Misleading online advertisements featuring celebrities struck again, this time using a picture of the stars of "Speed" and "The Lake House." 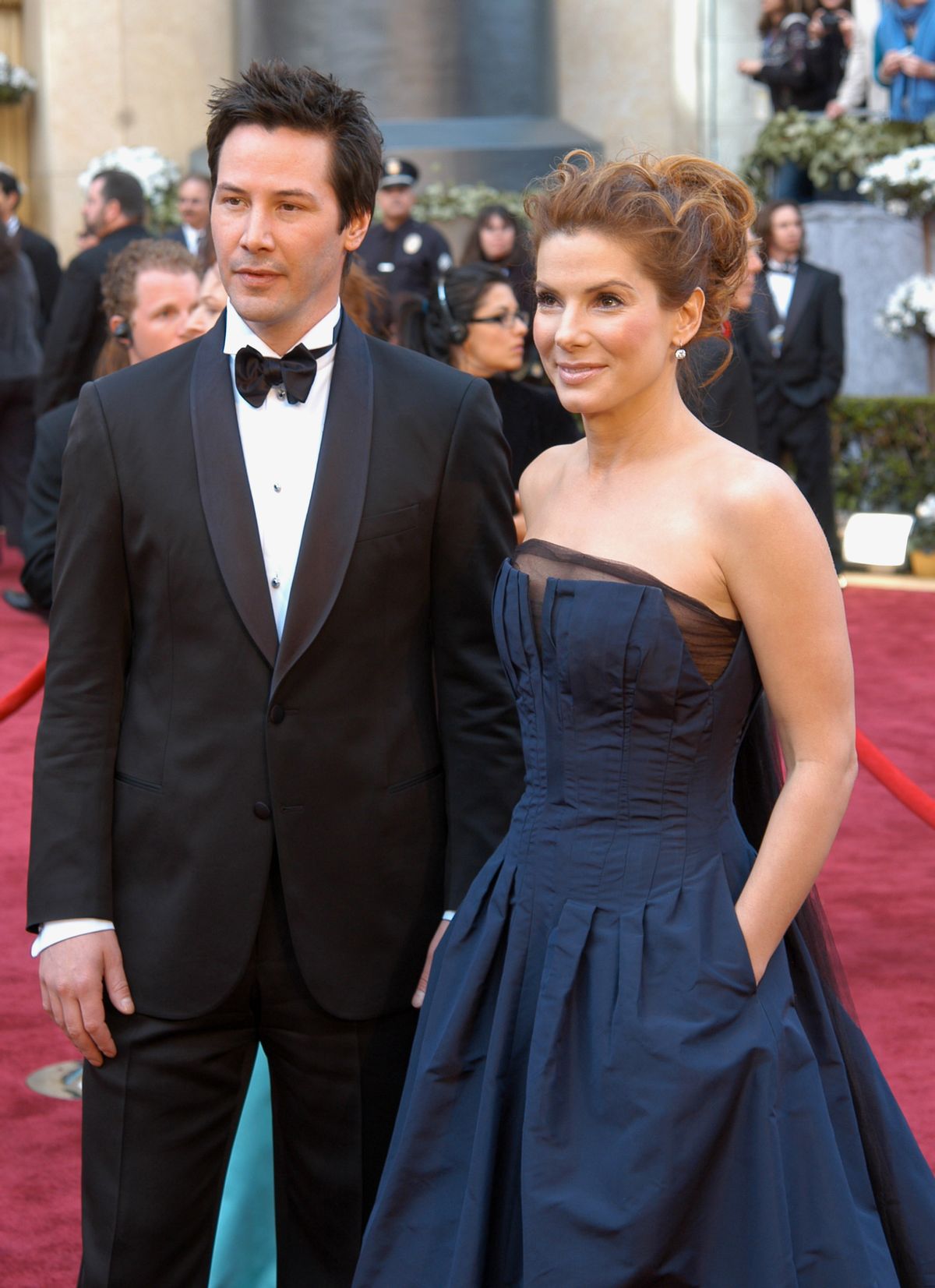 In January 2021, an online advertisement featured a photograph of Hollywood actors Sandra Bullock and Keanu Reeves and appeared to claim that Reeves was Bullock's son. Promoting a website named Direct Healthy, the ad claimed: "[Photos] Sandra Bullock's Son is All Grown Up & He Might Look Familiar to You." Reeves is not Bullock's son. The misleading online advertisement led to a slideshow article with almost 200 pages, with Bullock's page near the end of the story. Readers had to click "next page" around 190 times to reach it.

Placing the answer readers are looking for near the end of a long slideshow article is a common tactic of an advertising strategy known as "arbitrage." The idea was to make more money on ads displayed on the pages than it cost to pay for the initial ad that lured readers in the first place.

Further, Bullock is only a few months older than Reeves. Both Hollywood stars were born in 1964. They also had kissing scenes in both the 1994 movie "Speed" and the 2006 film "The Lake House." In other words, the ad did not make a shocking revelation akin to the characters Luke and Leia Skywalker, who kissed in the "Star Wars" films but later were revealed to be siblings.

Despite what the ad said about Bullock's son looking "familiar" to readers, it's unlikely that anyone recognized her children because they are not public figures. The ad also claimed that Bullock's son was "all grown up." This was false.

In 2015, People magazine reported on Bullock's second adoption. At the time, her daughter was 3 and her son was 5.

The full picture from the ad was snapped on June 7, 1994. It showed Bullock and Reeves posing together at a premiere event for "Speed." The pair starred in the action thriller together. We've previously reported on a number of misleading online advertisements that featured celebrities. For example, one such ad made it appear that comedians Kate McKinnon and Leslie Jones married each other. Tom Selleck was also a common sight in these kinds of ads, whether it's rumors about his family or his status on the long-running TV drama "Blue Bloods." We've also debunked strange claims about Rebel Wilson and Amanda Bynes.