Is This a Video of Sand Moving Like Water in 'Allen Alkhai Desert'?

Here we have a genuine video with a less-than-genuine caption. 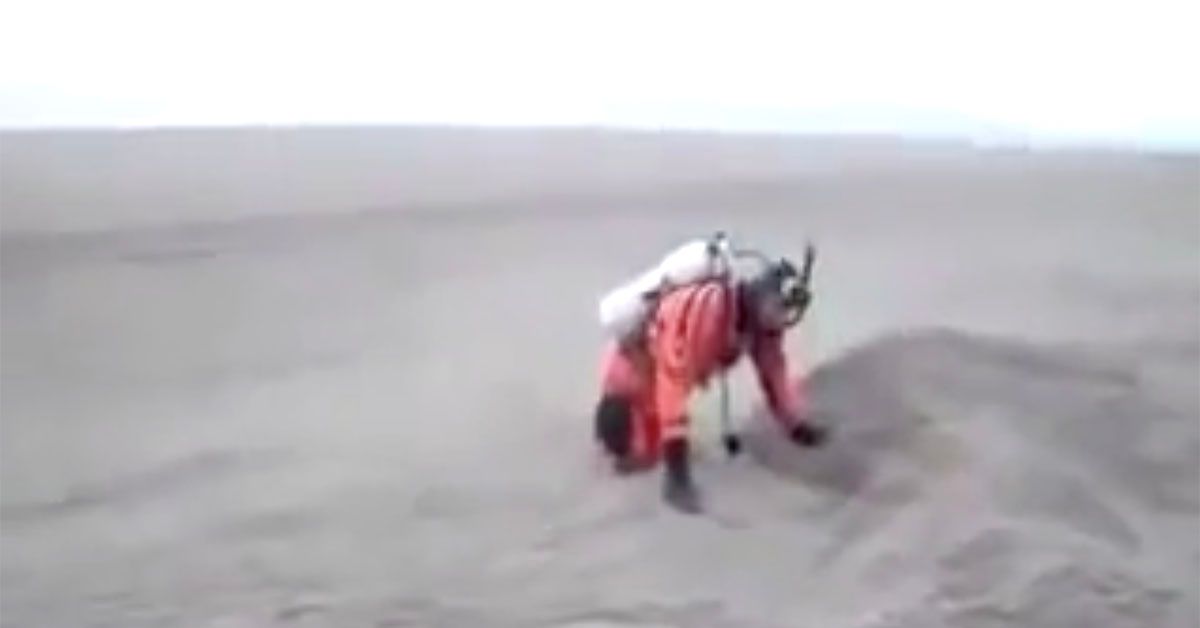 Claim:
A video shows sand moving like water in a desert in Saudi Arabia.
Rating:

A video supposedly showing sand moving like water in the "Allen Alkhai" desert in Saudi Arabia racked up several million views after it was posted to the "All About Geography" Facebook page in May 2019:

All About Georgraphy captioned the video: "South of Saudi Arabian border ... This is not water ... This is Sand ... Yes sand. It’s called Allen Alkhai desert."

However, there doesn't seem to be any arid region in Saudi Arabia called the "Allen Alkhai desert." This video is likely referring to the Rub' al Khali desert, which covers portions of Saudi Arabia, Oman, the United Arab Emirates, and Yemen.

This desert's name, however, isn't the only thing this Facebook page got wrong. The footage was not captured anywhere in Saudi Arabia, and it does not show desert sand moving in a water-like fashion.

This video, shot in June 2011, instead shows a diver attempting to "swim" in Argentina's Nahuel Huapi Lake after it was filled with volcanic ash from the Puyehue Volcano in nearby Chile. The video, which was included in a contemporaneous news report from the Telegraph, was originally uploaded to YouTube by 'Isra Ramone":

Diver trying to swim in the Nahuel Huapi lake, which is covered by a thick layer of volcanic ash emitted by Puyehue volcano.

The Puyehue Volcano had lain dormant for decades before erupting in June 2011 and covering the area in a cloud of ash. The Atlantic reported on how the ash impacted the area:

Though the eruption at Chile's Puyehue-Cordon Caulle volcano chain has diminished slightly since it began on June 4, it continues to wreak havoc both near and far. Ash and floating pumice stones are choking nearby lakes and rivers, threatening to damage dams or cause flooding. Resort areas in Argentina that would normally be preparing for ski season are digging themselves out from under a blanket of ash, trying to restore water and power services knocked out by the volcano. Evacuated ranchers are worrying about the livestock they left behind without grazing pasture. Puyehue's ash cloud has already circled the globe, high in the atmosphere, disrupting air traffic as far away as Australia and New Zealand. People on the shore of Lake Nahuel Huapi's Machete branch, touch the ashes from Chile's Puyehue volcano which practically cover its surface, near Villa La Angostura, in the Argentine province of Neuquen, taken on June 19, 2011. Thousands of evacuated Chileans were allowed to return home Sunday two weeks after the eruption of the Puyehue volcano, which sent a huge ash cloud into the sky and disrupted air travel in the southern hemisphere. "The volcano's activity has been steadily decreasing, which allows us today to lift the evacuation order in the area and permit the 4,270 people who have been evacuated to return to their homes," said Laurence Golborne, Chile's minister for mining and energy.