Is San Francisco Considering Plan To Give $5M to Each Eligible Black Person for Reparations?

Racial inequality and injustice have long been a part of the city’s history. 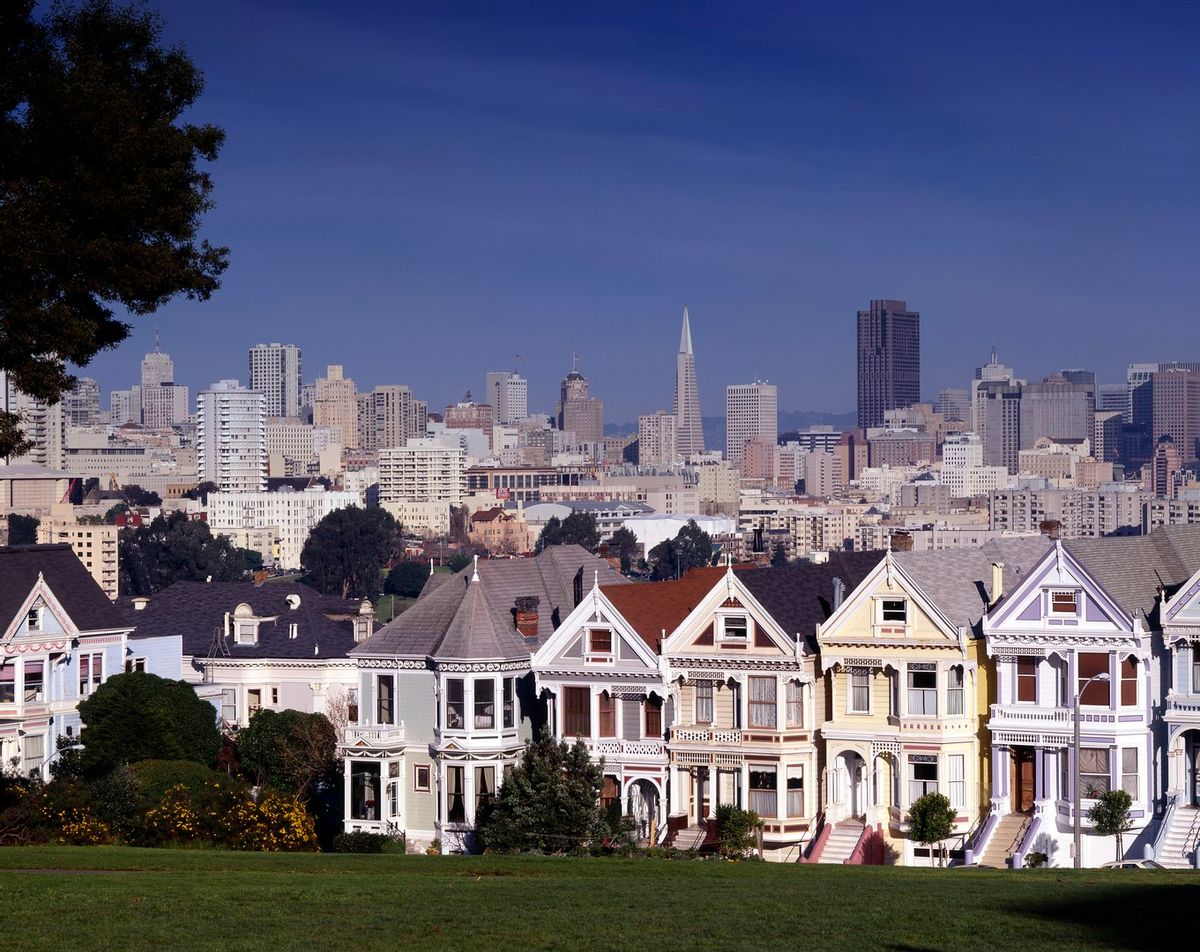 Claim:
A committee has proposed that the city of San Francisco give $5 million each to qualifying Black people as part of a reparations plan to cover “economic and opportunity losses” the community has endured throughout history, both due to the city’s policies and the wider effects of societal discrimination.
Rating:

A draft proposal of the reparations committee, an advisory body, has recommended providing a lump sum of $5 million to each Black recipient who meets specific criteria. However, the city must first approve this policy for it to be implemented. A final version of the reparations proposal will be submitted to the city in June 2023, and may face some changes before then. We have reached out to the committee to learn more.

California was never a slave state, but for generations, cities like San Francisco perpetuated segregation, racial discrimination, and systemic oppression, something that the city's African American Reparations Advisory Committee's (AARAC) reparations proposal is hoping to address. Created by the city's Board of Supervisors in December 2020 amidst a global reckoning on racism, AARAC was assigned the task of comprehensively finding solutions to the inequalities that exist in the city's Black communities. And one proposal in particular has many people talking.

After two years of research, the draft proposal came up with a number of financial recommendations, which included giving eligible Black people a lump sum payment of $5 million each. According to the draft, which was released in December 2022, the city would:

1.1 Provide a one-time, lump sum payment of $5 million to each eligible person.

Rationale: A lump sum payment would compensate the affected population for the decades of harms that they have experienced, and will redress the economic and opportunity losses that Black San Franciscans have endured, collectively, as the result of both intentional decisions and unintended harms perpetuated by City policy.

In order to qualify for these reparations, residents must be 18 at the time the proposal is enacted, identify as Black/African American on public documents for at least 10 years, and meet (and have documentation supporting) at least two of the following criteria:

Personally, or the direct descendant of someone, incarcerated by the failed War on Drugs

Descendant of someone enslaved through US chattel slavery before 1865

Displaced, or the direct descendant of someone displaced, from San Francisco by

Listed, or the direct descendant of, a Certificate of Preference holder

The state of California has also put together its own reparations task force, which is scheduled to release its report in 2023. The city of Oakland in California also experimented with its own guaranteed income program that gave monthly payments through a lottery that randomly selected low-income families.

San Francisco was a Ku Klux Klan stronghold in the 20th century, and barred Black people from getting city jobs, kept them out of living in certain areas, and demolished Black neighborhoods and commercial areas. The city has thousands of homeless people of which a disproportionate number are Black. The report noted:

The San Francisco African American Reparations Advisory Committee has ultimately found that the effects of various programmatic and policy decisions by San Francisco's government have been generational and overlapping. Of particular focus has been the era of urban renewal, perhaps the most significant example of how the City and County of San Francisco as an institution played a role in undermining Black wealth and actively displacing the city's Black population. As the growth of San Francisco's African American population accelerated between 1940 and 1963, public and private entities facilitated and coddled the conditions that created near-exclusive Black communities within the city, limited political participation and representation, disinvested from academic and cultural institutions, and intentionally displaced Black communities from San Francisco through targeted, sometimes violent actions.

The San Francisco task force recommendations appear to be part of a draft proposal only. The group will submit a final proposal to the city in June 2023, at which point the city will decide whether to accept it. The San Francisco Board of Supervisors, which created AARAC, is also able to outright ignore the proposal.

Board of Supervisors President Aaron Peskin told the San Francisco Chronicle that he hoped his colleagues would approve the proposal. "There are so many efforts that result in incredible reports that just end up gathering dust on a shelf. We cannot let this be one of them," he said.

AARAC clarified that its role is purely advisory:

This document is intended to elevate policy and program recommendations for a comprehensive Reparations Plan for Black San Franciscans. It is important to note that the AARAC serves as an Advisory Committee, and is only empowered to make recommendations; the body has no authority to implement these recommendations, and City officials are not required to implement any part.

We have reached out to AARAC and will update this post if we get more information.

This is still a proposal at the moment, and it has not been approved and implemented yet. We rate this claim as "True."