Is This Samuel L. Jackson with MLK at a Pool Hall?

This is a genuine photo of Martin Luther King Jr., but the man wearing shades in the background isn't Samuel L. Jackson. 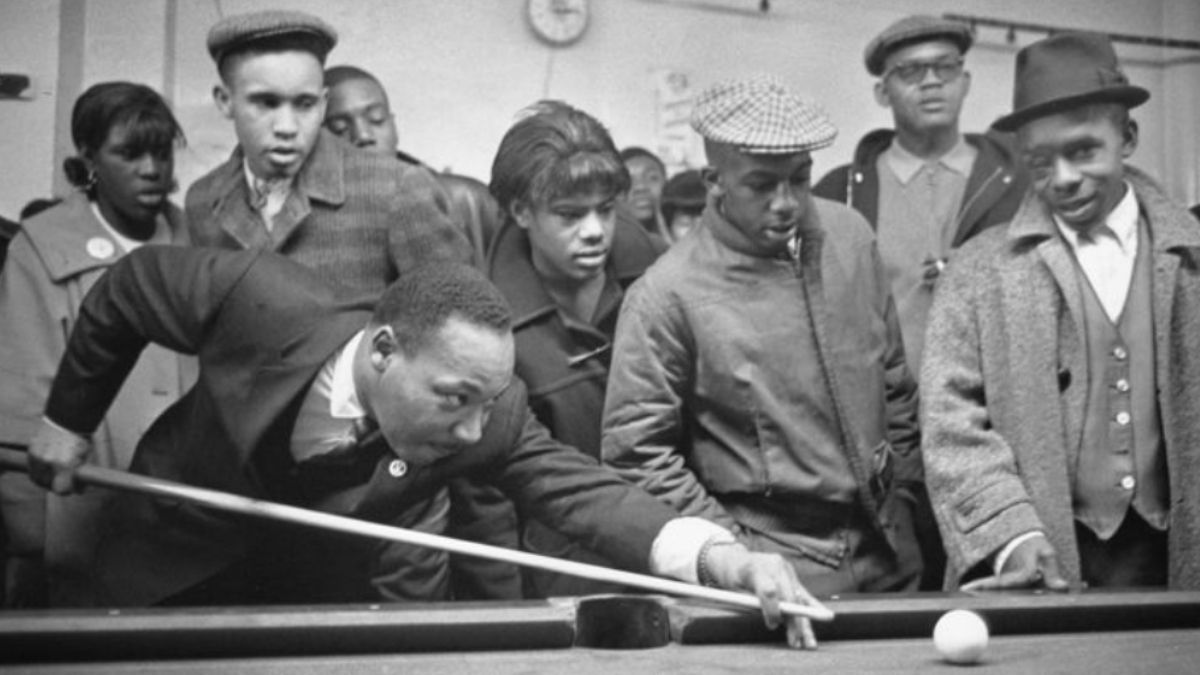 This is a genuine photograph of Martin Luther King Jr. at a pool hall; but contrary to rumor, the man in the background is not Samuel L. Jackson. This is a genuine photograph of King shooting pool in the 1960s. But the man in the background (on the right with glasses) is not Jackson.

This photograph was taken by Bob Fitch in Chicago, Illinois in 1966. Fitch was the photographer for the Southern Christian Leadership Conference (SCLC), of which King served as president, and traveled with the civil rights leader to document the movement. "The Bob Fitch Photography Archive" is available via Stanford University.

The details behind this specific photograph are scarce. Stanford only notes that this picture was taken in 1966 in Chicago. None of the people in the background are identified in the archive's version of the photograph, but we can confidently say that this person isn't Jackson. Why? Because Jackson said that he isn't the person in the photo.

After this picture went viral, Jackson posted to Twitter: "Okay, I met Dr King, but not at a pool hall. That’s NOT me!!"