Did Salvation Army Ask Followers To Repent and Apologize for Racism?

The Christian charitable group says it has withdrawn a publication about racism for review and clarification. 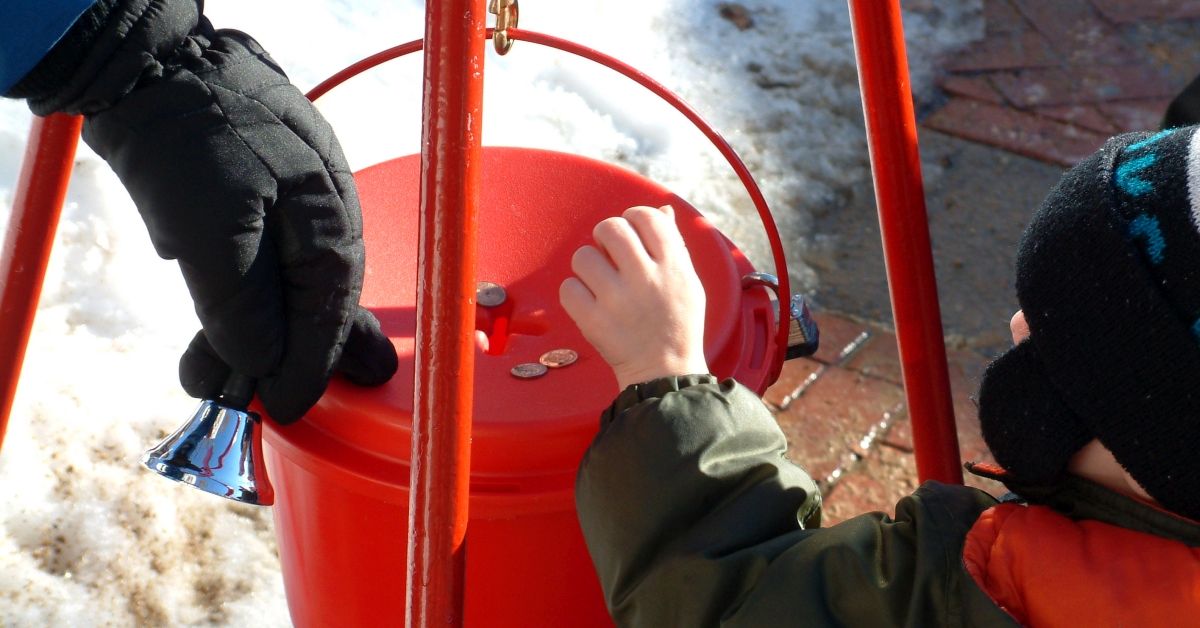 It is true that in November 2021, The Salvation Army published a guidance pamphlet entitled "Let's Talk About Racism," in which it encouraged followers to think critically about individual and systemic racism, and to "Lament, repent and apologize for biases or racist ideologies held and actions committed." In response to a public backlash, the organization denied accusations that it believes donors should "apologize for their skin color" or that America is "inherently racist." However, it did withdraw the guide from distribution for "appropriate review" and clarification.

During the 2021 holiday season, The Salvation Army not only set up its well-known “red kettles” outside of stores around the U.S., but also quickly found itself a source of controversy after reportedly asking followers to apologize and repent for racism.

The guidance was reported on Nov. 23, 2021, by Central Nova News, a conservative publication based out of Virginia, in a news article that argued the Christian organization was “demanding” that white donors “apologize for being racist.” A handful of media outlets picked up the story in the following days, including FOX11 News in Wisconsin, the digital platform Shine My Crown, and the Christian Broadcasting Network.

Then, on Nov. 29, The Salvation Army announced it had voluntarily withdrawn its guide "Let's Talk About Racism" for "appropriate review" after it "became the focus of controversy."

"We have done our best to provide accurate information, but unfortunately, some have chosen to ignore those efforts. At the same time, International Headquarters realized that certain aspects of the guide may need to be clarified," wrote the organization.

"Consequently, for both reasons, the International Social Justice Commission has now withdrawn the guide for appropriate review."

By and large, the critical articles accurately quoted content from the documents released by the  organization. However, in some cases, only portions of the quotes were shared. Also, it is true that The Salvation Army withdrew some of the published content, stating that media accounts inaccurately stated that the organization asked followers to “apologize for the color of their skin,” or that The Salvation Army may have “abandoned its Biblical beliefs for another philosophy or ideology,” for example those that align with Black Lives Matter. As such, the guide had been removed for “appropriate review.”

“The beliefs that motivate our service are based solely on the Bible, and that will never change,” wrote The Salvation Army in a now-updated statement.

“But although we remain committed to serving everyone in need — regardless of their beliefs, backgrounds, or lifestyle — some individuals and groups have recently attempted to mislabel our organization to serve their own agendas. They have claimed that we believe our donors should apologize for their skin color, that The Salvation Army believes America is an inherently racist society, and that we have abandoned our Christian faith for one ideology or another.”

Those claims are “simply false” and “distort the very goal” of the organization’s work, read the statement.

“The truth is that The Salvation Army believes that racism is fundamentally incompatible with Christianity, and that we are called by God to work toward a world where all people are loved, accepted, and valued,” wrote The Salvation Army in reference to its internal position statement on racism.

For a more in-depth look, Snopes compared the two controversial documents to better understand the context in which the organization published its guidance on racism.

The now-deleted, 67-page pamphlet, titled “Let's Talk About Racism" was created under The Salvation Army’s International Social Justice Commission. The document noted that race and racism were “born of sinful human design” and “have no basis in science or biblical thought.” The organization further asked that salvationists “lament, repent and apologize for biases or racist ideologies held and actions committed.”

Followers were also advised to “engage in conversations about race and racism” and that they “must keep in mind that sincere repentance and apologies are necessary … to move towards racial reconciliation.”

It is true that the pamphlet said the following, verbatim:

Many have come to believe that we live in a post-racial society, but racism is very real for our brothers and sisters who are refused jobs and housing, denied basic rights and brutalized and oppressed simply because of the color of their skin. There is an urgent need for Christians to evaluate racist attitudes and practices in light of our faith, and to live faithfully in today’s world. We need to seek the wisdom and grace of God in every part of our lives.

And used the below description to define the “denial of racism”:

A Look Through 'Study Guide on Racism'

It is also true that an accompanying study guide on racism read, in part, as follows:

"The subtle nature of racism is such that people who are not consciously racist easily function with the privileges, empowerment and benefits of the dominant ethnicity, thus unintentionally perpetuating injustice."

Another quote included in the Central Nova News article reported the pamphlet as having read, "'Sunday school curriculum that only uses white photography and imagery' is an example given that perpetuates injustice."

However, that article left out the broader context of the quote:

In any case, at least some of this material has been withdrawn for review and clarification. We have reached out to The Salvation Army to find out when the review of the guidance might be done and the material available again, and will update this article if or when we learn more

Along with Coins This Christmas, Salvation Army Wants White Donors to Offer a “Sincere Apology” for Their Racism - Tennessee Star. 26 Nov. 2021, https://web.archive.org/web/20211126175111/https:/tennesseestar.com/2021/11/25/along-with-coins-this-christmas-salvation-army-wants-white-donors-to-offer-a-sincere-apology-for-their-racism/.

The Salvation Army’s Response to False Claims on the Topic of Racism | The Salvation Army USA. https://www.salvationarmyusa.org/usn/story/the-salvation-armys-response-to-false-claims-on-the-topic-of-racism/. Accessed 1 Dec. 2021.