A Facebook "prank" fooled many people into believing that a saltwater crocodile was captured in Connecticut. 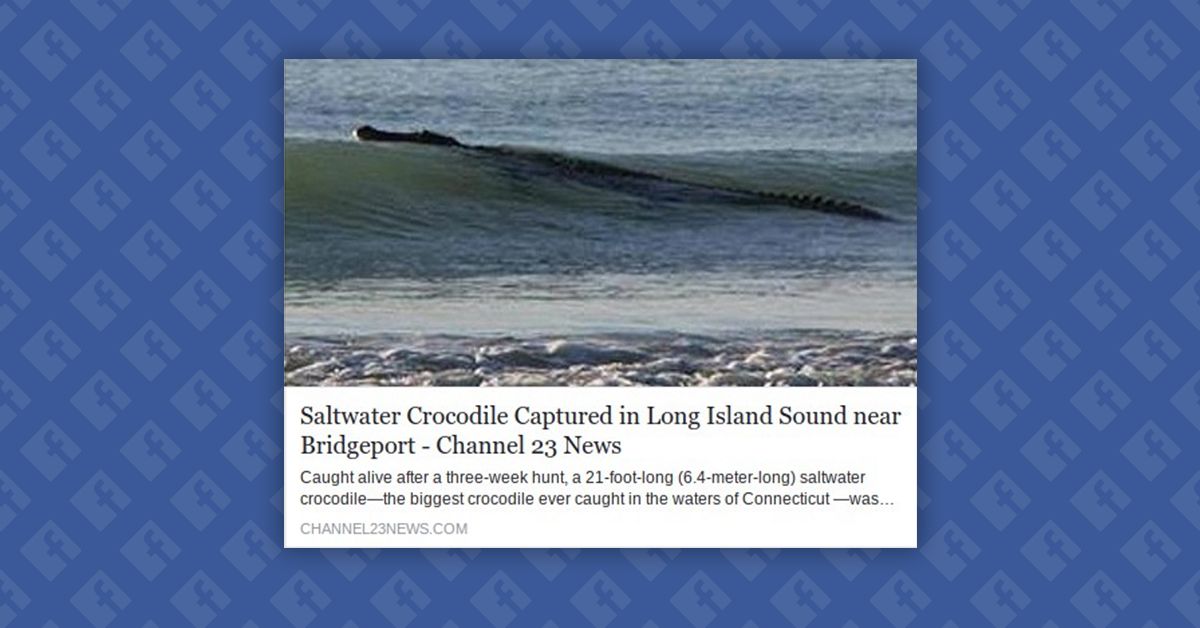 A Facebook post that appeared to link to a genuine news item about a 21-foot crocodile that was captured after killing two people in Connecticut appeared in June 2017: However, the link actually leads to the "prank" web site Channel23News.com, which allows users to create their own fake news stories. In this case, the article appeared to report:

Caught alive after a three-week hunt, a 21-foot-long (6.4-meter-long) saltwater crocodile—the biggest crocodile ever caught in the waters of Connecticut —was restrained on Thursday June 22, according to the Associated Press.

The 2,369-pound (1,075-kilogram) crocodile is suspected of attacking several people and killing two. The animal, named Salty survived capture and is being held in a temporary enclosure in the Herman Issacs, Co.

The web site includes several not-so-subtle hints that its content is fake: the "You Got Owned!" meme in its header, the text "You've Been Pranked!" next to the story, and the disclaimer in the footer: We do NOT support FAKE NEWS!!! This is a Prank website that is intended for Fun. Bullying, Violent Threats or posts that Violate Public Order are NOT permitted on this Website.

The fake saltwater crocodile article used an image from a 2014 news article about a crocodile that was spotted off the coast of Australia.