Is Corona the Patron Saint of Plagues?

St. Corona was likely martyred sometime in the 170s, but it's doubtful she was the saint of pandemics. 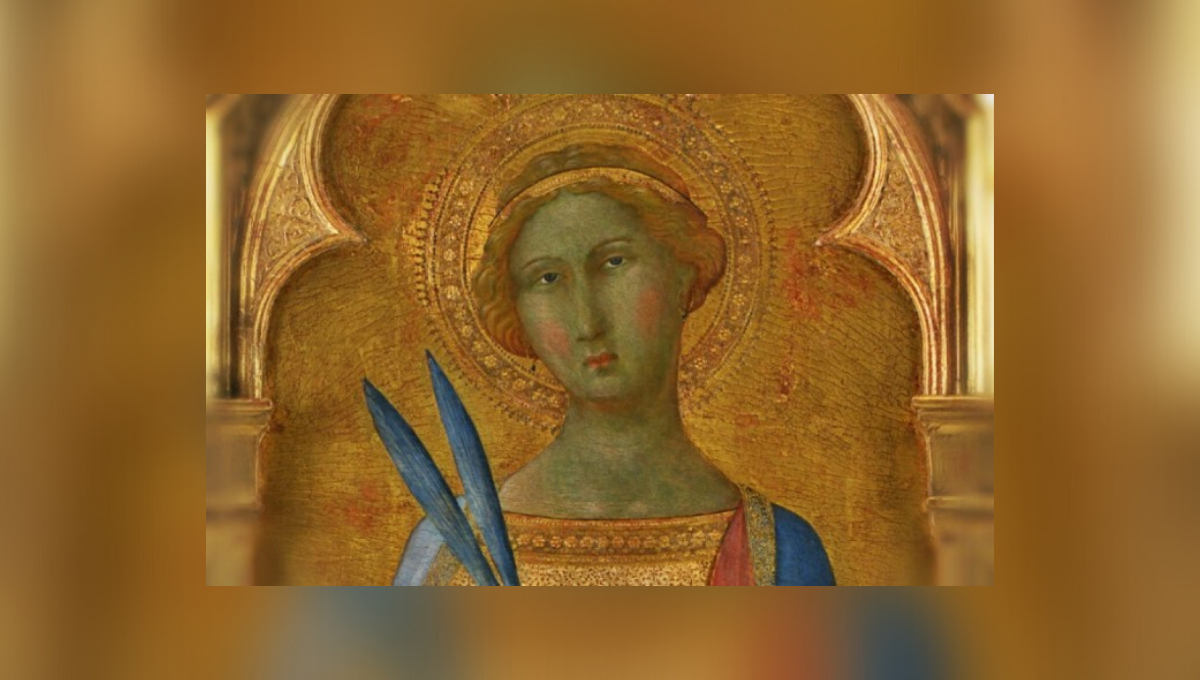 Claim:
St. Corona is the patron saint of plagues.
Rating:

In March 2020, as the COVID-19 coronavirus disease continued to spread around the globe, many social media users encountered a rumor that was almost too perfect to believe: A "patron of saint of plagues" or "pandemics" existed, and she shared a name with the virus at the center of the outbreak: Corona.

Gloria TV was one of the first to report on this rumored coincidence:

There Is A SAINT CORONA, And She Is the Patron Saint Against EPIDEMICS

In Anzù, Northern Italy, the hotbed of the coronavirus in Europe, is a basilica where the relics of Saint Victor and Saint Corona are being preserved since the 9th century...

... Saint Corona is especially venerated in Austria and Bavaria as the patron-saint of treasure hunters and against epidemics. Her feast day is May 14.

The Gloria TV article provided no sources to support the claim, but the rumor was picked up by several popular Catholic websites and even the Diocese of Lansing, Michigan. When we searched for more information about St. Corona, however, we found the claim of a "patron saint of plagues" is a modern invention that only started to circulate in the aftermath of the COVID-19 pandemic.

Catherine M. Mooney, president of the Hagiography Society, and associate professor of Church History, Boston College, School of Theology and Ministry, confirmed to us via email that St. Corona was not known as the patron saint of pandemics.

There are literally many thousands of saints. Along with those who actually existed, there are many more that have simply appeared in legends over the centuries, often made up out of whole cloth. Online web sites on saints are notorious for repeating legendary information.

The short answer to your question: Saint Corona has not been known as the patron saint of pandemics, at least not until someone (but who?) recently named her thus. That moniker must have been given her because her name "Corona," which means crown, could connect her to the coronavirus.

We found several mentions of St. Corona in articles published over the years, but it wasn't until March 2020 that she became connected to pandemics, plagues, or contagious disease.

In 2008, for instance, St. Patrick Catholic Church in Washington, D.C., mentioned St. Corona in its "Saint of the Day" column. This article did not identify St. Corona as the "patron saint of plagues." Rather, it noted St. Corona was a martyr who was killed along with her husband, St. Victor, circa A.D. 176.

St. Patrick Catholic Church also noted that accounts of Corona's death may not be reliable: "Died c. 176. Saint Victor and his wife Corona were martyred, probably in Syria. The details of their martyrdom as compiled in their Acta are untrustworthy (Benedictines). In art, Victor and Corona are portrayed as they are ripped asunder between trees (Roeder)."

The website Catholic.org provides a similar account of St. Corona's death, writing that she and her husband were put to death during the reign of Marcus Aurelius, but that accounts of their deaths are considered unreliable. This website also noted that Corona was often invoked "in connection with superstitions involving money, such as gambling or treasure hunting," not pandemics or plagues.

A 1929 edition of the Battle Creek Enquirer, a newspaper from Battle Creek, Michigan, identified St. Corona as the "wife of an Syrian Christian" who was put to death because of her faith. This clipping made no mention of her being the patron saint of plagues:

Antonio Borrelli, former director of Catholic Action in the Diocese of Naples, wrote a fuller account of St. Corona in 2006.  According to Borrelli, she was actually the wife of one of Victor's comrades. When Victor was being tortured for his faith, Corona declared that she, too, was a Christian, and was martyred beside him:

According to the "Illustrious Certamen", a text written by a deacon of the Church of Antioch in the 4th century, Vittore was a Christian soldier from Cilicia. During the persecution of Marcus Aurelius, he was reported to the prefect Sebastiano and subjected to torture.

While he was suffering, while remaining serene in faith, the wife of one of his comrade in arms, whose name was Corona (Latin equivalent of the name Stefania), who was not yet sixteen years old, declared that she too was Christian and encouraged her . She was arrested and subjected to a brief interrogation, after which she was tied by the feet to the tops, folded on the ground, of two palm trees, and quartered alive. Vittore, however, was beheaded.

Borrelli notes that accounts of Corona's death aren't entirely reliable because details (such as the date and location) vary depending on the source. But nowhere in Borrelli's article is Corona identified as the patron saint of plagues or pandemics.

In one depiction of Corona's death, she is seen tied between two trees while Victor is beheaded in front of her: We found several articles about St. Corona prior to March 2020, but none of these articles identified her as the patron saint of plagues. It appears that is a modern title that was unofficially bestowed upon St. Corona after the coronavirus spread around the globe.

Candida Moss, Edward Cadbury Professor of Theology at the University of Birmingham, also disputed this rumor on Twitter. Moss wrote that while St. Corona really existed, she is not the patron saint of infectious disease. While St. Corona was not known as a patron saint of pandemics, Mooney noted that there have been other saints associated with plagues and infectious diseases, including St. Sebastian, St. Roch, St. Nicholas of Tolentino, and St. Rosalia.

Mooney also informed us that there isn't really an official process for a saint to become a "patron" of one particular subject:

Another point: a pope or some other church authority may occasionally name someone a patron of this or that, but there is no process for this to happen. Pope Pius XII named St. Clare of Assisi (d. 1253) as the patron saint of television owing to the fact that it is reported she once had a vision. Lots of saints, or alleged saints, are named patrons of one thing or another by anyone - and then the title sometimes sticks.

In short: A saint named Corona, who was martyred sometime in the 170s, truly existed, but accounts about her death aren't entirely reliable. While Corona has been invoked in connection to "superstitions involving money, such as gambling or treasure hunting," her connection to infectious disease did not start until March 2020 when a virus that shared her name started spreading around the globe.

In other words, St. Corona is not the officially designated patron saint of plagues.