Editing or adding captions to imagery is a part of a meme culture ... and also one way misinformation spreads. 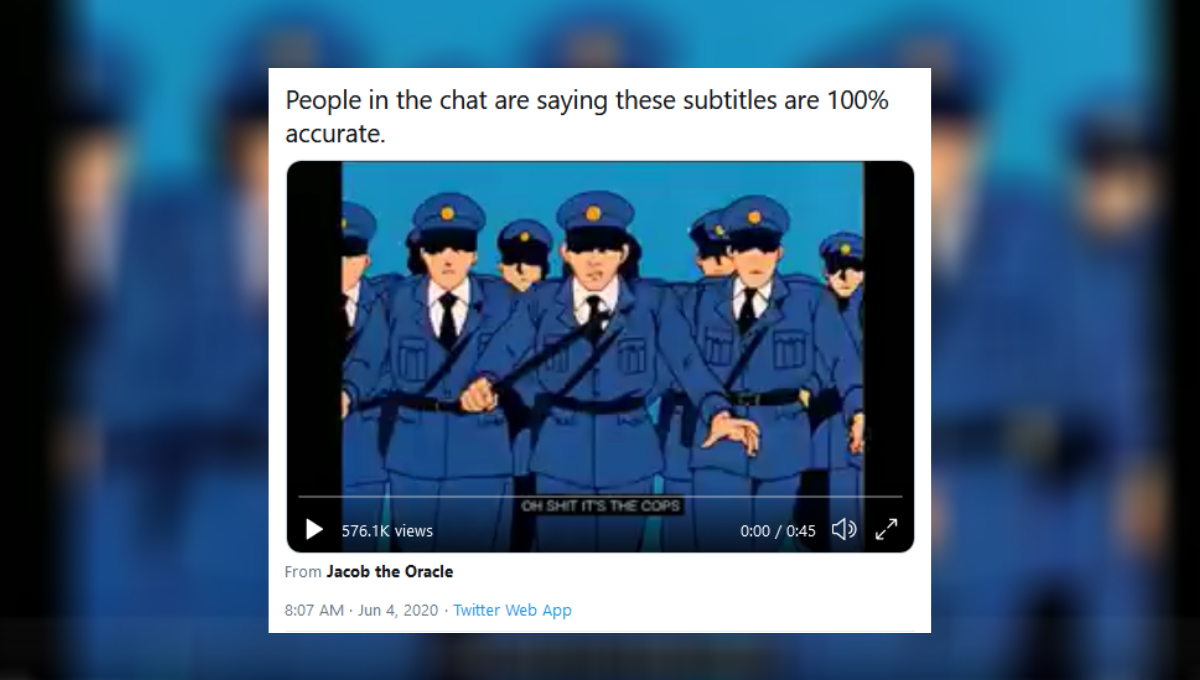 In June 2020, as protests against police violence and racial justice took place around the U.S. and elsewhere, a video spread on social media supposedly showing a clip from the Japanese anime series "Sailor Moon" in which the main characters call cops "dirty pigs," "fascists," and "class traitors":

The images in this clip truly come from an episode of "Sailor Moon," but these captions are not "100% accurate" as one Twitter user claimed.

The images come from an episode entitled "Fight to the Finish," in which the Sailor Soldiers fight a group of impostor police officers that were created by antagonist Jedite.

A description of the episode from the "Sailor Moon" fandom wiki reads: "As a safety precaution, members of the Keishichō, the Tokyo Metropolitan Police Department, are stationed in the airport, but Jedite puts them all to sleep before replacing them with fakes to attack the Sailor Scouts. Serena, Amy, and Raye take a train to the airport where the phony cops attack them. They all transform. Sailor Mercury discovers them to be monsters made out of clay by Jedite, and Sailor Mars destroys them."

We viewed this episode on Hulu where it is titled "Girls Unite: The End of Jadeite" and transcribed the relevant portion of the episode below:

"Wait a minute, something's not right!"

"I knew it! These officers aren't real humans! They're just clay golems!"