Do These Photographs Show Snowfall in the Sahara Desert?

The meteorological phenomenon is rare but not unprecedented. 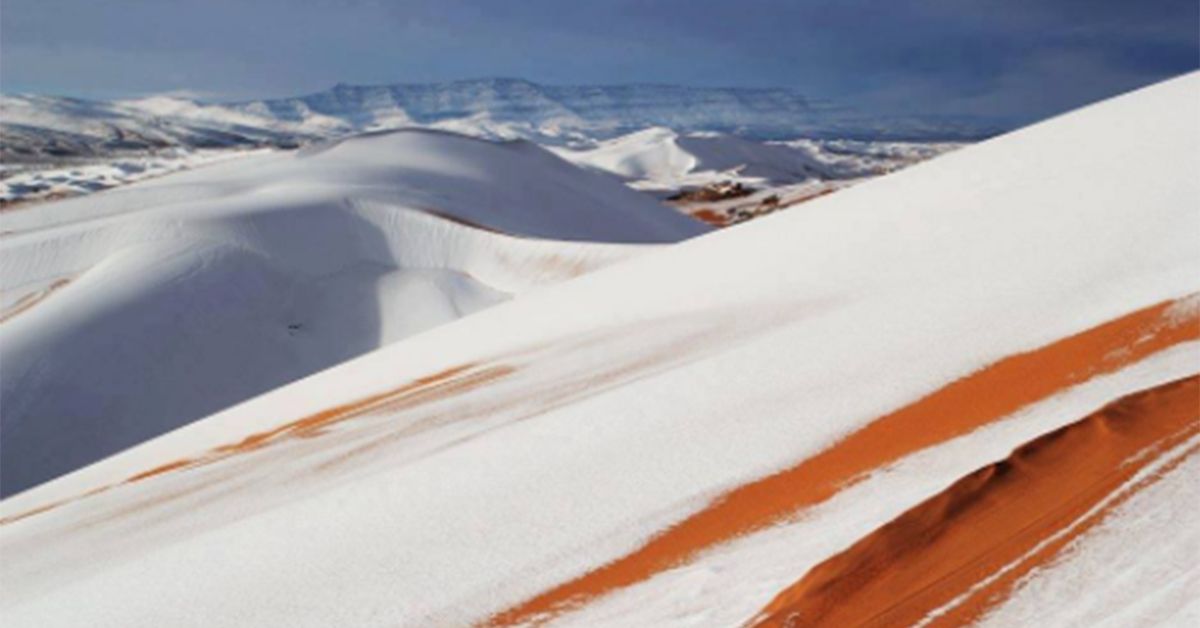 In January 2018, snow fell in a high-altitude region of the Sahara Desert located in northern Algeria. The area has experienced snowfall in the past, and these events often generate significant media coverage due to the seemingly counterintuitive nature of snow falling in a desert (despite the fact that deserts refer to lack of precipitation rather than average temperatures). That media coverage often comes with the claim that it is the first time snow has touched desert sand in decades — despite the fact that such occurrences take place fairly regularly.

Just over a year ago, we investigated similar photographs of snow from the same town, Aïn Séfra. Those photographs, as well as these (captured by local photographers) are real and have been corroborated by Algerian news reports. Sekkouri Kamel, who lives in Aïn Séfra, posted a series of photographs to his Facebook account, some of which were subsequently shared by National Geographic.

Here are some of Kamel's images:

Hamouda Ben Jerad, a professional photographer who also lives in Aïn Séfra, shared images of the desert snow on his Facebook page, including one showing a number of local people sliding down a snow-covered sand dune.

Snow has fallen in Aïn Séfra — which, while normally dry, regularly experiences conditions approaching freezing — on at least four occasions in the past six years. On 21 January 2017, flurries from dawn until late afternoon left most of the area blanketed in snow, as reported by French news site France Info. A month before that, there was a brief flurry of snow lasting only a couple of hours, also according to France Info. This event was widely (but falsely) reported as the Sahara Desert's first snow in almost 40 years.

In fact, snow was documented over the desert in the Bechar region near Aïn Séfra in January 2012 by Algerian TV channel Central TV, which described it as "an exceptional natural phenomenon in this Saharan region."

Before 2012, the most recent significant Saharan in this region appears to have occurred in February 1979, though it bears mentioning that a lack of social media and widespread digital cameras during these years would have made a light dusting far less global a news story. Debates about frequency aside, these photographs of snow in the Sahara Desert are real.