Is the Ruyi Bridge in China Real?

The fantastical architecture of the Ruyi Bridge in China led some to believe that it was the result of computer generated imagery. 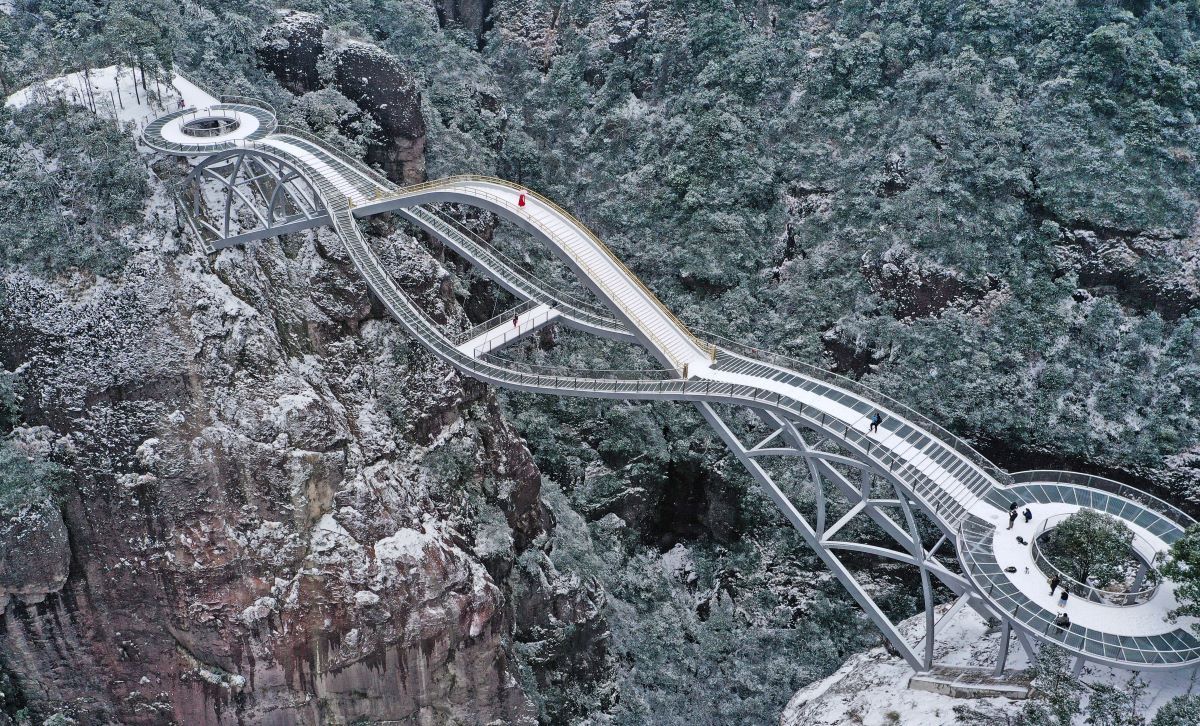 In January 2021, a video supposedly showing an undulating glass bridge overlooking a mountainous area in China was widely circulated on social media. One version of the video shared by Canadian astronaut Chris Hadfield was viewed more than 100,000 times:

The video was met with some skepticism as it circulated online, but the Ruyi bridge is real. This wavy piece of architecture is located in the Shenxianju Scenic Area in China's Zhejiang Province.

According to the official Weibo account for the Shenxianju Scenic Area, construction on the Ruyi bridge began in 2017 and was finally opened in September of 2020. In a second post, the park explained that the bridge spans 100 meters across the east and west gorges of Shenxianju. A rough translation of the post read:

With a total length of 100 meters and a vertical height of more than 140 meters, it spans the east and west gorges of Shenxianju. Intertwined into an undulating bridge body, visitors have a sense of experience when they pass. The rigid and soft shape is perfectly integrated with the natural scenery of the Fairy House, just like a jade ruyi in the sky, and like a fairy draped silk. The painting is like a screen, and when seen from a distance, the mountains are full of movement, and they also carry beauty and auspiciousness.

The photograph at the top of this article is available via Getty Images and shows the the Ruyi Bridge in December 2020. Below are a few additional images we collected from the Shenxianju Scenic Area's Weibo page: