One of Russia's most important warships was truly damaged, but this video? 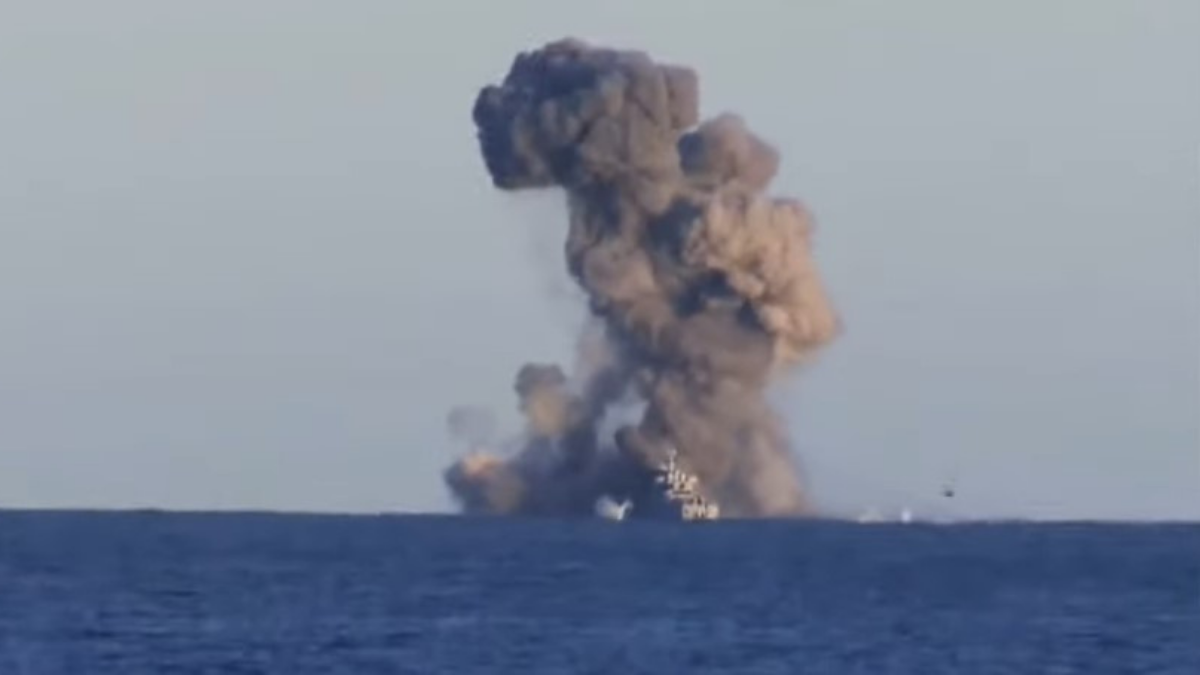 Claim:
A video shows an explosion on a Russian warship as it is struck with a Ukrainian missile.
Rating:

In April 2022, Russian sailors were forced to evacuate Moskva, one of the Russian Navy's most important warships, after it was badly damaged in the Black Sea. Shortly after this news broke, a video started circulating on social media that supposedly showed an explosion on a Russian warship after it was hit by a Ukrainian missile. This video, however, was unrelated to the current conflict in Ukraine. This video (which can be viewed below) truly shows an explosion aboard a naval ship, but this footage is several years old.

As first noted by Bellingcat's Eliot Higgins, this video was taken in 2013, and shows the KNM Trondheim, a Norwegian naval ship, being struck by a missile that was fired by the Norwegian Navy. According to Military.com, the recently decommissioned KNM Trondheim was used as target practice for Norway's new 880-pound Naval Strike Missile:

The Norwegian navy tests its new four-metre long, 880lb Naval Strike Missile by firing on one of its own ships, the KNM Trondheim, with spectacular results. Footage filmed from on- board the KNM Trondheim shows the moment the subsonic missile smashed into the side of the ship exploding in a massive fireball. Debris from 300ft long vessel is thrown high into the air as the missile hit the frigate which was in the waters off the coast of Andoy, head on causing extensive damage to the ship. The damaged ship was then towed back to harbour for examination.

A video of this naval exercise can be seen below:

This footage is unrelated to the current conflict in Ukraine. However, a Russian warship was truly damaged in April 2022. While the exact extent of the damage is unknown and there have been conflicting reports over the cause of the damage, there was an explosion aboard the Moskva that caused serious damage to one of Russia's most important warships.

The defence ministry said ammunition on the Moskva exploded in an unexplained fire, but that the 186-metre (610 foot) vessel was still afloat.

Ukraine claims it struck the vessel with its Neptune missiles.

The 510-crew warship has led Russia's naval assault on Ukraine, making it an important symbolic and military target.