Did Russian State TV Refer to President Trump as an 'Agent'?

We should note here that the term was in quotation marks. 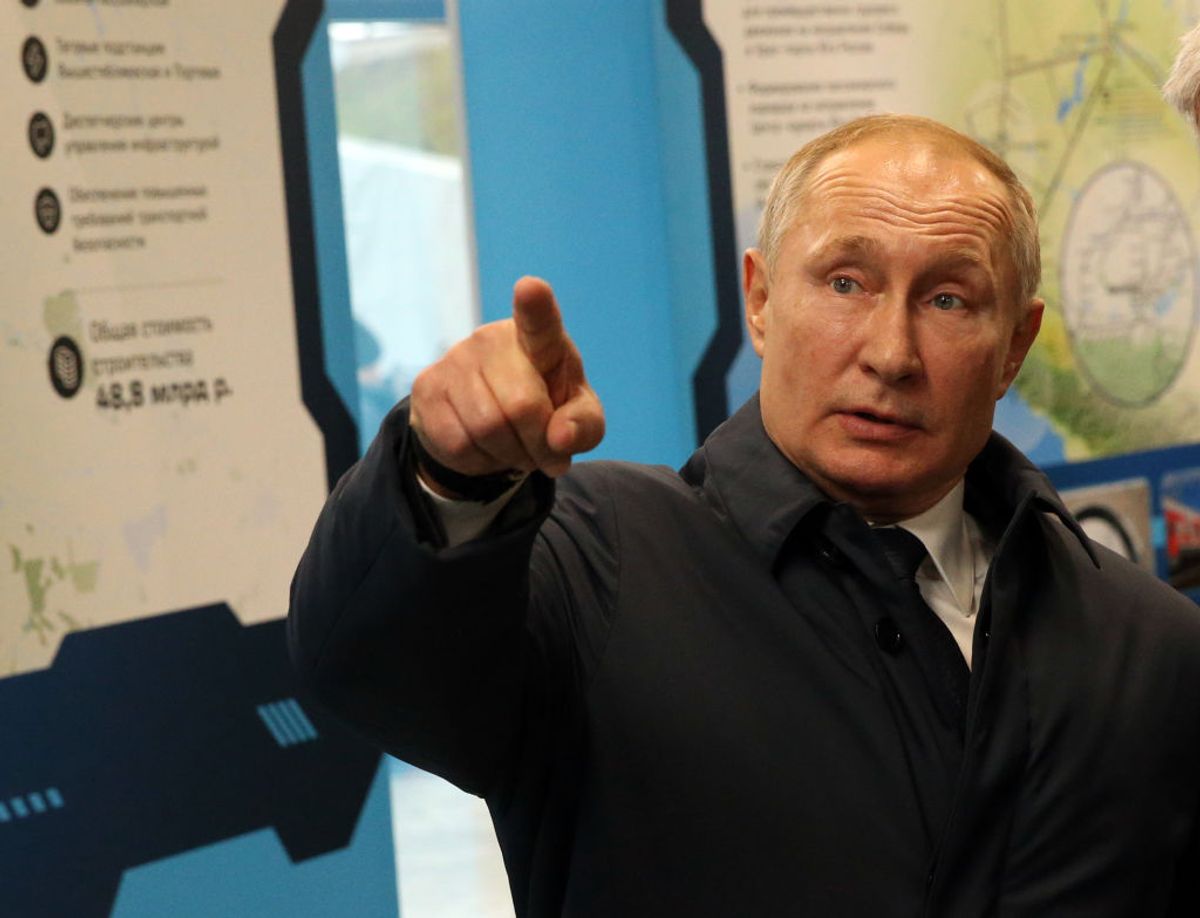 On Dec. 16, 2019, the news and opinion website The Daily Beast published an article with the following headline: "Russia’s State TV Calls Trump Their ‘Agent.'"

The Daily Beast piece was written by Russian media expert and native Russian speaker Julia Davis, who had reviewed a segment on a weekend news program that aired on Dec. 12, 2019, on Russia 1, a state-owned Russian television channel. The Russia 1 segment was titled "'Puppet Master' and 'Agent' — How to Understand Lavrov's Meeting with Trump." As Davis explained in the Daily Beast story:

Sometimes a picture doesn’t have to be worth a thousand words. Just a few will do. As Russian Foreign Minister Sergey Lavrov returned home from his visit with President Donald Trump in the Oval Office last week, Russian state media were gloating over the spectacle. TV channel Rossiya 1 aired a segment entitled “Puppet Master and ‘Agent’—How to Understand Lavrov’s Meeting With Trump.”

Our attempts to reach Davis before publication were unsuccessful, however we independently confirmed her translation with Daniel Treisman, a professor of political science at the University of California at Los Angeles who focuses on Russia. Treisman said that the title of the segment on Russian television did indeed translate to "puppet master" and "agent," though he noted that the terms were in quotation marks, which suggests possible irony.

Davis reported that Russian media were "gloating" over an image, tweeted by Trump, of Russian Foreign Minister Sergey Lavrov standing behind the president seated in the Oval Office in a meeting granted to the Russian envoy. Davis noted that meeting occurred even as "Ukrainian President Volodymyr Zelensky is still waiting for that critical White House meeting with the American president: the famous “quid pro quo” for Zelensky announcing an investigation that would smear Democratic challenger Joe Biden. As yet, Zelensky hasn’t done that, and as yet, no meeting has been set."

Davis further reported that "[Russian] President Vladimir Putin’s propaganda brigades enjoy watching the heightened divisions in the United States, and how it hurts relations between the U.S. and Ukraine."

The TV segment aired amid impeachment proceedings against Trump, who is accused of attempting to extort Zelensky by withholding crucial military aid while Ukraine is at war with Russia, in exchange for Zelensky producing damaging information on Biden, Trump's potential electoral rival. Zelensky has also been requesting a meeting with Trump at the White House to, as the Washington Post reports, "solidify his position as Ukraine’s new leader and demonstrate the United States’ ongoing support for Ukraine in its conflict with Russia."

Bump, Phillip. "Trump Promised Zelensky a White House Meeting. More than a Doze Other Leaders Got One Instead."   The Washington Post. 13 December 2019.