A photograph showing a Russian flag on display at the Texas State Capitol has been shared widely without proper context. 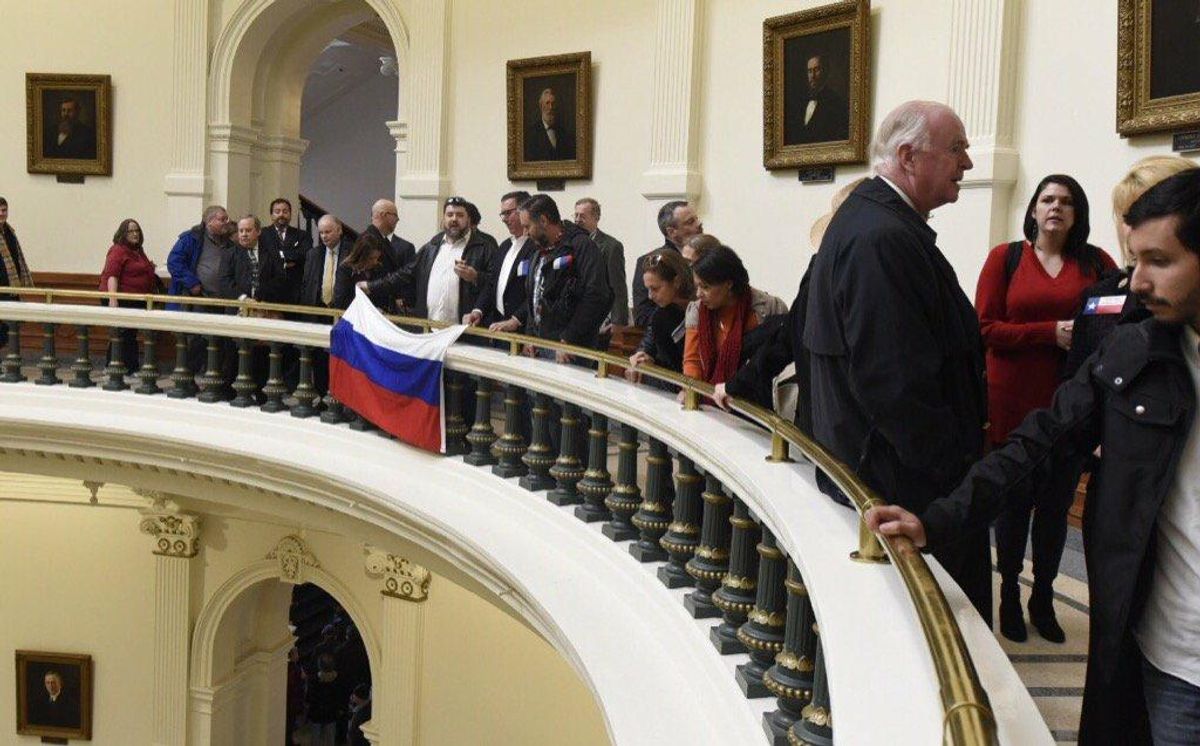 Claim:
A Russian flag was flown at the Texas State Capitol in celebration of Donald Trump's election.
Rating:

A photograph showing a Russian flag on display at the Texas capitol on 19 December 2016 is real.

This flag was being not being flown in celebration of Trump's alleged friendly relationship with Russia, but rather in jest by a group of protesters.

On 19 December 2016, a photograph purportedly showing a Russian flag on display at the Texas State Capitol was circulated on social media: Many social media users shared the above-displayed photograph along with claims that it showed pro-Russian elements celebrating Donald Trump's election and insinuated that Russia had helped installed him as the next President of the United States. In fact, this image actually shows a group of demonstrators who were protesting Trump's election on the day Texas' electors met to cast their ballots for him, taken by a Texas Tribune photographer who goes by the handle @BobPhoto on Twitter:

Aliyya Swaby, another reporter for the Texas Tribune, added some more context to these photographs when she shared an image of the protesters outside of the capitol building:

This display was not one celebrating Trump's alleged friendly relationship with Russia; it was a tongue-in-cheek message delivered by a group of protesters.