No, but we don't doubt the effectiveness of such a strategy. 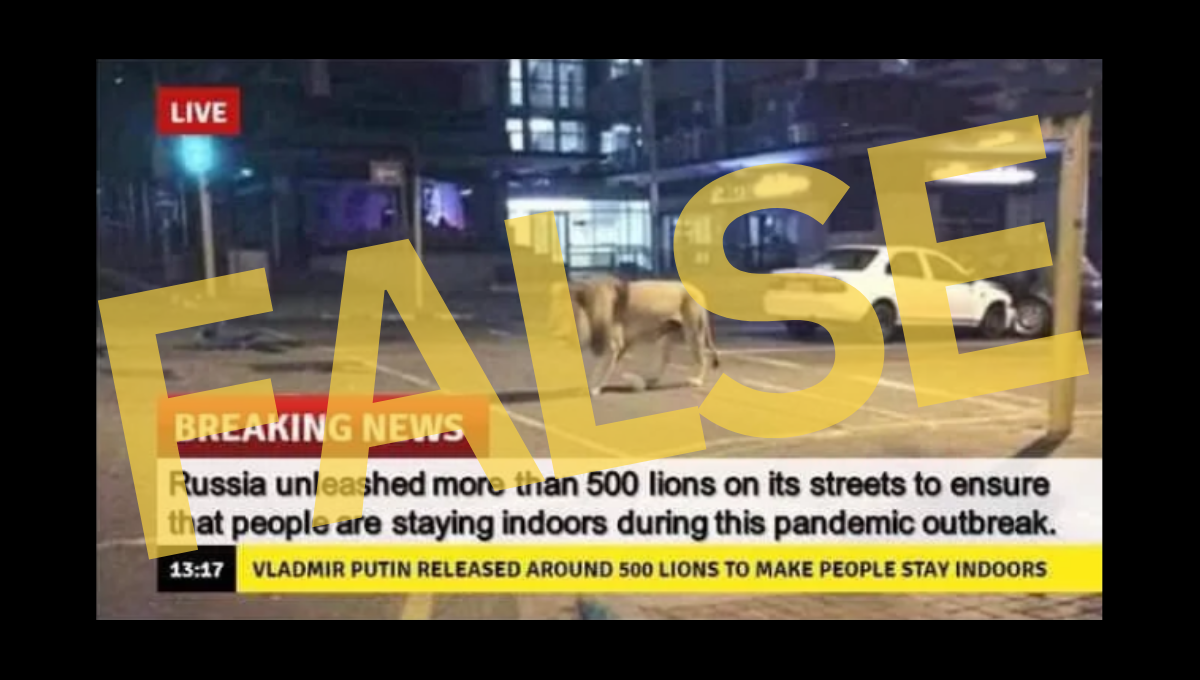 Claim:
Russia released more than 500 lions to make sure that people stay inside during the COVID-19 pandemic.
Rating:

In March 2020, several cities around the world had issued orders for people to shelter in place and practice social distancing in an attempt to stop the spread of COVID-19. Despite these orders, many locales saw people gathering at beaches and for religious events. This left officials in a bit of conundrum:  How do you make sure a population obeys a self-quarantine order?

According to an internet rumor, Russia solved the problem by releasing 500 lions.

But Russian President Vladimir Putin did no such thing.

While the above-displayed image does not show a real "breaking news" alert, it does feature a real image of a lion roaming a public street. This image comes from an incident in 2016 in which a large lion was spotted roaming the streets in Johannesburg, South Africa.

Johannesburg residents were startled to discover Columbus the lion roaming through their concrete jungle this week.

The big cat was wandering the streets of the South African city after being released by a local film company that borrowed him from a nearby lion park.

According to the Johannesburg Roads Agency, the filming had not been approved and the film company took a risk by springing the lion without getting the OK to close several roads.

It's unclear who created the fake news graphic above. Some versions of this image carried a watermark for Break Your Own News, a website that allows users to generate their own news headlines.

According to BBC News, Putin has yet to announce any sort of lockdown or shelter-in-place measures and therefore has no need for this fictional lion brute squad. According to the Russian president, the outbreak of COVID-19 is currently "under control" in the country.