Did Stray Dogs in Russia Turn Blue from Chemical Waste?

Some news outlets reported the coloration resulted from chemical exposure. 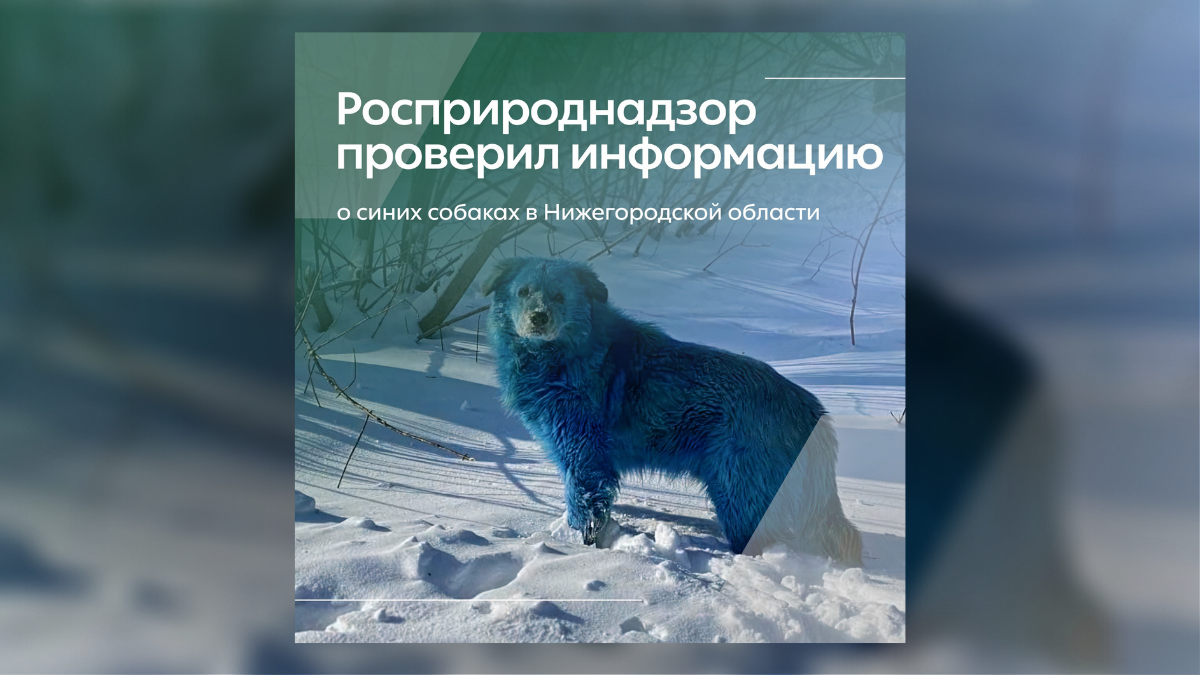 Claim:
A pack of stray dogs in Russia was turned blue after coming into contact with chemical waste, namely copper sulphate, near a now-defunct petrochemical company.
Rating:

It is not yet known whether the dogs’ coats turned blue as a result of chemical exposure, or if the coloration was the result of a prank gone awry.

Photographs circulating in mid-February 2021 went viral after reportedly showing a pack of stray dogs that had been discolored a brightly-hued blue. News reports and social media posts claimed that the blue-tinted canines had been exposed to chemicals after coming into contact with a now-defunct petrochemical company in Dzerhinsk, 230 miles east of Moscow.

In dual Facebook and Instagram posts dated Feb. 16, Rosprirodnadzor, a branch of the federal service for the Supervision of Natural Resources in the region of Nizhny Nogorod, confirmed the incident and had launched an investigation to determine why the animals had been turned blue. Snopes also contacted the agency by email to determine the cause of the discoloration but did not receive a response by the time of publication.

Russian state-run news agency RIA Novosti reported that the seven dogs were examined at the veterinary hospital Zoozashitann, which translates roughly to Zoocare, in Nizhny Novgorod. Veterinarians reportedly said the canines did not show any serious health effects, and at least two of the dogs had found new owners. Snopes also contacted the vet center, but did not hear back at the time of publication.

It is not immediately known whether the dogs had been turned blue due to exposure to any sort of chemical. Dzerhinskoye Orgsteklo is a petrochemical company that made hydrocyanic acid and plexiglass before going bankrupt in 2015. Government officials confirmed that it has been under liquidation since 2015 and has seen “no economic activity” since. Specialists with the agency went to the site to confirm that the “animals dwelled near the former factory.”

“However, chemicals could remain in abandoned buildings, which caused the dog’s [fur] to be blue,” wrote the government agency, adding that the animals were examined by vets but “nothing threatens their lives.”

Media reports speculated that the animals may have been exposed to copper sulfate, an inorganic compound with sulfur and copper. This bright blue chemical is a popular pesticide used to kill bacteria algae, plants, snails, and fungi, according to the U.S. National Pesticide Information Center. In humans, exposure can cause irritation and ingestion can cause nausea, vomiting, damage to body tissues, blood cells, liver, and kidneys with extreme exposures potentially resulting in death.

But it is not clear whether physical exposure would turn a dog’s fur blue. Snopes contacted the U.S. Environmental Protection Agency, to determine whether direct exposure to copper sulfate might result in the discoloration of the animals’ fur. We also sought to determine whether the inorganic chemical compound was commonly used in the production of plexiglass or as a byproduct of hydrocyanic acid — both products that the Russian facility was said to have produced before its bankruptcy.

A spokesperson with the agency said that in its Interim Registration Review Decision on copper compounds, the EPA did not have evidence or findings of skin or fur turning blue from direct contact with copper sulfate.

"In the United States, copper sulfate is registered for use as a fungicide, algaecide, root killer, and herbicide in both agriculture and non-agricultural settings. It is also used as an antimicrobial and molluscicide," said the spokesperson. "It is not approved in the United States for any pesticide use pertaining to the production of plexiglass. EPA cannot make any comment on its use as part of the manufacturing process of plexiglass when used for non-pesticidal purposes."

The EPA is also not aware of any data regarding the potential for copper sulfate to cause dermal sensitization in any species. Symptoms of copper sulfate poisoning in animals are similar to those seen in humans, including a lack of appetite and vomiting. That being said, excess copper is excreted and not often stored in the body.

"EPA has no information or evidence that would indicate that the dogs were turned blue from copper sulfate exposure," the spokesperson told Snopes.