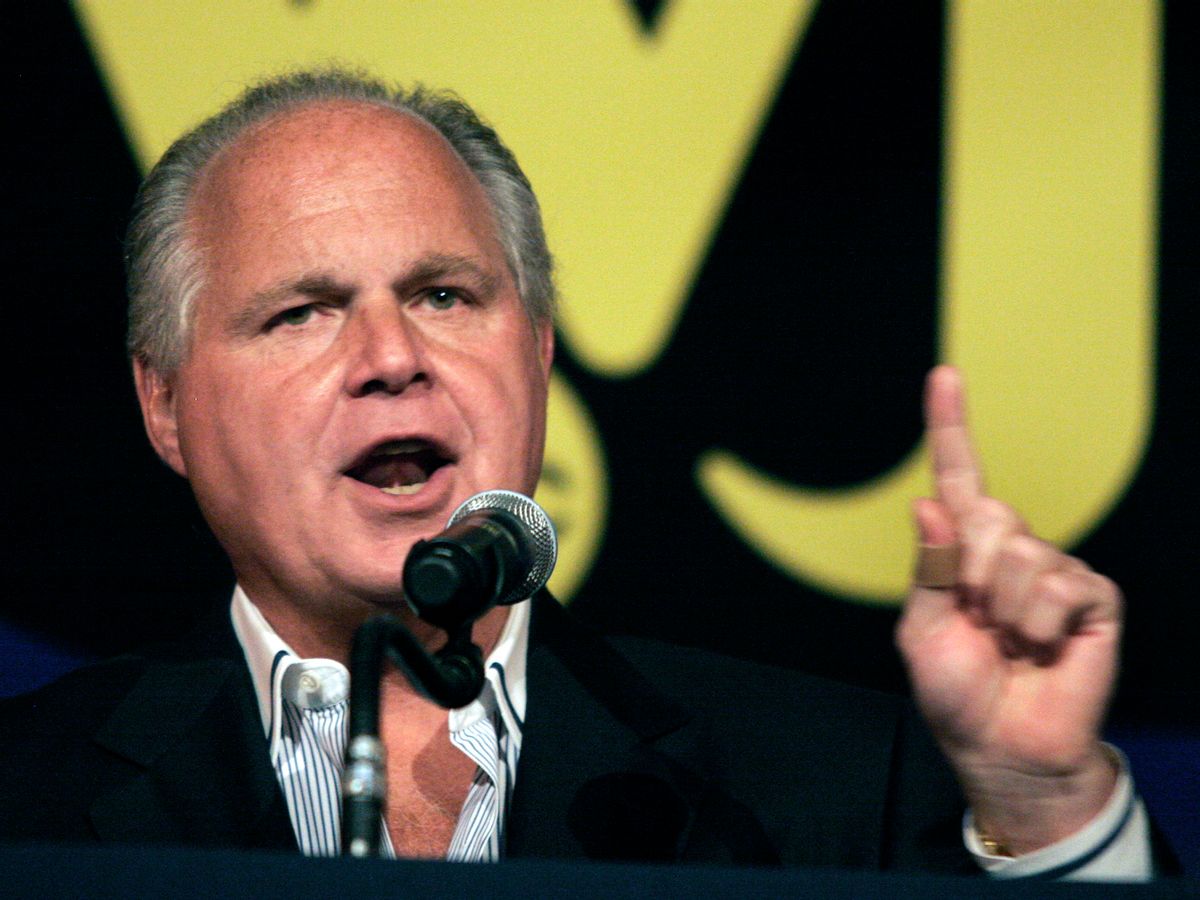 From the upscale Palm Beach corporate headquarters of his Excellence in Broadcasting Network, right-wing radio host Rush Limbaugh unloaded on America’s men and women in uniform, insinuating their motives as less than pure.

“You’ll also probably think, well—” and here Limbaugh inclined the intonation of his voice to imitate that of a child, “Mr. Limbaugh, if only everyone could have fwee ice cream, Mr. Limbaugh, then the world would be all sunshine and unicorns and happiness. The only problem,” continued Limbaugh, returning to his normal voice, “is that ice cream, folks, like health care, is not free. It is a product, created by a producer. And you have just as much a right to getting it for free as you have to getting ice cream for free. That is, you do not have a right to it for free. And if you believe otherwise, you are not a defender of the nation. You’re a welfare queen — or more appropriately, a welfare grunt.”

Although this satirical story was originally published in 2013, it received new attention in February 2020 after Limbaugh was awarded the Presidential Medal of Freedom by U.S. President Donald Trump during the commander in chief's February 2020 State of the Union address. Many criticized Trump's decision to give Limbaugh the "highest civilian award" and noted that the radio host has a history of making racist and controversial comments.

This sparked an increase in queries about what Limbaugh has said (or hasn't said) over the years. For instance, we previously investigated claims that Limbaugh once mocked Michael J. Fox for exaggerating the symptoms of his Parkinson's disease ("True"), that the Medal of Freedom had been tarnished by Rosa Parks ("False"), and various other racist remarks that Limbaugh ostensibly uttered over the years ("Mixture").