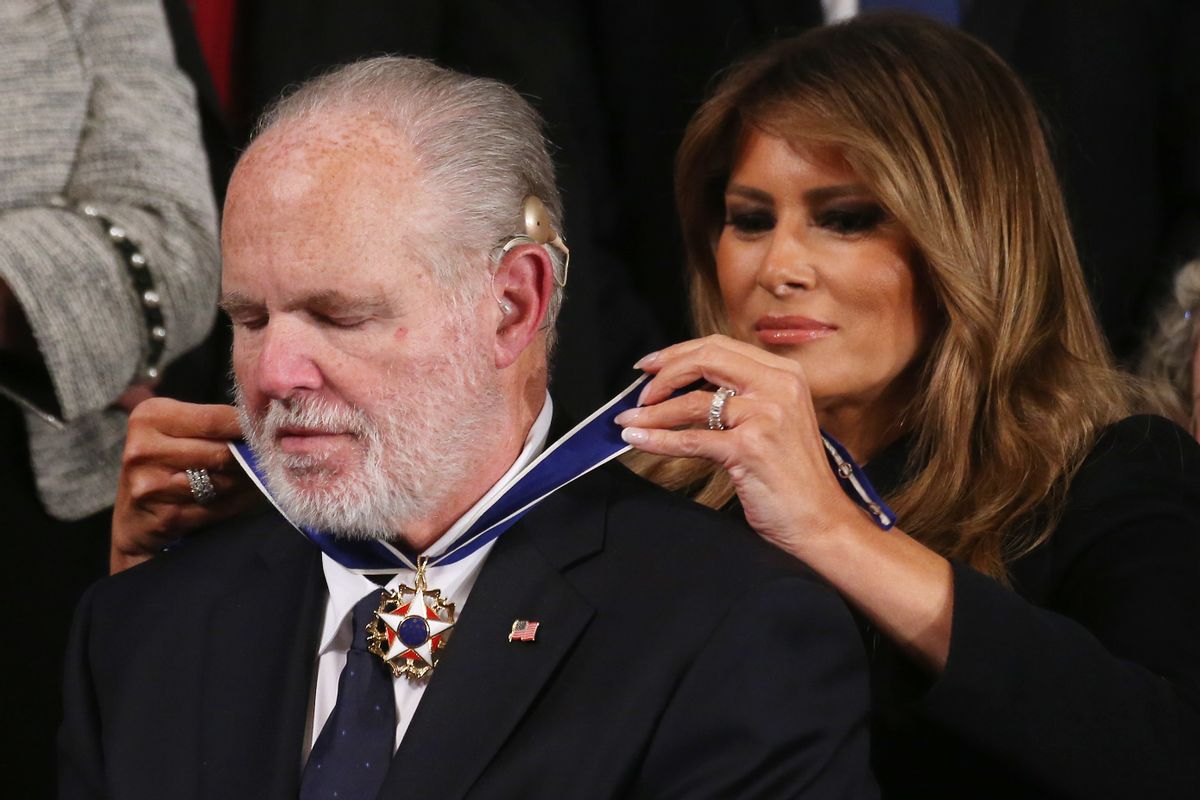 Claim:
In February 2020, Rush Limbaugh said receiving the U.S. Presidential Medal of Freedom was "less of an honor" after learning it had previously been given to Rosa Parks and Maya Angelou.
Rating:

On Feb. 5, 2020, The Onion published an article positing that the conservative talk radio host Rush Limbaugh had said his receiving the Presidential Medal of Freedom had been tarnished after he discovered that the honor had previously been bestowed upon the civil rights icon Rosa Parks and the poet Maya Angelou.

Saying his initial enthusiasm had faded after learning about the award’s history, conservative radio personality Rush Limbaugh conceded Wednesday that receiving the Presidential Medal of Freedom was less of an honor knowing it had been bestowed upon Rosa Parks and Maya Angelou, too.

“While I understand this medal represents the highest civilian honor possible, I was a bit disconcerted to discover this morning that I share this distinction with both a civil rights icon and a poet who gave a voice to black Americans,” said Limbaugh, who explained that he hopes people don’t doubt his integrity as he joins the ranks of the award’s previous recipients, especially Cicely Tyson, Ralph Ellison, Archbishop Desmond Tutu, Stevie Wonder, and Willie Mays.

“I almost sent it back. But instead I have decided to keep my Medal of Freedom and let it stand as a testament to my willingness to tolerate others. I hope my acceptance of it will go some way toward reclaiming this honor from the Martin Luther Kings and Nelson Mandelas of the world.”

"The First Amendment protects satire as a form of free speech and expression. The Onion uses invented names in all of its stories, except in cases where public figures are being satirized. Any other use of real names is accidental and coincidental."