Did Rush Limbaugh Say This About Liberal vs. Conservative Views on Compassion?

The statement was part of an updated list of "35 undeniable truths" presented on Rush Limbaugh's radio show in February 1994. 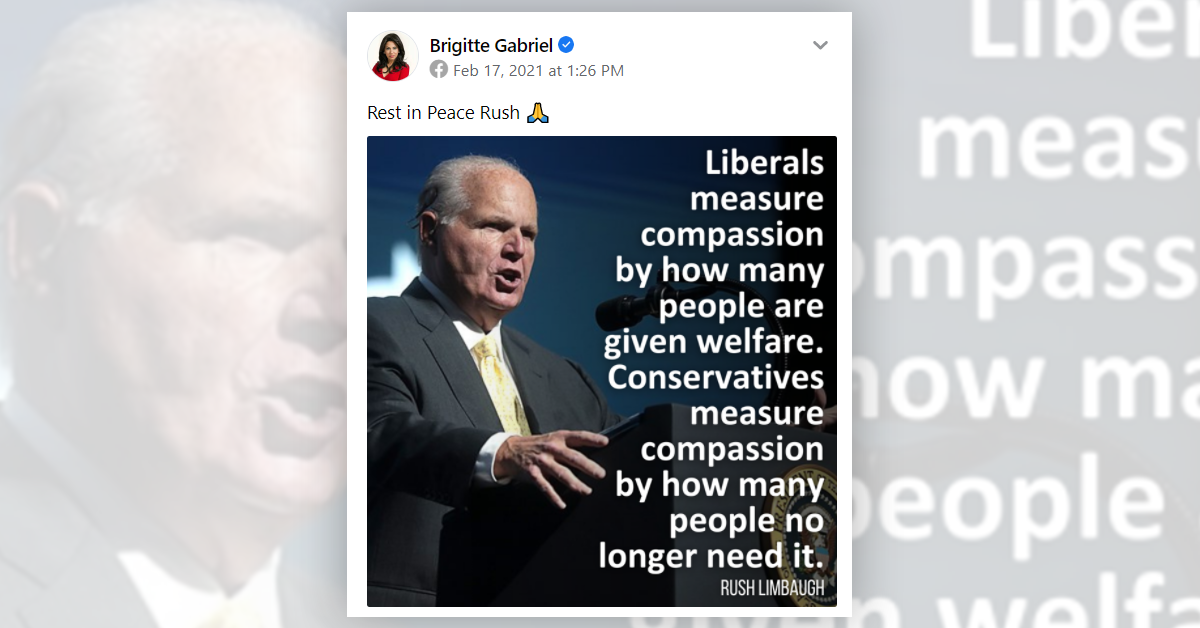 Following the death of conservative radio personality Rush Limbaugh on Feb. 17, 2021, fans began sharing statements the pundit made in the past. One of the most widely shared quotes concerned how liberals and conservatives measure compassion: The quote is genuine. It comes from an update Limbaugh made to a popular list of "35 undeniable truths." He first used the "undeniable truths" format in 1988, but it was his update — read during a Feb. 18, 1994, broadcast  —  where this particular quote came from. The quote was No. 29 on the updated list. C-SPAN filmed that show, so we can see him read it himself here:

As such, the quote is correctly attributed to Limbaugh.