Isolated incidents that were quickly rectified were used to imply widespread voter fraud was occurring in 2020. 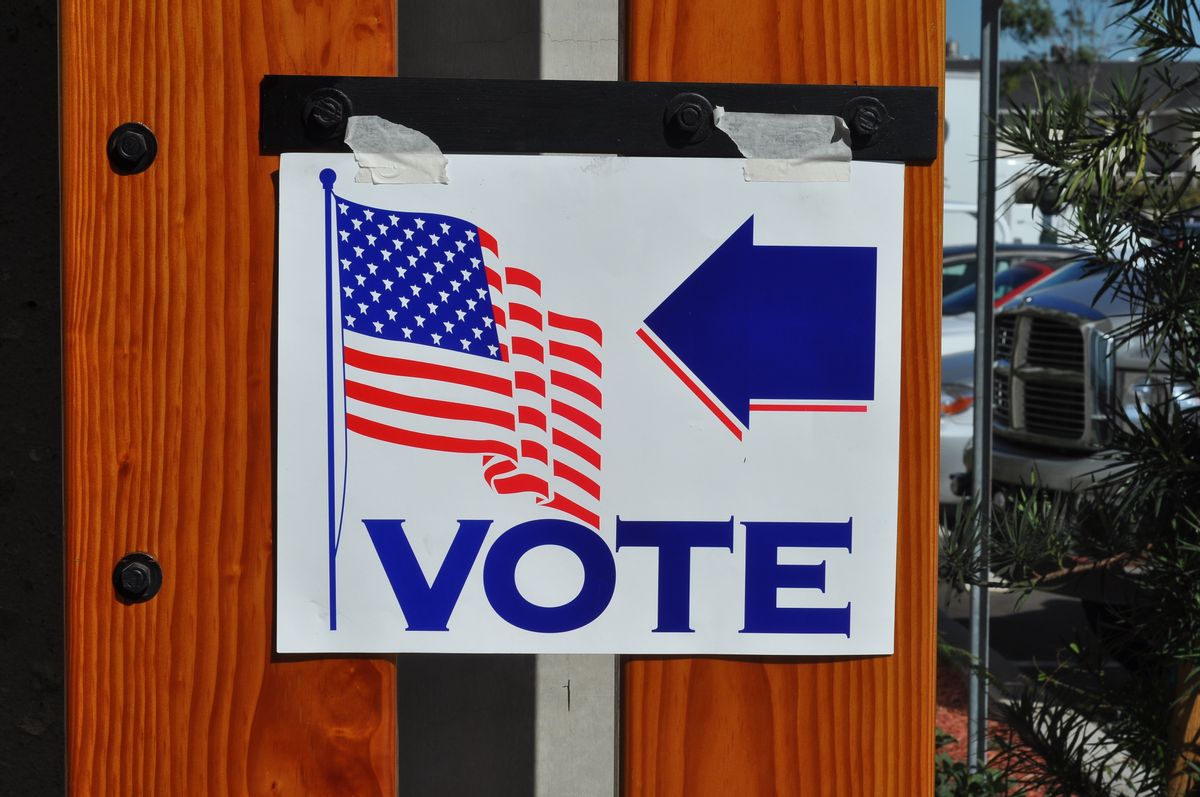 On Nov. 7, 2020, the Associated Press, the New York Times, Fox News, and several other major news outlets called the 2020 presidential election and projected that Joe Biden and Kamala Harris had defeated U.S. President Donald Trump and Vice President Mike Pence. As news of President-elect Biden's victory spread on social media, so did unsupported claims alleging voter fraud. Many of these claims were centered around Dominion Voting Systems, a company that sells voting machines and software in the United States and Canada. We will examine a few of these claims below.

Did a software glitch cause thousands of Republican votes to be marked for Democrats in Michigan? A human error resulted in a temporary miscalculation in Antrim County, Michigan, but this issue was quickly remedied.

One of the most prevalent voter fraud claims to emerge in the days following the election was the accusation that a computer glitch in a software program from Dominion Voting Systems had mistakenly counted thousands of votes for President Trump as votes for President Biden. This claim was based on a half-truth: a tabulation error did occur in Antrim County, but the problem was a result of a human error, and the mistake was quickly caught and corrected.

In response to the false claims made by Republican National Committee chairwoman Ronna McDaniel, the Michigan Department of State issues the following statements of fact:

On a related note, Benson also disputed claims that Republicans weren't allowed to observe the vote count, asserting that "hundreds of challengers from both parties were inside their absent voter counting board all afternoon and evening."

What About Reports of Glitches in Georgia?

There were multiple claims that software “glitches” had resulted in the deletion of Trump votes, mainly in the states of Michigan (discussed above) and Georgia. But these claims are without merit.

For starters, Dominion Voting Systems uses a combination of a touchscreen and a printed ballot. In other words, it’s simply not possible to “erase” votes via a “glitch” as these votes are also recorded on paper ballots. Second, The New York Times investigated the various reports of “glitches” and found that in every instance there was a simple and detailed explanation. In Georgia, two of the “glitch” reports did not involve Dominion software. In the third, there was a brief delay in reporting vote tallies but this did not affect the count.

Issues in three Georgia counties had other explanations. In one county, an apparent problem with Dominion software delayed officials’ reporting of the vote tallies, but did not affect the actual vote count. In two other counties, a separate company’s software slowed poll workers’ ability to check-in voters.

“Many of the claims being asserted about Dominion and questionable voting technology is misinformation at best and, in many cases, they’re outright disinformation,” said Edward Perez, an election-technology expert at the OSET Institute, a nonprofit that studies voting infrastructure. “I’m not aware of any evidence of specific things or defects in Dominion software that would lead one to believe that votes had been recorded or counted incorrectly.”

Georgia election officials said that there would be a “pre-certification audit will provide additional confidence that the votes were accurately counted.”

Did Dominion Voting Software Delete 2.7 Million Ballots Cast for Donald Trump? No, there’s no evidence to support this claim and multiple election officials have disputed the accusations.

While voter fraud claims concerning Dominion Voting Software started on the fringes on the internet, they officially went mainstream on Nov. 12, 2020 when U.S. President Donald Trump posted a message on Twitter claiming that Dominion had deleted 2.7 million votes that had cast for the incumbent.

There is no truth to this claim. This rumor has even been disputed by government officials in Trump’s Department of Homeland Security. Shortly after Trump issued this tweet, a coalition of election security officials issued a joint statement saying that “there is no evidence that any voting system deleted or lost votes, changed votes, or was in any way compromised.”

We took a deeper dive into this claim here.

Does the Clinton Foundation Partner with Dominion Voting Systems? The evidence provided does not support this claim.

Some social media users alleged that Dominion Voting Systems had somehow rigged the election, and claimed as proof of the conspiracy the "fact" that the company was owned in part by the Clinton Foundation. For example, WeAreTheNe.ws, a website dedicated to the QAnon conspiracy theory, posted the following image under the caption: "CLINTON FOUNDATION HAS TIES TO THE DOMINION PROGRAM": The statement captured in the screenshot stated that Dominion Voting was offering philanthropic support to the DELIAN Project, a "Non-Governmental Organization dedicated to helping jurisdictions implement positive change in the democratic voting process through the application of technology." The Clinton Foundation published a blurb about Dominion's support of the DELIAN project, but that alone does not establish that the Clinton Foundation had any actual involvement in Dominion's operations.

Dominion said in a statement that they are a non-partisan company:

DOMINION IS A NONPARTISAN U.S. COMPANY.
Dominion has no company ownership relationships with any member of the Pelosi family, the Feinstein family, or the Clinton Global Initiative, Smartmatic, or any ties to Venezuela. Dominion works with all political parties; our customer base and our government outreach practices reflect this nonpartisan approach.

Social media users also alleged that Dominion Voting Systems was involved in some sort of voter fraud because they had worked with persons connected to high-ranking Democrats, such as House Speaker Nancy Pelosi: This tweet does not tell the full story. Dominion Voting Systems worked with a variety of lobbyists who were connected to both Democrats and Republicans.

In the aftermath of the 2016 election, intensified scrutiny was focused on America's voting systems in general and Dominion Voting Systems in particular. The latter is one of the larger providers of election equipment and software, and they hired lobbyists to assist with the company's interactions with the U.S. Congress. Nadeam Elshami, Pelosi's former chief of staff, was one of these lobbyists, as Bloomberg News reported:

Dominion Voting Systems — which commands more than a third of the voting-machine market without having Washington lobbyists — has hired its first, a high-powered firm that includes a longtime aide to Speaker Nancy Pelosi.

Dominion, however, also hired lobbyists connected to the Republican party. The New York Times, for example, reported that Jared Thomas, who once served as chief of staff for the (Republican) governor of Georgia, Brian Kemp, also lobbied for Dominion.

The Election Integrity Partnership, a coalition of research entities focused on preventing attempts to delegitimize election results, also looked into some of the fraud claims levied against Dominion Voting Systems and labeled them as "false":

Correction [Nov. 9, 2020]: A previous version of this article erroneously stated that the voting glitch occurred in Antrim County, Georgia; the correct state is Michigan.

Correction [16 November 2020]: Two of the reported "glitches" took place in counties that used Dominion, but these errors were caused by different software.