No, the White House Rose Garden Doesn't Spell Out 'KKK'

A photo shared on Facebook took a rather creative perspective on the newly renovated White House Rose Garden. 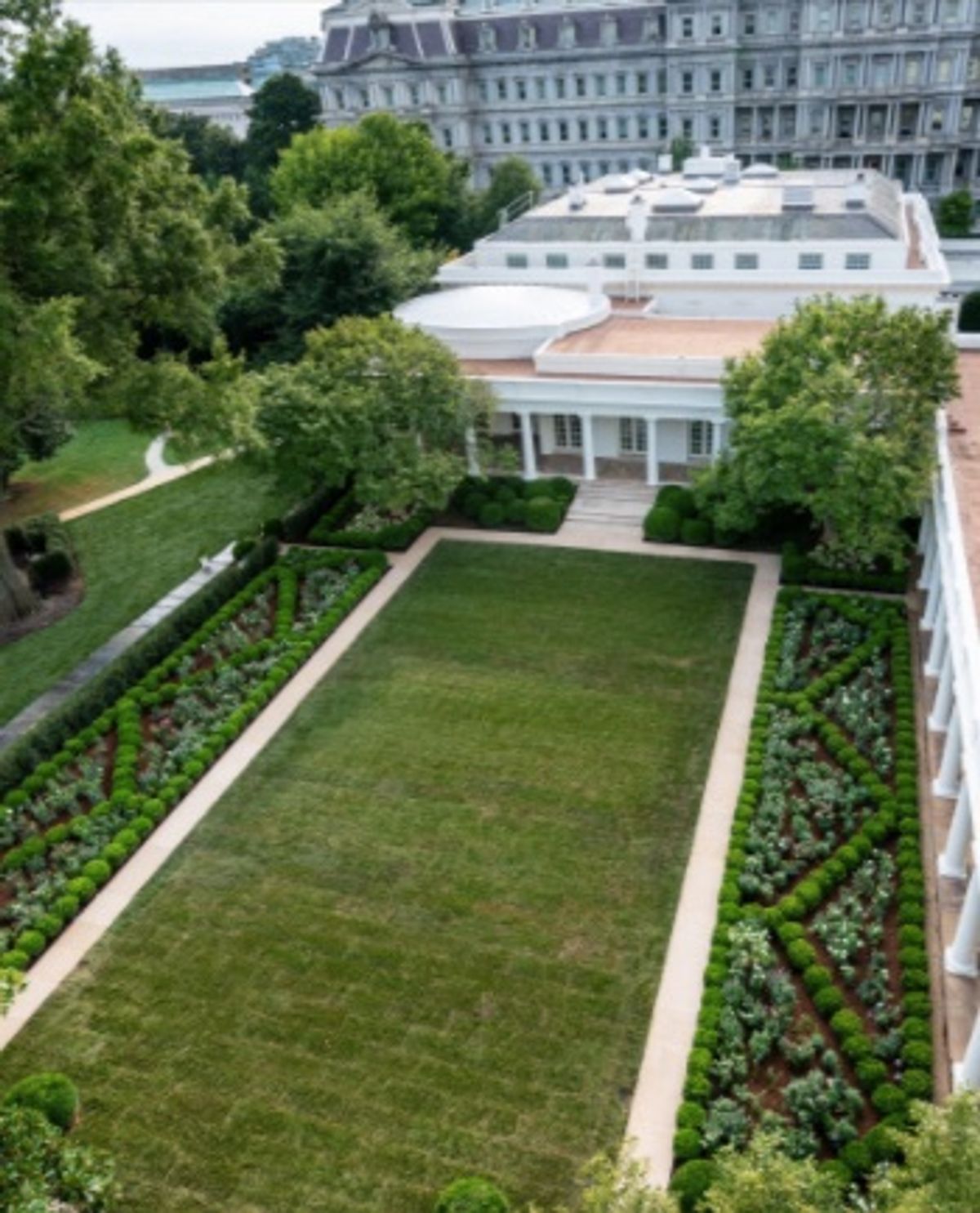 In late August 2020, Snopes readers inquired about an edited photograph circulating on Facebook that depicted the newly renovated White House Rose Garden with red-tinted hedges seemingly arranged in the shape of the letters "KKK." The reference to the "new" Rose Garden in the meme comes from the fact that first lady Melania Trump announced on Aug. 22, 2020, that she had overseen a renovation of the Rose Garden that had resulted in some significant changes, including the removal of crab apple trees and a less lively color palette than before.

The unveiling of the garden's new appearance led to some strong opinions, along with misleading claims that Trump had "dug up" the garden installed by Jackie Kennedy.

The Rose Garden's boxwood hedges run in a diamond shape, a design that precedes the most recent renovation and even the Trumps themselves. Here's an unaltered image, which was posted by Melania Trump, in which the hedges can be seen. Anyone with an image editing app can trace any number of shapes (or letters, including "KKK") over the hedges to send a false message. But the fact remains that the hedges in that configuration have been there for decades, dating back to the Kennedy administration. Rachel Lambert "Bunny" Mellon, the horticulturalist who designed the garden on behalf of U.S. President John F. Kennedy, recounted that the hedges were indeed installed in a diamond shape:

A large diamond-shaped outline of santolina would surround each crab-apple tree. Each diamond would be set in a larger outline: a small clipped English boxwood hedge and, next to the lawn, a low growing hybrid boxwood called Greenpillow, developed by Henry Hohman in Kingsville, Maryland.

The same hedges, in the diamond configuration, can be seen in this 2015 image of U.S. President Donald Trump's predecessor, President Barack Obama, walking in the Rose Garden.