Yes, This Is Ronald Reagan with a Half-Shaved Head

In 1989, the former president had surgery on his skull. 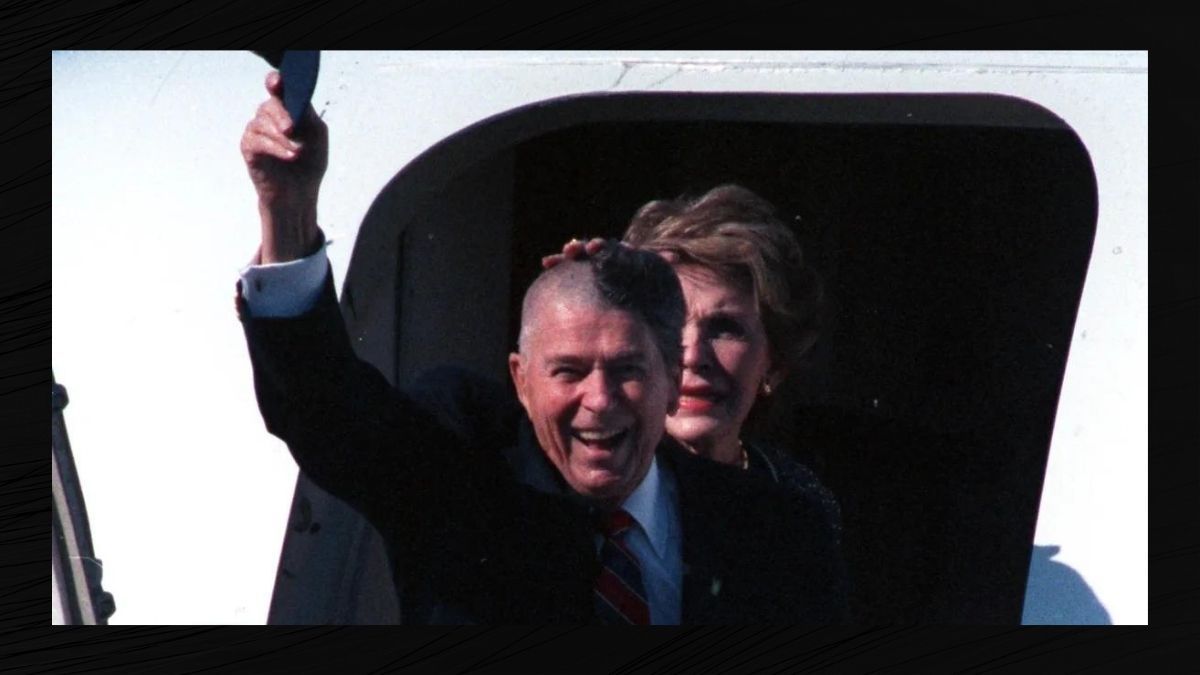 An unusual photograph of former U.S. President Ronald Reagan departing an airplane with a half-shaved head, a real consequence of a surgery he underwent after leaving office, went viral on Reddit in May 2022.

In the photo, Reagan is seen just after he whipped his cap off and waved with it, revealing his shaved head, while behind him, his wife Nancy appeared to reach for his head.

This is a real photograph taken after Reagan went through skull surgery in Rochester, Minnesota, in September 1989. The same photograph can be found on Getty Images.

Reagan, who was president until January 1989, was bucked off a horse while on vacation in Mexico in July 1989. He sustained bruises and a number of superficial injuries. However, during a routine physical at the Mayo Clinic a few months later, doctors discovered a buildup of fluids around his brain. The Mayo Clinic doctors performed surgery at St. Mary’s Hospital in Rochester, necessitating his head being shaved.

An Associated Press article at the time covered his arrival and the surgery:

A 1989 Los Angeles Times story described how the Reagans arrived on a privately owned jet, and were greeted by hundreds of well-wishers: “About 100 people, many of them travelers at the Rochester airport, gathered as the Rochester Lourdes High School marching band played while Reagan said goodbye to Mayo Clinic officials and to retired Mayo physician, Dr. Oliver Beahrs.”

Given that there is plenty of coverage of this event, as well as photographic evidence, we rate this claim a "Correct Attribution.”

“As Former President Ronald Reagan Prepared to Take off from The…” Getty Images, https://www.gettyimages.com/detail/news-photo/as-former-president-ronald-reagan-prepared-to-take-off-from-news-photo/1154274708. Accessed 23 May 2022.