Ronald Reagan: 'If Fascism Ever Comes to America, It Will Come in the Name of Liberalism'

The former California governor and future U.S. president made the comment during a 1975 interview with "60 Minutes" over a discussion of his economic philosophy. 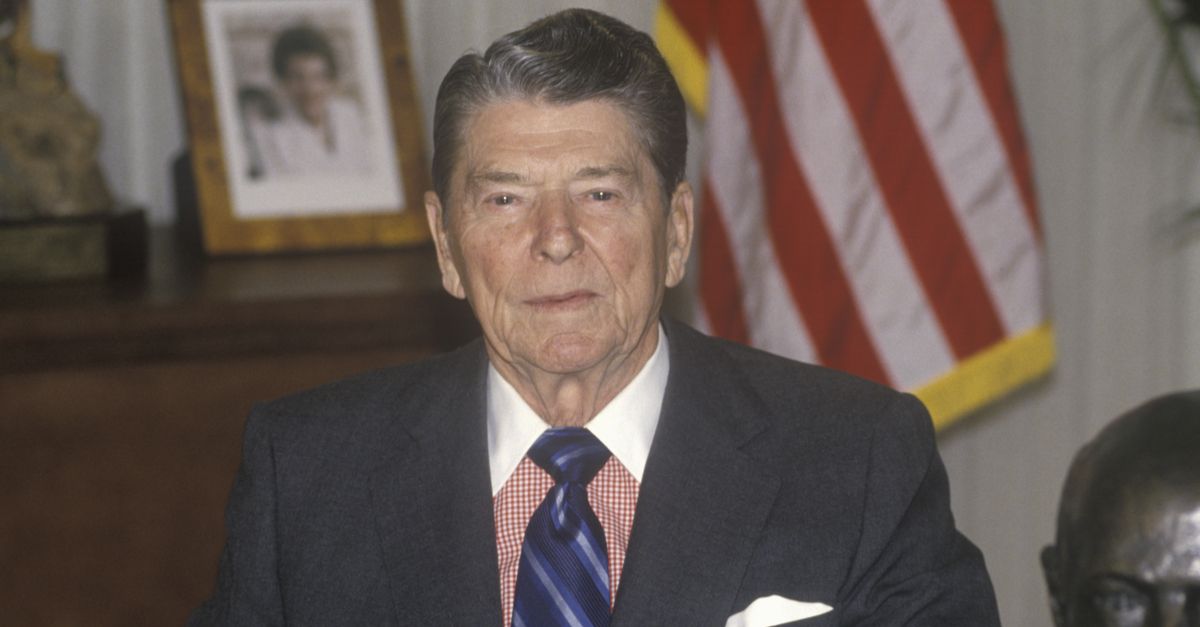 Claim:
Ronald Reagan said, "If fascism ever comes to America, it will come in the name of liberalism."
Rating:

On 21 August 2017, the conservative non-profit organization Turning Point USA (TPUSA) posted a meme juxtaposing a 42-year-old quote by then-former California Governor Ronald Reagan with a 2016 photograph of anti-fascist protesters in Dover, England, intended to create the impression that "antifa" demonstrators represented fascism coming to the the United States in just the way that Reagan had predicted decades earlier: That quote was taken from a December 1975 interview of Reagan conducted by Mike Wallace for the 60 Minutes news magazine television program:

We've found no record of anyone, other than Reagan himself, having made the "profound" statement that "If fascism ever comes to America, it will come in the name of liberalism." Most likely the future President was recalling a variant of a maxim (commonly misattributed to author Sinclair Lewis) holding that "When fascism comes to America, it will be wrapped in the flag and carrying a cross."

TPUSA shared the Reagan meme on their official Facebook feed at a time when anti-fascist activists, or "antifa," had garnered both notoriety and heightened media scrutiny following violent incidents at white supremacist rallies in Berkeley, California, and Charlottesvile, Virginia (in April and August 2017, respectively). After white supremacists (who have adopted the moniker "alt-right") were widely condemned for an outbreak of deadly violence at a protest in Charlottesville, some conservatives responded by claiming "antifa" protesters deserved equal condemnation.

The bottom image in the TPUSA meme (which has been shared thousands of times) wasn't taken in the United States, despite the implication created by its inclusion here. The photograph was taken in Dover, England, on 30 January 2016 by Press Association photographer Gareth Fuller and depicts anti-fascists who clashed with nationalists during an anti-immigration rally in the Kent County town.

The connection between "liberals" and the "antifas" suggested by this meme isn't quite so apt, as most "antifa" activists are anarchists and/or subscribe to political philosophies that are much further left on the political spectrum than those of mainstream "liberals." Likewise, although the Reagan quote sought to draw a connection between liberalism and fascism, the latter is generally considered to be a form of extreme right-wing ideology.