Was Ronald Reagan Slated to Play the Lead in 'Casablanca'?

You can't believe everything you read -- no matter when it may have been published. 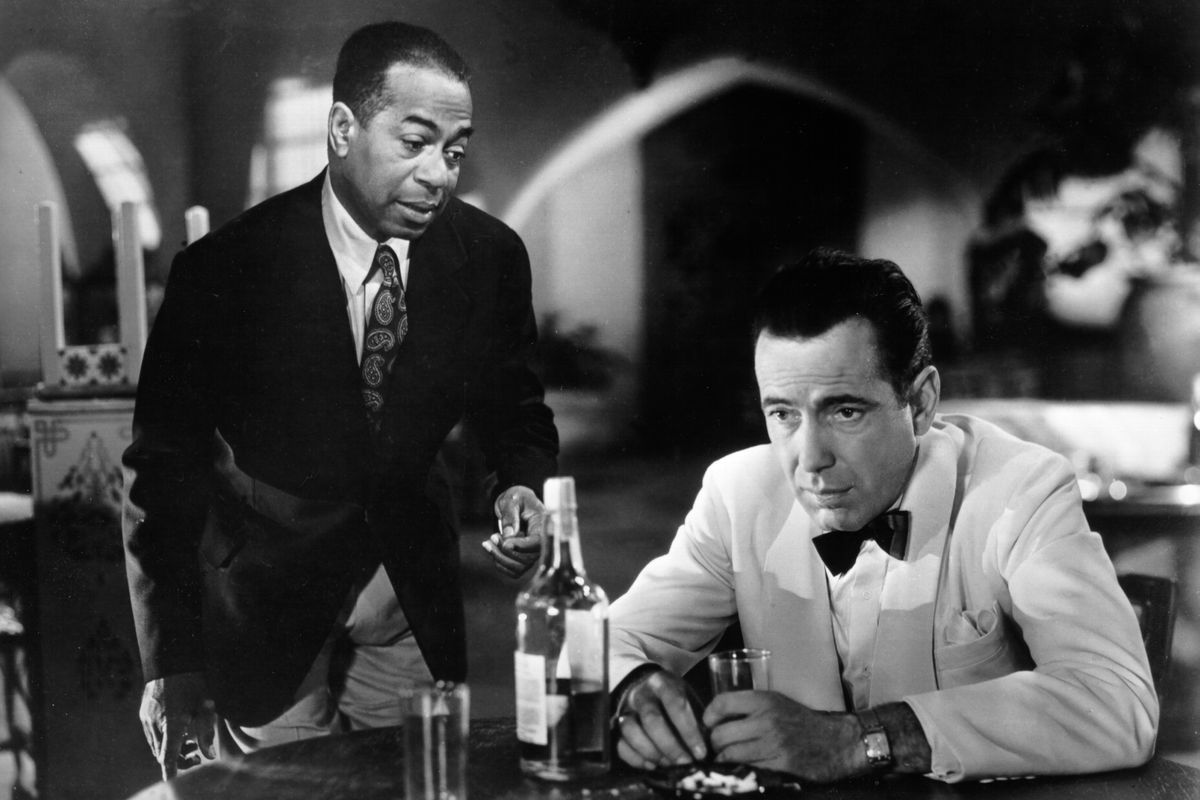 Claim:
Ronald Reagan was the original choice to play a lead role in the 1942 film 'Casablanca.'
Rating:

It's one of the most ubiquitous pieces of "What if?" alternative Hollywood history: Humphrey Bogart almost missed out on the role that established him as a first-rank movie star, and one of the mostly highly-regarded films in the canon of American cinema nearly turned out quite differently, because the studio's original choice for the starring role was someone actor who four decades later would become president of the United States. That is, none other than Ronald Reagan: It's a fascinating piece of trivia that has been casually mentioned and cited in countless books, articles, sound bites, and quiz shows for years now. And it's wrong. Every bit of it. Ronald Reagan was never considered for any role in Casablanca, not even tentatively, and no actor other than Humphrey Bogart was ever seriously considered for the lead role of Rick Blaine. And "the studio" (Warner Bros.) had no "first choice" for the role, because the choice was not theirs to make.

The Casablanca saga began on when the rights to an unproduced play entitled "Everybody Comes to Rick's" were purchased for $20,000 at the behest of Hal Wallis, then head of production at Warner Bros. Two weeks later, however, Wallis signed a contract with studio head Jack Warner that ended his status as a Warner Bros. employee and made him the head of his own film unit, Hal Wallis Productions. As an independent producer, Wallis agreed to make four Warner-funded films per year in exchange for a of the profits they garnered, and Casablanca was one of the six films Wallis would produce under the terms of that contract in 1942.

The legend of Ronald Reagan as Rick Blaine sprang from a press release the Warner Bros. publicity office planted with the Hollywood Reporter on 1942 (and released to dozens of newspapers across the country two days later):

Ann Sheridan and Ronald Reagan co-star for the third time in Warners' Casablanca, with Dennis Morgan also coming in for top billing. Yarn of war refugees in French Morocco is based on an unproduced play by Murray Burnett and Joan Alison.

That's it. The sum total of Ronald Reagan's involvement with Casablanca was this planted press item that was nothing but pure hokum, for a variety of reasons:


Note that even the planted January 1942 press release never actually claimed Ronald Reagan had been cast as Rick Blaine, the part eventually played by Humphrey Bogart -- it said only that Reagan would in Casablanca." One could surmise Reagan might have been slated to play the part of resistance leader Victor Laszlo while Dennis Morgan took the role of Rick Blaine (although that scenario would have been rather unlikely).

Any claims that some other actor such as Ronald Reagan or George Raft was "the studio's [first] choice" for the role of Rick Blaine stem from a misunderstanding of how Casablanca came to be made. The film was the product of an independent production company (Hal Wallis Productions) whose head had agreed to make films for Warner Bros. and had "first call and right to use the services of any director, actor or actress, who may be under contract or employed to render services" to the studio.

Warner was contractually obligated to make available to Wallis anyone in their employ whom he wanted to use in his films, but Wallis, as an independent producer, was not obligated to accept any creative input whatsoever (including casting directions) from Warner Bros. Studio head Jack Warner might cajole, wheedle, plead, or even try to force Wallis' hand by claiming the actors Wallis wanted to use were unavailable due to their being tied up with other projects, but the creative decisions for Casablanca were completely in the hands of Hal Wallis, an independent producer who was not directly employed by Warner Bros. Jack Warner did try to placate a troublesome George Raft (who had continually defied the studio by turning down the roles assigned to him) by suggesting Wallis use him for the part of Rick Blaine, but Wallis curtly rebuffed the suggestion.

The success of many a film or film career has been spurred by ample helpings of happenstance, fortuitous timing, or unforeseen circumstances. Luck had much to do with Casablanca's ultimate success, but not in the matter of its lead role.