Was a Racist Sign Displayed at Rollman Farms in Shawneetown, Illinois?

An image purportedly showing a racist sign at Rollman Farms in southern Illinois has not been verified. 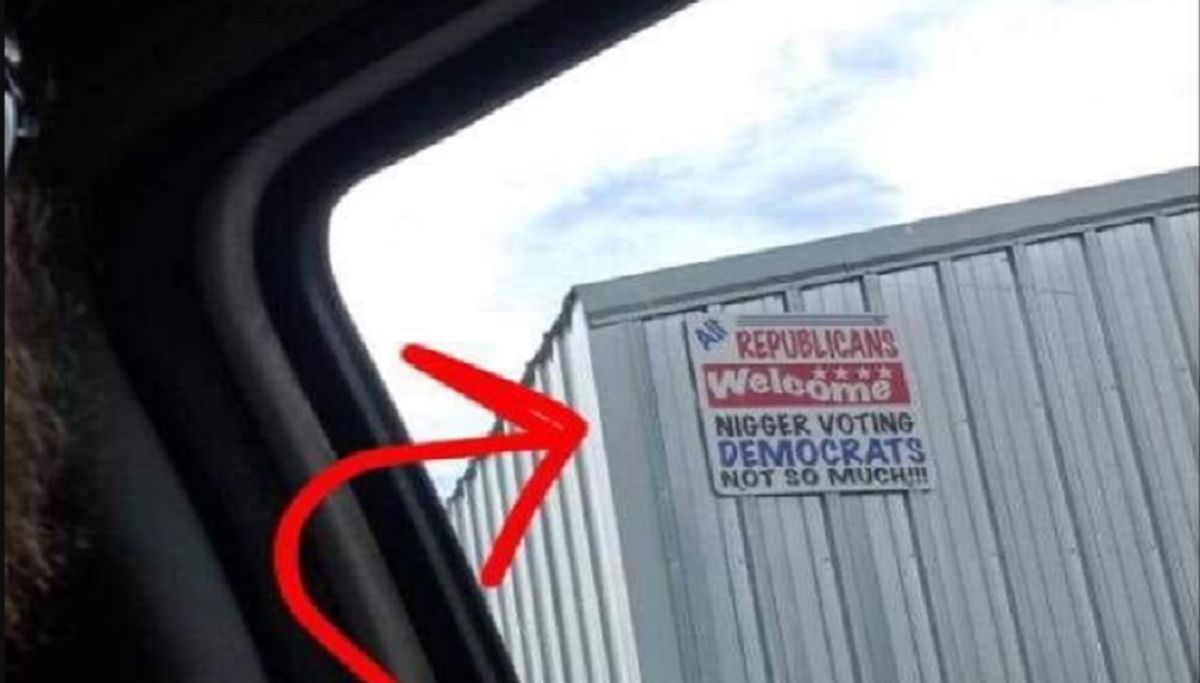 Claim:
A photograph shows a racist sign that was displayed on a farm in southern Illinois.
Rating:

A photograph purportedly showing a sign reading "All Republicans Welcome -- N****r voting Democrats Not So Much!!!!" was posted to social media in September 2018 along with claims that the picture was snapped at a farm in Shawneetown, Illinois:

The exact origins of this image are still unclear. It appears that the photograph first started circulating on social media after it was posted to Facebook along with the following message:

Welcome to 2018 (no, not 1950s) in the USA. Where racism and bigotry is rampant and alive as ever. I'm disgusted and appalled. This, ladies and gentlemen, is courtesy of Rollman Farms in Shawneetown, IL. Please feel free to give them a call *************

We talked to the Facebook user who originally shared this image and were told that they had received the message from a friend (whom they didn't wish to identify) via Snapchat. While this appears to be a genuine photograph (that is, we don't see anything to indicate that it was doctored) we have not been able to contact the photographer to verify details about where and when it was taken. At the moment, we only have second-hand information based on a single Snapchat photograph.

The Gallatin County Sheriff's Department has not responded to our request for comment, but they did talk to local television WSIL. Unfortunately, they were also unable to confirm whether the sign had been displayed at Rollman Farms:

WSIL News 3 The Gallatin County Sheriff tells News 3 the department can't verify if the sign is real. The sheriff says if the sign is there, it is on private property and not visible from public property.

An unofficial community page for Shawneetown, Illinois, provided us with a similar statement:

We have never seen this sign anywhere in Shawneetown. And have been unable to confirm it’s existence in our county. Shawneetown IL FB Page is not an official city site. Thank you for contact us this has been most disturbing. We have been trying to get it off/take it down/getting it removed with no luck.

While local police officers have not been able to verify the authenticity of the sign, a few social media users have chimed in claiming to have first-hand knowledge of the sign's existence. However, as far as we can tell, none has provided any proof that this sign was actually displayed at Rollman Farms:

Our calls to Rollman Farms have so far gone unanswered. This article will be updated when more information is available.