Did Roger Stone Say Trump Should Declare Martial Law If He Loses Election? 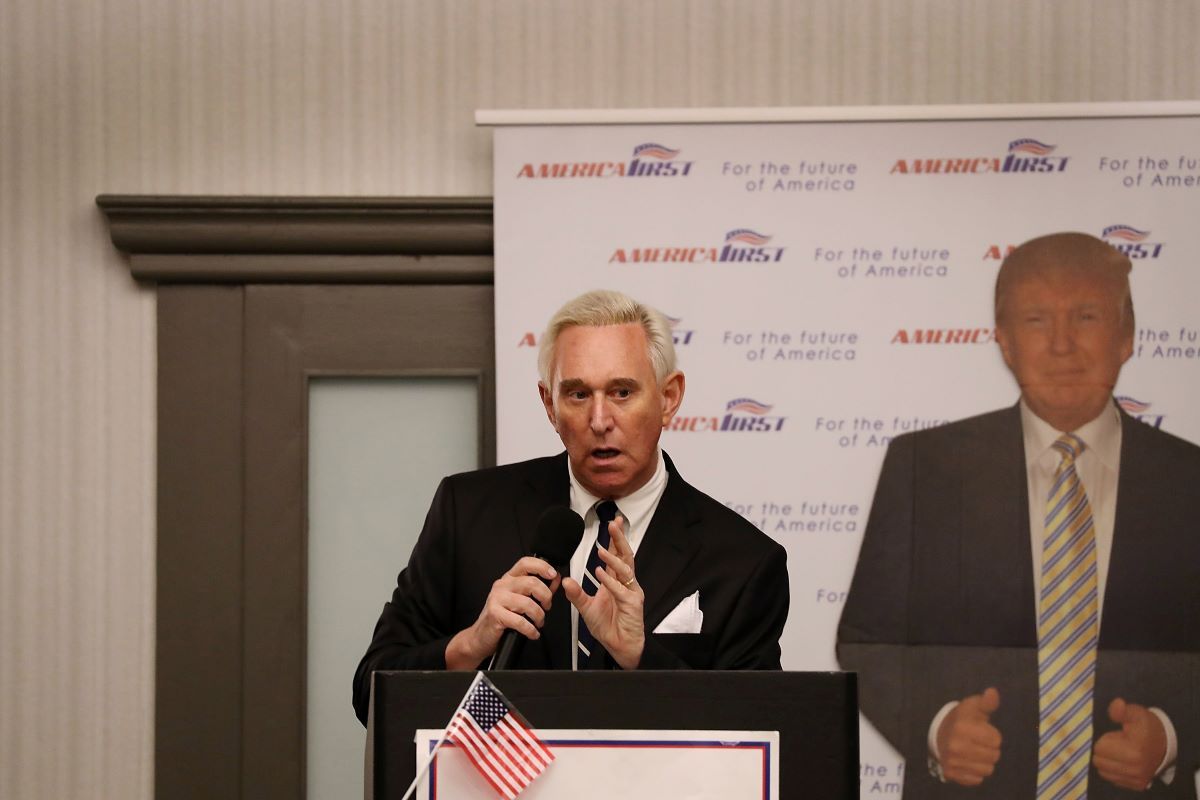 In September 2020, readers asked Snopes to examine the accuracy of news articles that claimed that Roger Stone, a Republican strategist and convicted felon who worked for U.S. President Donald Trump's 2016 presidential election campaign, had said the president should declare martial law in the event that he loses the 2020 election.

"Roger Stone is making baseless accusations of widespread voter fraud in the 2020 presidential election and is urging Donald Trump to consider several draconian measures to stay in power, including having federal authorities seize ballots in Nevada, having FBI agents and Republican state officials 'physically' block voting under the pretext of preventing voter fraud, using martial law or the Insurrection Act to carry out widespread arrests, and nationalizing state police forces."

The following day, HuffPost published an article with the headline "Roger Stone Calls For Trump To ‘Declare Martial Law’ To Seize Power If He Loses," and on Sept. 13, Business Insider reported that:

"In an interview with Alex Jones' far-right conspiracy-theory site, Infowars, Stone echoed groundless claims pushed by Trump that the Democratic Party would rig the election. Stone encouraged Trump to consider declaring 'martial law' should he lose reelection, or invoke the Insurrection Act. Using those new powers, Stone suggested, he should order the arrest of Facebook CEO Mark Zuckerberg, Apple CEO Tim Cook, 'the Clintons,' and 'anybody else who can be proven to be involved in illegal activity.'"

Those reports quoted Stone accurately. On Sept. 10, 2020, Stone appeared as a guest on Jones' show, where the two men, without providing supportive evidence, presented a somewhat convoluted conspiracy theory of a left-wing attempt to "steal" the Nov. 3 election.

It's worth noting that in November 2019, Stone was convicted on seven felony counts of witness tampering, lying to and obstructing a Congressional committee, in relation to his role as a go-between with Wikileaks for the Trump campaign, around the time of a high-profile dump of hacked emails from the Democratic National Committee. He was sentenced to 40 months in prison, but Trump commuted his sentence in July 2020.

According to Jones and Stone, the 2020 election plot involved Democratic officials, the Democratic party, former U.S. President Bill Clinton, and former U.S. Sen. Hillary Clinton, as well as tech CEOs Mark Zuckerberg and Tim Cook. Stone speculated that former U.S. Senate Majority Leader Harry Reid of Nevada, and even the staff of The Daily Beast news website, could be parties to the conspiracy. Neither Stone nor Jones presented solid evidence to support their claims.

At one point in the interview (about 80 minutes into the episode), the following exchange took place:

Jones: What does Trump need to do, with [sic] 53 days out? Because it's clear they think they can steal it, they've said they're going to oppose it, Big Tech — Zuckerberg says they're going to launch it for weeks or months, hold it up. I mean that's their plan, how do we counter this?

Stone: The president should call former Congressman Bob Barr, and he should ask him — he should appoint him a special counsel, he should order his appointment as a special counsel with the specific task of forming an election day operation using the F.B.I., federal marshals and Republican state officials across the country, to be prepared to file legal objections and if necessary, to physically stand in the way of criminal activity.

Jones: Exactly, and the whole Democrat strategy is if federal officers or locals enforce election law, that's criminal and that's blocking votes, when they have bombed the country with 80 million basically fake ballots to gum things up on purpose. And the Clintons are now, as you said, chortling, admitting that they have a military plan, once the election is in question, to remove Trump. Is that wishful thinking? Or do they have a small cadre and they're trying to act powerful? What's the plan?

Stone: I don't want to overplay the facts here, but if someone will study the president's authority in the Insurrection Act and in his ability to apply — impose — martial law if there's widespread [inaudible, might be "cheating"], he will have the authority to arrest Mark Zuckerberg, to arrest Tim Cook, to arrest the Clintons, to arrest anybody else who can be proven to be involved in illegal activity.

So Stone said Trump could, and should, under the auspices of martial law and the Insurrection Act, order the arrest of anyone suspected of orchestrating election fraud. According to Stone, the occurrence of election fraud will be made clear by the event of a Trump defeat. Later in the interview, he stated that:

"Force will be met with force. That's the way this is going to have to work. It's really unfortunate, I'm not an advocate of that. I'd like to have an honest election in which the real winner takes office. The real winner will not be Joe Biden..."

Therefore, by prejudging the result of the election — stating that a Trump defeat would be de facto proof of widespread election fraud — Stone was in effect saying that the president, if he loses, could and should, under the auspices of martial law and the Insurrection Act, arrest and charge certain prominent figures with election fraud. The news articles referenced above therefore quoted and reported Stone's remarks accurately.

Porter, Tom.   "Roger Stone Calls for Trump to Declare 'Martial Law' If He Loses the Election — and Order Arrests of Mark Zuckerberg, Tim Cook, and the Clintons."     Business Insider.  13 September 2020.