Lock her up? Roger Stone's attacks on Hillary Clinton seemed rather ironic after his January 2019 arrest. 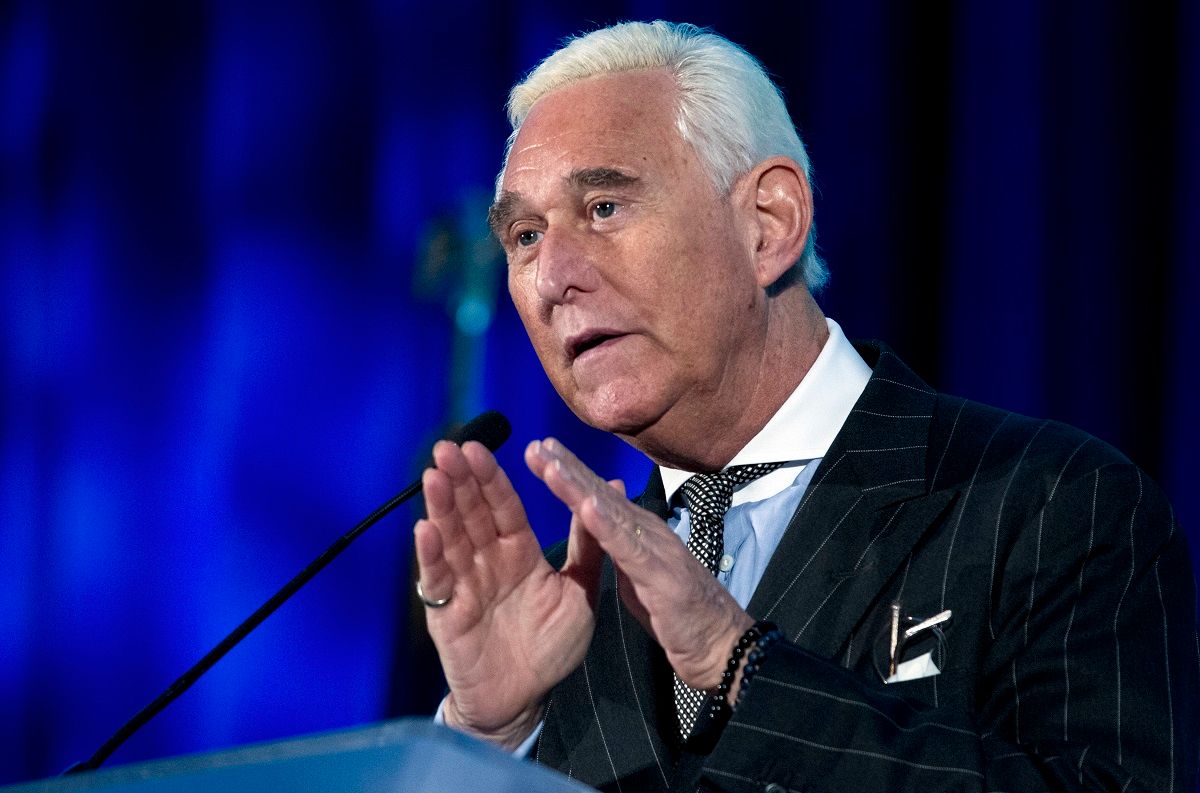 President Donald Trump's longtime adviser Roger Stone spent much of the 2016 presidential campaign launching attacks against the Democratic nominee, Hillary Clinton. His website StoneColdTruth.com and associated social media accounts are filled with memes and doctored images that portray Clinton as old, sick, or in prison. Stone also frequently posted messages on Twitter calling for Clinton's imprisonment and even started a petition advocating her prosecution that he shared with the hashtag #lockherup.

So when Stone was indicted by Special Counsel Robert Mueller on seven charges in January 2019, including obstruction of an official proceeding, witness tampering, and making false statements, a number of people took to social media to note the irony of his arrest. Some of those messages included a photograph of Stone holding a "Hillary for Prison" T-shirt: We were unable to locate the original source of this image, the earliest version we could uncover being one included in a December 2015 article published on Vosizneias.com about Stone's joining a pro-Trump Super Pac:

Roger Stone, who publicly parted ways with Trump’s campaign in August, says he is supporting the Committee To Restore America’s Greatness, which first filed paperwork with federal regulators in October.

“I just really think this is something that needs to be done,” said Stone, who has known Trump for decades and remained a vocal supporter, even after he left the campaign.

The image appears to be authentic and was likely created to promote merchandise sold via the Infowars conspiracy theory website. Stone sold a similar version of this shirt on his own website, Stone Cold Truth, accompanied by the caption "Wear them loud, wear them proud and help get the word out that all of these globalist criminals, Republican and Democrat alike, should be held accountable for their crimes."

A federal magistrate judge on Friday ruled that longtime GOP operative and President Trump associate Roger Stone is not a flight risk and can be released on a $250,000 signature bond.

Roger Stone vended "Hillary for Prison" merchandise, promoted the #lockherup hashtag, and circulated a petition calling for prosecution of the former U.S. secretary of state. However, in January 2019 it was Stone, not Clinton, who was indicted by federal prosecutors.