Some space debris reportedly crashed into the moon in March 2022, but these videos? 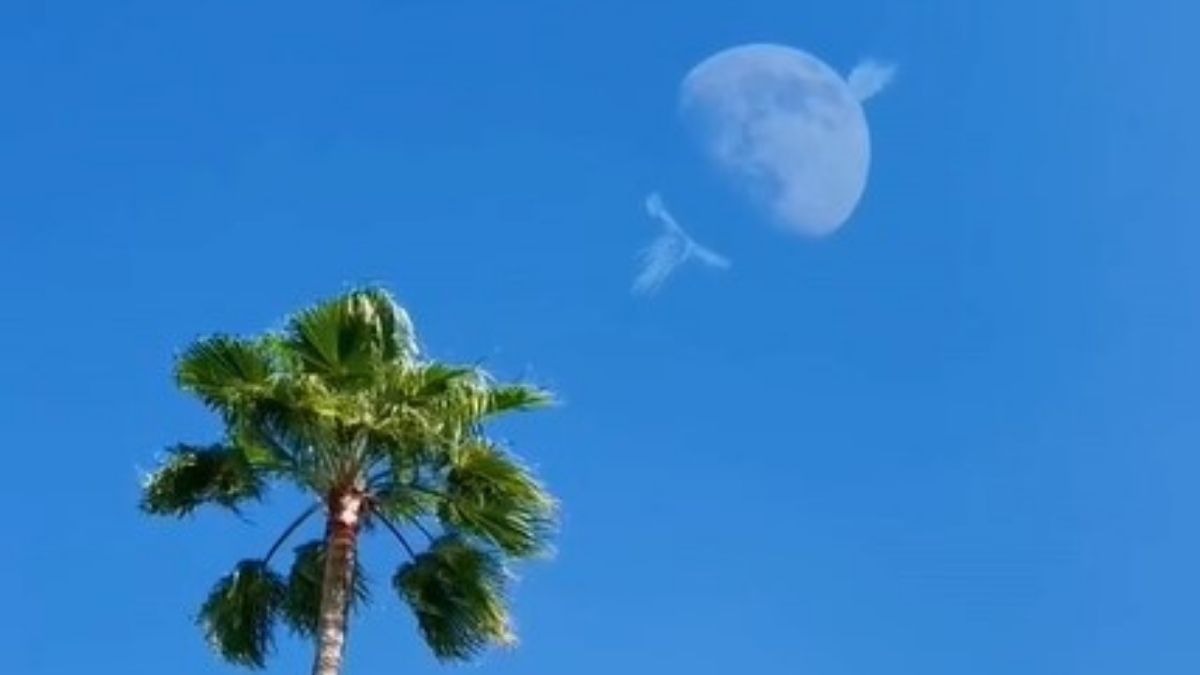 Claim:
A viral video shows a rocket or debris from a rocket striking the moon in March 2022.
Rating:

In March 2022, debris from a rocket reportedly crashed into the far-side of the moon. Shortly after this news broke, videos started to circulate online that supposedly showed this lunar impact event. We've reviewed several of these viral videos and found in all cases that they were the work of digital VFX artists, not real footage of a rocket hitting the moon.

One popular version of this claim centered on a video that supposedly showed a rocket hitting the moon from two different vantage points: California and Texas.

These are not a genuine videos of a rocket hitting the moon. Both of the above-displayed videos were created by Greg Pietrantonio, a TikTok user known for creating digital edits. In July 2021, for example, Pietrantonio created a convincing video that supposedly showed a tornado spinning dangerously close to Citizens Bank Park in Philadelphia.

Pietrantonio told us at the time that the video was "the result of some VFX [visual effects] and video editing using Adobe After Effects."

A number of other videos that apparently show a rocket hitting the moon have also been spread online.

While we haven't found the source for this video, it's clearly a digital edit. For starters, if there were a genuine video of a rocket crashing into the moon, it would be widely reported by credible news outlets. But that's not the case here. Second, the moon is approximately 240,000 miles away from earth. We doubt that a rocket would be clearly visible at this distance with the naked eye. (We've reached out to NASA for more information and we will update this article accordingly).

Lastly, the moon was in a waxing crescent phase on March 4, 2022, but in the above-displayed video the moon is nearly full.

We have not been able to find the source of this video. However, again, this is a digital edit and not a genuine video of a rocket hitting the moon.

As of this writing, there simply isn't any genuine footage of the rocket debris crashing into the moon. The impact took place on the far side of the moon, where it was hidden from the telescopes of the world's scientists. If NASA and other space agencies were unable to witness this crash, we doubt that anyone else was able to capture video of a rocket hitting the moon in broad daylight with their cellphones.

Live Science reported that the debris was initially believed to have been part of a SpaceX rocket, but researchers now believe it came from China's Chang'e 5-T1 mission. It could take months for scientists to investigate the scene and come with official answers about the debris' origin.

This is the first time that space junk has accidentally collided with the lunar surface, according to scientists. But because the collision occurred on the moon's far side, it could take scientists months to find the crater, confirm the impact and possibly find clues that could put its controversial origins to rest.

While rocket debris most likely hit the moon on March 4, 2022, evidence of this crash will not be found via cellphone videos on TikTok.

“Did a Tornado Pass by a Philadelphia Phillies Game in 2021?” Snopes.Com, https://www.snopes.com/fact-check/phillies-tornado-baseball-video/. Accessed 13 Apr. 2022.

Turner, Ben. “An Out-of-Control Rocket Could Have Just Smashed into the Moon.” Livescience.Com, 4 Mar. 2022, https://www.livescience.com/rocket-hits-moon.