Did Robin Williams Act in Movies with 'Daughter' Mara Wilson?

An online advertisement appeared to hint that Williams acted alongside his daughter in the 1993 classic, "Mrs. Doubtfire." 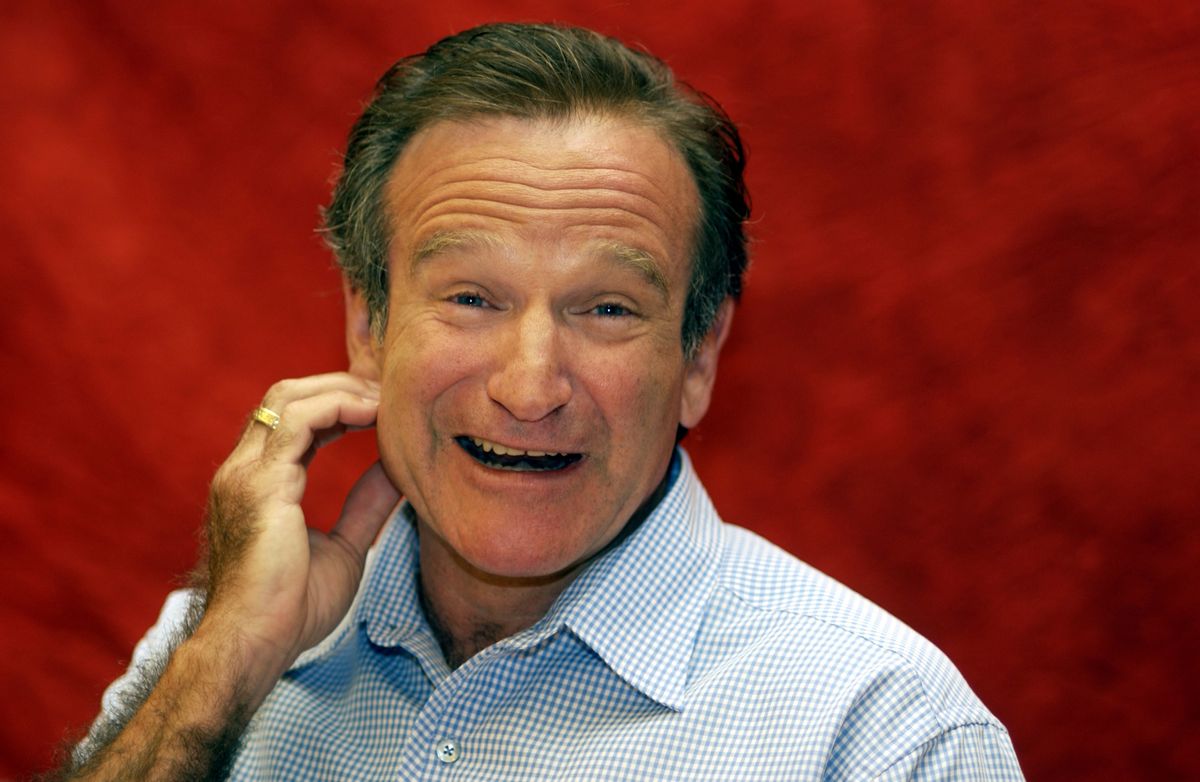 Robin Williams did appear in some movies and television commercials with his daughter, Zelda Williams.

However, an online advertisement that hinted Mara Wilson was Williams' daughter was misleading. She played his daughter in "Mrs. Doubtfire," but they are not related in real life.

In February 2021, online advertisements appeared to hint that 1990s child actress Mara Wilson was comedian Robin Williams' daughter. One of the ads read: "Hollywood Stars Who Played Iconic Scenes With Their Own Children." Another similar ad with the same picture said: "The Kids In These Scenes Were Actually The Star's Real Life Children."

The ads were misleading. Here's why this picture was likely chosen to be displayed in these instances.

Wilson's childhood face was likely familiar to many readers. In the 1990s, she starred in "Miracle on 34th Street" and "Matilda." Before those two films, she acted alongside Williams in "Mrs. Doubtfire." In the 1993 classic, they portrayed a father and daughter. However, the two are not related in real life.

For one of the ads, readers who clicked were led to a lengthy slideshow article with multiple pages. Robin Williams and his real daughter, Zelda Williams, finally showed up on pages 34 and 35.

While it was misleading to lure readers with a picture of Wilson, it's true that Williams acted with his real daughter.

Zelda Williams had a small role in the 1995 movie "Nine Months," as "Little Girl #3 in Ballet Class." Her father played a more prominent role as a doctor.

In 2004, David Duchovny directed, wrote, and starred in "House of D." The film also starred the late Anton Yelchin and Robin Williams. And Zelda Williams had a role in the movie. The trio appeared in several scenes.

In 2011, Robin Williams and Zelda Williams appeared in television commercials for Nintendo's "The Legend of Zelda" video games.

They also sat down to discuss how Zelda was named after the video game franchise.

SAN FRANCISCO (AP) — Robin Williams, a brilliant shapeshifter who could channel his frenetic energy into delightful comic characters like “Mrs. Doubtfire” or harness it into richly nuanced work like his Oscar-winning turn in “Good Will Hunting,” died Monday in an apparent suicide. He was 63.

Near the end of the online advertisement story, it was noted that in addition to Williams' wife, Susan, he was survived by his daughter, Zelda, and his two sons, Zachary and Cody.

We previously reported about a similarly misleading ad that appeared to claim Keanu Reeves was Sandra Bullock's son.

On April 21, 2021, this story was updated after a similar ad with the same picture appeared and claimed: "The Kids In These Scenes Were Actually The Star's Real Life Children."