Is This a Road Rage Incident in Russia?

What was mistaken by some for a snippet from a real video was actually a viral promotion for television show "Mafiosa". 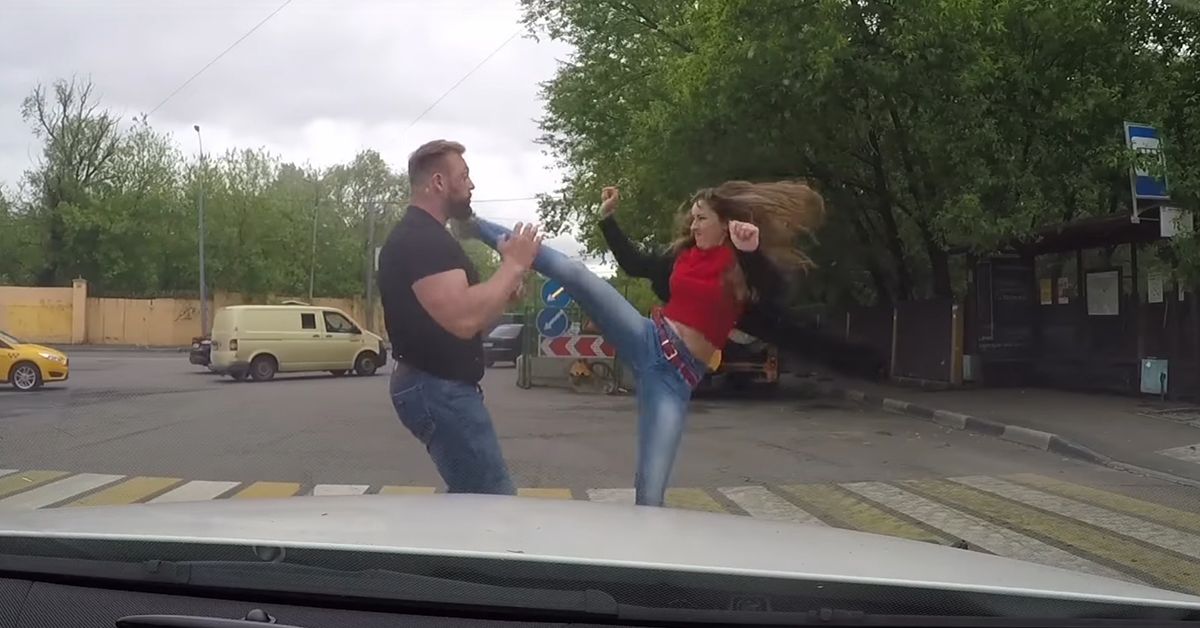 Claim:
A dashcam video shows a road rage incident in Russia in which a woman knocks out a much larger man with a roundhouse kick.
Rating:

In June 2017, an animated gif showing dashcam footage of an incident in which a woman knocked out a much larger man with a roundhouse kick during was circulated on social media:

This gif actually shows a scene that is not real, but a footage from a promotional video for the show Мафиоза (Mafiosa).  The original video, which was uploaded to the YouTube page for the Russian channel МТРК Мир, is much longer and contains clues that it is an advertisement and not a genuine incident; the video contains audio, and a voice on the car's radio can be heard promoting the show. However, as the gif has no sound, the audio component was lost on viewers.

The end of the original video also has a link to a video report about the show:


The original video was also published with a disclaimer that the stunt was performed by actors:

All the tricks are done by professionals, do not try to repeat it yourself.

We have not been able to identify the two actors in this video, but the two main actresses in Mafiosa are Hélène Fillières and Phareelle Onoyan.

Here is a much more obvious advertisement for the Russian show: