Did the RNC Chairwoman Delete a Tweet Suggesting Biden Won? 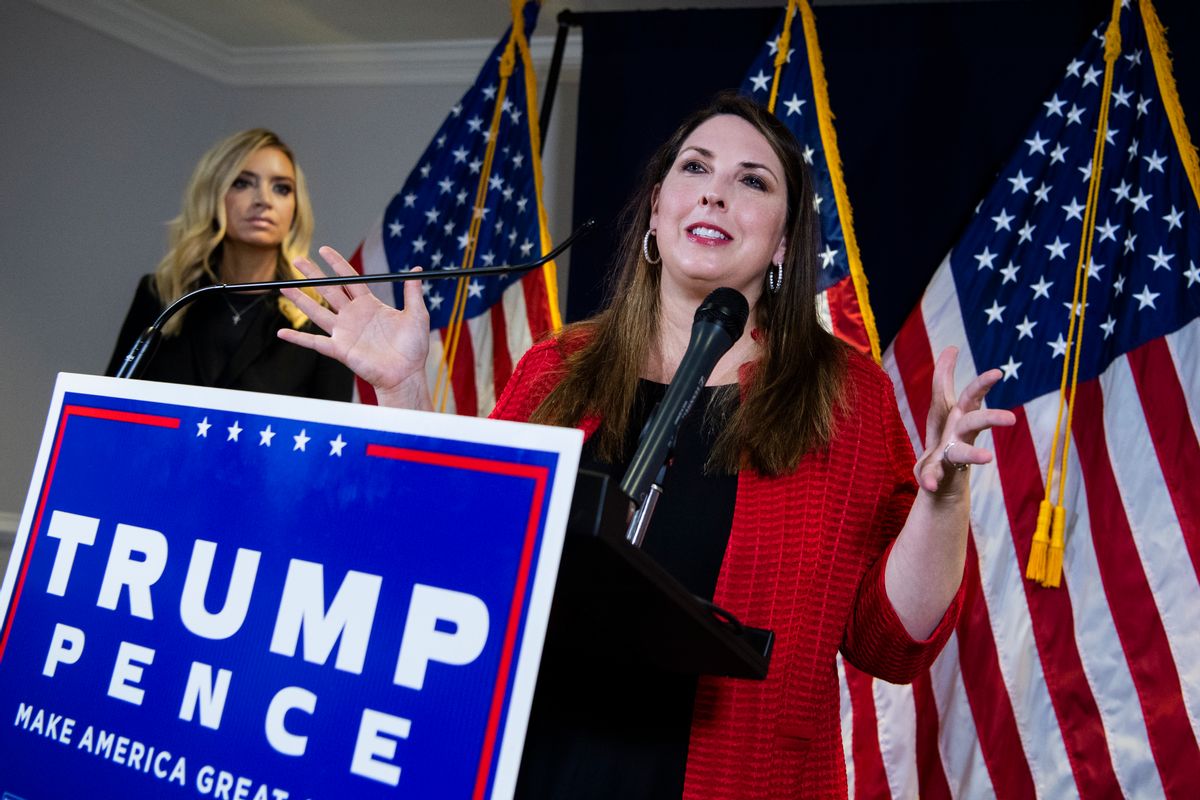 On Nov. 8, 2020, The Associated Press (AP) projected that former U.S. Vice President Joe Biden had defeated President Donald Trump and would become the 46th president of the United States. Trump has yet to concede and is fighting Biden's win in various courts claiming vote fraud.

Three days after AP's projection, a tweet mentioning Vice President-elect Kamala Harris as the deciding vote in the U.S. Senate was posted on the Twitter account @GOPChairwoman, from Republican National Committee Chairwoman Ronna McDaniel. It suggested the reality that the Biden-Harris administration is beginning in January.

It is true that the tweet was deleted. McDaniel's tweet appeared to be aimed at supporting Republican U.S. Sens. Kelly Loeffler and David Perdue in the upcoming Georgia runoff elections. The date for the runoff was set for Jan. 5, 2021. McDaniel's tweet did not cite any sources on what appeared to be fear-driven claims. The tweet was possibly deleted after McDaniel noticed that Bloomberg and other outlets reported that the post appeared to suggest a Biden win.