A controversy over whether a "girl's" risqué high school prom dress was appropriate for the event took place even though the photograph was of undetermined origin. 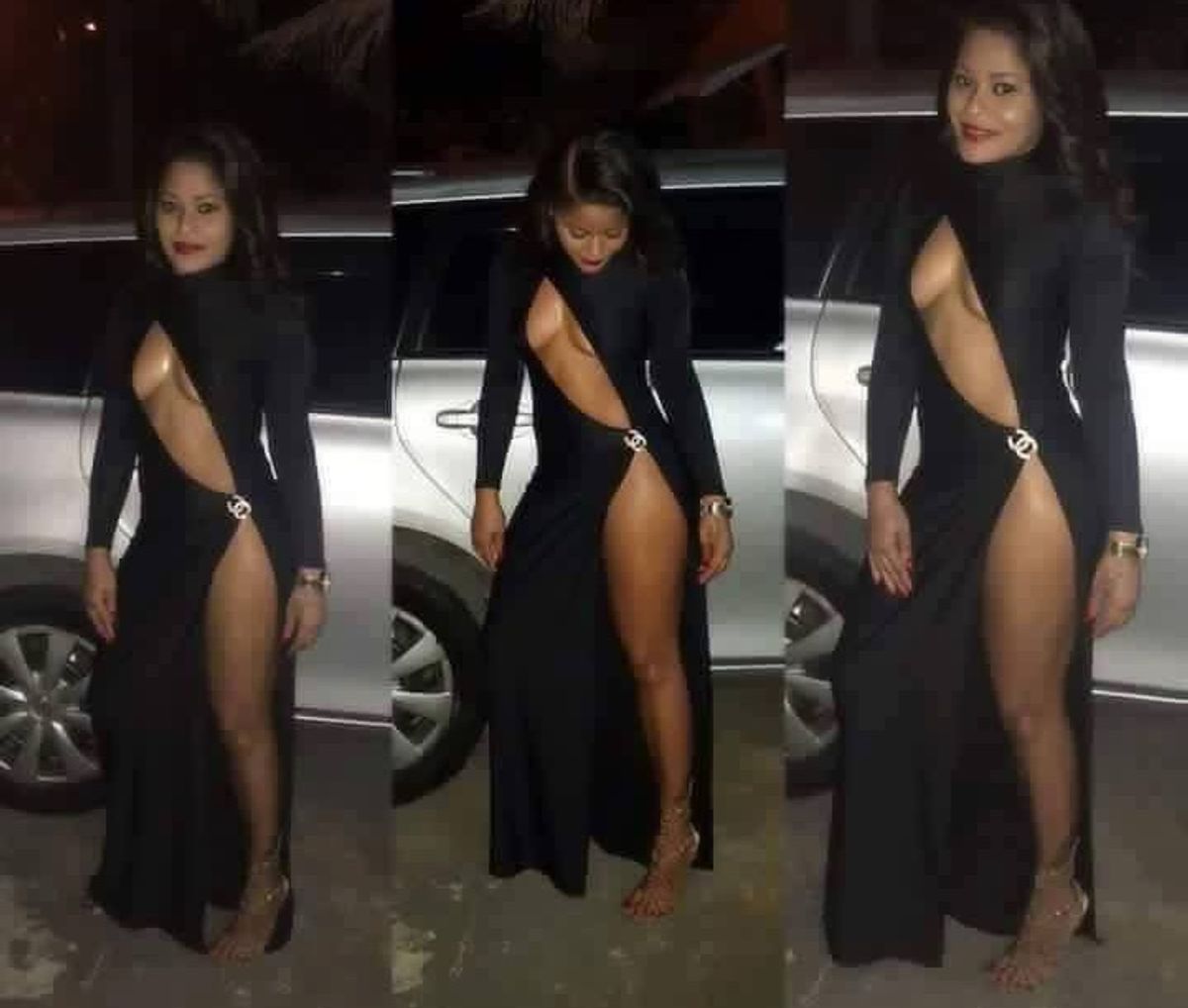 On 12 April 2016, the online publication Mic covered a social media controversy over a purported photograph of young woman's very revealing (and inappropriate) high school prom dress. However, that site noted that despite the popularity of the image (and the mountain of shame heaped upon it), no one was sure the photograph actually captured a high school age "girl" attending a school prom:

Two radio stations — 105.9 Kiss FM in Detroit and Old School Cincy in Cincinnati — posted onto their respected Facebook pages the same photo of what they claimed to be a high school student on her way to prom in a "revealing" black dress ... Mic called both stations to verify that the person in the photo is in fact a high school student, but has yet to hear back.

The radio station that shared the image included no details or other information about the woman pictured, the date of the photograph, the location of the purported prom, or how they determined that the picture depicted a prom attendee and not a grown woman dressed for a night out: One potential hole in the story was that a reverse image search performed before the "prom" angle started to catch on returned "fashion model" as a descriptor of the image, not "prom dress": The photograph also lacked all other stock-standard elements of prom pictures: a date in a tuxedo, fellow attendees, a corsage, a limousine, a pleasantly-planned background (such as a garden or gazebo), or anything other than a revealing dress. The image seemed to be more of a paparazzi-style photograph than a prom portrait, and some commenters pointed out that the woman did not appear to be of high school age.

Not all social media shares of the photograph claimed the woman was a prom attendee, either, querying as to whether a guy would "allow" his partner to wear such attire out on the town for a girls' night out:

Guys, would you let your girl go out with her girls like this? pic.twitter.com/o4svmtR8K7

The earliest appearance of the photograph we were able to locate was posted to Tumblr and dated 9 April 2016. The user who posted it speculated that the pictured dress was for a prom but did not offer any information substantiating that statement.

Although social media users were quick to condemn the pictured woman here and her parents based solely on captions, no solid proof or even circumstantial information suggested the photograph was one of a high school student in a risqué prom dress.