Is 'Ring Around the Rosie' About the Black Plague? 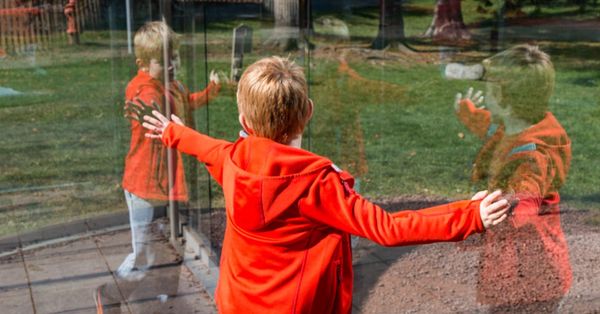 Claim:
The nursery rhyme "Ring Around the Rosie" is a coded reference to the Black Plague.
Rating:

"Ring Around the Rosie" is simply a nursery rhyme of indefinite origin and no specific meaning, and someone, long after the fact, concocted an inventive "explanation" for its creation.

Every child has happily joined hands with friends and recited the familiar nursery rhyme, "Ring around a rosie, a pocket full of posies. Ashes, ashes, we all fall down." Few people realize to what this seemingly happy little nursery rhyme actually refers.

This nursery rhyme began about 1347 and derives from the not-so-delightful Black Plague, which killed over twenty-five million people in the fourteenth century. The "ring around a rosie" refers to the round, red rash that is the first symptom of the disease. The practice of carrying flowers and placing them around the infected person for protection is described in the phrase, "a pocket full of posies." "Ashes" is a corruption or imitation of the sneezing sounds made by the infected person. Finally, "we all fall down" describes the many dead resulting from the disease.

If "few people realize" that a "seemingly happy little nursery rhyme actually refers" to the Black Plague, so much the better, because the explanation presented above is apocryphal.

The "Black Plague" was the disease we call bubonic plague, spread by a bacillus usually carried by rodents and transmitted to humans by fleas. The plague first hit western Europe in 1347, and by 1350 it had killed nearly a third of the population. Although some of the details of the plague offered in this putative "Ring Around the Rosie" explanation are reasonably accurate (sneezing was one of the symptoms of a form of the plague, for example, and some people did use flowers, incense, and perfumed oils to try to ward off the disease), the notion that they were behind the creation of this nursery rhyme is extremely implausible for a number of reasons:

["Ring Around the Rosie" is sometimes said to have originated with a later outbreak of the plague which occurred in London in 1665, to which all of the following reasoning applies as well.]

Quite a fervent imagination is required to maintain that any of these variations has anything to do with a plague, and since they were all collected within a few years of each other, how could anyone determine that the "plague" version of "Ring Around the Rosie" was the original, and the other versions later corruptions of it? (And why is it that this rhyme supposedly remained intact for five centuries, then suddenly started sprouting all sorts of variations only in the late nineteenth century?)

The explanations of the rhyme's "true" meaning are inconsistent, and they seem to be contrived to match whichever version of "Ring Around the Rosie" the teller is familiar with. For example, the purpose of the "pocket full of posies" is said to be any one of the following:

Likewise, multiple meanings are claimed for the repetition of "ashes" at the beginning of the last line:

The word "ashes" cannot be "a corruption of the sneezing sounds made by the infected person" and a word used for its literal meaning. Either "ashes" was a corruption of an earlier form or a deliberate use; it can't be both. Moreover, the "ashes" ending of "Ring Around the Rosie" appears to be a fairly modern addition to the rhyme; earlier versions repeat other words or syllables instead (e.g., "Hush!", "A-tischa!", "Hasher", "Husher", "Hatch-u", "A-tishoo") or, as noted above, have completely different endings.

Children were apparently reciting this plague-inspired nursery rhyme for over six hundred years before someone finally figured out what they were talking about, as the first known mention of a plague interpretation of "Ring Around the Rosie" didn't show up until James Leasor published The Plague and the Fire in 1961.

This sounds suspiciously like the "discovery," several decades after the fact, that L. Frank Baum's The Wonderful Wizard of Oz was written as a coded parable about Populism. How come no contemporaries of Baum — those much closer in time and place to what he was writing about — ever noticed this? The answer is that Baum merely authored a children's book, and it was only much later that someone invented a fanciful interpretation of it — an interpretation that has become more and more layered and embellished over the years and has now become widely accepted as "fact" despite all evidence to the contrary.

It isn't difficult to imagine that such a process has been applied to "Ring Around the Rosie" as well, especially since we humans have such a fondness for trying to make sense of the nonsensical, seeking to find order in randomness, and especially for discovering and sharing secrets. The older the secret, the better (because age demonstrates the secret has eluded so many others before us), and so we've read "hidden" meanings into all sorts of innocuous nursery rhymes: The dish who ran away with the spoon in "Hey Diddle, Diddle" is really Queen Elizabeth I (or Catherine of Aragon or Catherine the Great), or "Humpty Dumpty" and "The Old Woman Who Lived in a Shoe" describe the "spread and fragmentation of the British Empire." (The process is aided by a general consensus that some nursery rhymes, such as "Old King Cole," quite likely were actually based on real historical figures.)

So, what does "Ring Around the Rosie" mean, then? Folklorist Philip Hiscock suggests:

The more likely explanation is to be found in the religious ban on dancing among many Protestants in the nineteenth century, in Britain as well as here in North America. Adolescents found a way around the dancing ban with what was called in the United States the "play-party." Play-parties consisted of ring games which differed from square dances only in their name and their lack of musical accompaniment. They were hugely popular, and younger children got into the act, too. Some modern nursery games, particularly those which involve rings of children, derive from these play-party games. "Little Sally Saucer" (or "Sally Waters") is one of them, and "Ring Around the Rosie" seems to be another. The rings referred to in the rhymes are literally the rings formed by the playing children. "Ashes, ashes" probably comes from something like "Husha, husha" (another common variant) which refers to stopping the ring and falling silent. And the falling down refers to the jumble of bodies in that ring when they let go of each other and throw themselves into the circle.

Like "A Tisket, A Tasket" or "Hey Diddle Diddle" or even "I Am the Walrus," the rhyme we call "Ring Around the Rosie" has no particular meaning, regardless of our latter day efforts to create one for it. They're all simply collections of words and sounds that someone thought sounded good together. As John Lennon once explained:

We've learned over the years that if we wanted we could write anything that just felt good or sounded good and it didn't necessarily have to have any particular meaning to us. As odd as it seemed to us, reviewers would take it upon themselves to interject their own meanings on our lyrics. Sometimes we sit and read other people's interpretations of our lyrics and think, 'Hey, that's pretty good.' If we liked it, we would keep our mouths shut and just accept the credit as if it was what we meant all along.