Did Trump Put Rick Scott 'in Charge of Republican Healthcare'?

A meme shared by social media users had some chronology issues. 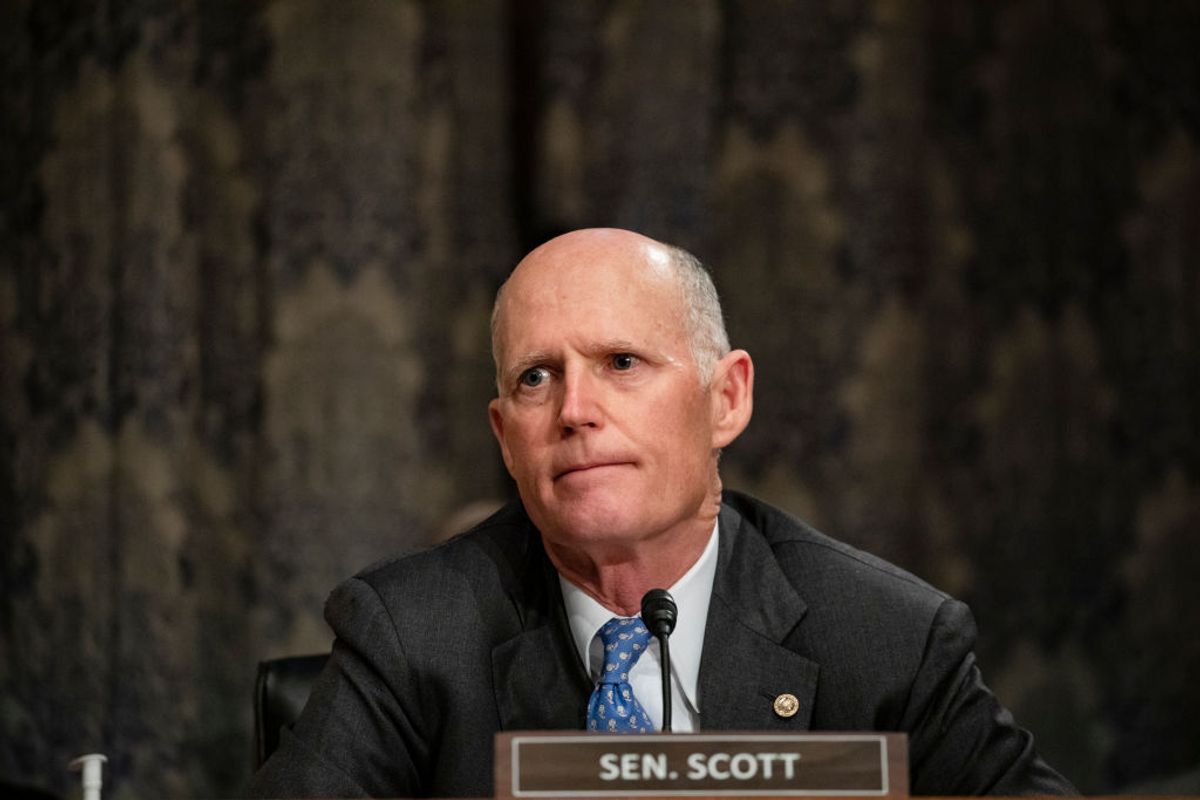 In early May 2020, social media users shared an old meme that stated, among other things, U.S. President Donald Trump "has put Rick Scott in charge of Republican healthcare." The meme was re-shared amid the ongoing COVID-19 coronavirus disease pandemic, but it's unclear why or whether the two are related. Although Trump did at one point tap U.S. Sen. Rick Scott, R-Fla., to help craft health care reform efforts, the news about it was a year old as of May 2020.

In April 2019, Scott, who was governor of Florida until January 2019, was the subject of a spate of news stories after Trump selected him to help lead efforts to repeal and replace the Affordable Care Act (colloquially known as "Obamacare"). At the time, the Tampa Bay Times reported on April 3, 2020, that Trump's selection had elevated an old scandal to the spotlight:

But in naming Scott, Trump inadvertently returned the national spotlight to a scandal that has dogged the former health care executive’s entire political career.

Scott resigned in 1997 as CEO of Columbia/HCA, one of the country’s largest hospital networks, amid a federal investigation. Later, the company he helped found was fined $1.7 billion by the Department of Justice for defrauding Medicare and other government health care programs. At the time, it was the largest health care fraud settlement in U.S. history. While the investigation’s findings covered Scott’s time at the company, he was never charged with any wrongdoing.

Again, it's unclear whether Scott's efforts to reform health care are ongoing as of this writing. Our efforts to reach a spokesperson for Scott on the matter were unsuccessful. We do know that in June 2019, the Florida Phoenix reported that Scott appeared to be "distancing" himself from the national reform effort, stating he was instead focused on crafting legislation in the Senate aimed at keeping health care costs down.

Scott did indeed plead the Fifth Amendment, which protects defendants from self-incrimination, some 75 times during court proceedings related to his tenure with Columbia/HCA on the advice of his attorney. But as Politifact and the Tampa Bay Times noted, that occurred in a civil case separate from the one initiated by the U.S. Department of Justice.

It is also true, according to the Miami Herald, that Scott, along with other Republican legislators in Florida, refused to expand Medicaid under Obamacare when he was the governor of that state.

In short, because the claim that Scott was tapped to help lead an effort to repeal and replace Obamacare was, as of the time of its recirculation on social media in 2020, a year-old news event, and because he appears to have distanced himself from that effort, we rate this claim "Outdated."