A photograph of a ribbon seal spotted in Washington state was snapped by the National Oceanic and Atmospheric Association in August 2016. 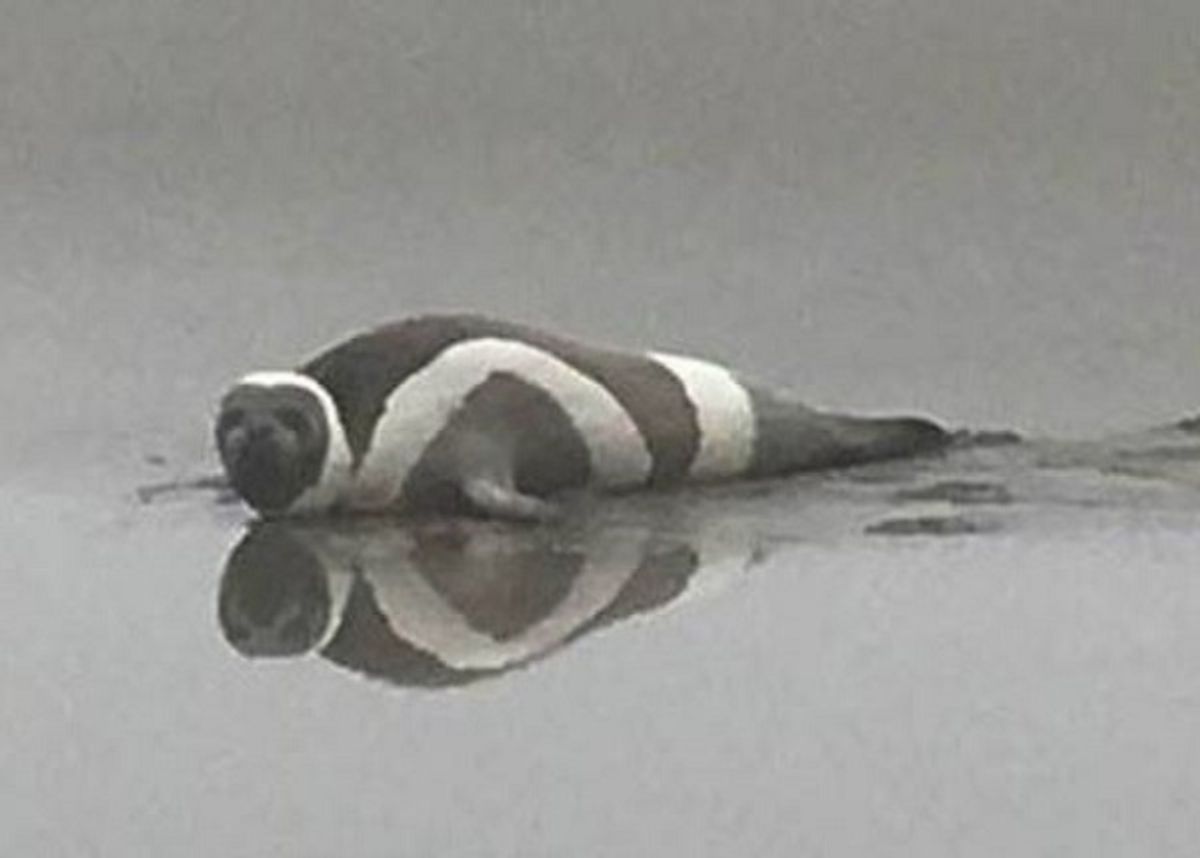 Image Via US Fish and Wildlife Service

Claim:
A photograph captures a rare seal with a symmetrical stripe pattern on its pelt.
Rating:

On 4 October 2016, the pet and animal-oriented blog The Dodo posted a photograph of a seal with symmetric gray and white markings. The seal was so unusual-looking it prompted some viewers to ask if the photograph was real.

The photograph is legitimate and depicts a ribbon seal, a species of seal known for the striking types of patters on its pelt that drew the attention of The Dodo. The seal in question was seen on the Long Beach Peninsula in Washington, on 16 August 2016.

The photograph was taken by the National Oceanic and Atmospheric Association (NOAA) and posted to the official Facebook account of the U.S. Fish and Wildlife Service with the following caption:

We had a rare visit from a ribbon seal on the Long Beach Peninsula on Wednesday. According to NOAA Fisheries Service, which took the photo, the seal appeared to be in good condition and went back into the water. The last known ribbon seal sighting in Washington state was in 2012. Ribbon seals are usually found in the Arctic and Subarctic regions of the North Pacific Ocean, particularly in the Bering Sea and the Sea of Okhotsk.

According to NOAA, ribbon seals spend a lot of time on the open sea and prefer pack ice, away from land, which tends to protect them from predators. It's unclear what the current population is:

Ribbon seals are very distinctive. Males are dark brown to black with four ribbons of white. females are lighter with less distinctive stripes. The stripes are located around the front shoulders, the neck and the rear section. Young seals are gray and will acquire the distinctive ribbons by the age of four. Ribbon seals have large eyes and small teeth.

While ribbons seals are not currently listed as an endangered species, NOAA is monitoring them. They are threatened by a number of factors, including oil spills, commercial fishing and climate change, which affects their sea ice habitat.