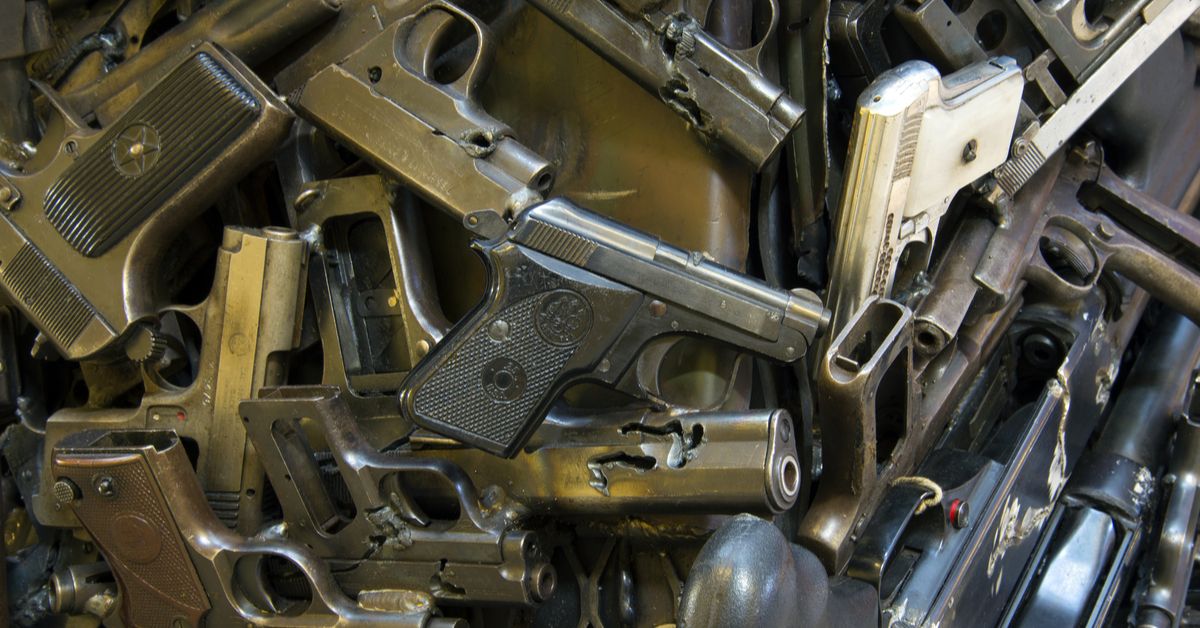 On 26 February 2018, Governor Gina Raimondo of Rhode Island signed an executive order instructing state police to promptly respond to and investigate credible "red flag reports" identifying people who pose "significant danger of personal injury to themselves or others" in the state.

The order further directs police, in cases where probable cause is found, to initiate criminal proceedings or arrange mental health evaluation where appropriate, as well as to "remove firearms from the person and/or the person's household."

Despite stipulating that all of the above must be done in a manner "consistent with all applicable state and federal laws and regulations," the order to remove firearms was characterized by some as a "dictatorial" confiscation of guns by the government.

Rhode Island’s Democratic Governor signed an executive order allowing the federal government to seize firearms from the homes of individuals they deem are dangerous.

The measure, which satisfies just about everything on gun-grabbers’ wish list, claims the government is legally allowed to determine which citizens should or should not have the right to bear arms.

Many would agree that a person with a mental illness should not have a gun, but Raimondo’s executive order allows for the Rhode Island government to determine which individuals can have a gun.

Moreover, despite instructing the state police to do so, the executive order doesn't by itself give them the legal authority to confiscate the weapons of those deemed "dangerous," as the Providence Journal pointed out on the day of its signing:

The “Red Flag Executive Order,” which Raimondo signed at Warwick City Hall surrounded by gun-control advocates and police officers, may turn out to be mostly symbolic. A change in state law is required to give the courts and police the authority to seize firearms from people they believe are dangerous.

Just such legislation has been introduced in the General Assembly and is co-sponsored by fellow Democrat House Speaker Nicholas Mattiello.

In a public statement, Raimondo said her intention was to put a policy in place that "sets the stage for a complementary legislative effort." That effort has already resulted in H 7688, a bill introduced in the Rhode Island General Assembly that would provide a legal framework for the policy similar to those established by the five states that have already red flag laws.

According to the legislature's press release, the bill creates an “'extreme risk protective order' which would allow authorities to disarm threatening individuals while also providing them due process":

Under the bill, police, the attorney general or a family or household member of an individual could petition Superior Court for an extreme risk protection order if they believe the individual poses a significant danger of causing injury to himself or others by having a firearm. The petitioner must give an affidavit stating the specific statements, actions, or facts that give rise to a reasonable fear of future dangerous acts by that individual.

A judge would determine whether to issue one, considering any recent acts or threats of violence with or without a firearm and patterns of such threats or acts in the previous year, and the individual’s mental health, substance abuse and criminal histories. The court would also consider any unlawful, threatening, or reckless use or brandishing of a firearm by the individual and evidence of any recent acquisition of a firearm.

Court hearings to determine whether to issue an extreme risk protective order must be held within 21 days, but in the meantime, the petitioner can request a temporary extreme risk protective order, similar to a temporary restraining order, which would be issued within a day if the court agrees that there is probable cause to believe the individual poses an imminent threat to others or himself if armed.

When an individual is served with the order, he or she must immediately hand over all firearms and any concealed carry permit in his or her possession to police or a licensed gun dealer. The order would be reported to the National Instant Criminal Background Check System (NICS) and all state and federal lists used for determining whether those seeking to purchase guns have been prohibited from doing so.

Far from empowering the government to arbitrarily decide "which individuals can have a gun" and conduct wholesale confiscations, the legislation establishes court procedures for demonstrating probable cause so that a dangerous individual can be disarmed. The legislators say their intent is to provide a "speedy but fair" process.

Theoretically, such a law could prevent mass shootings such as the one at Marjory Stoneman Douglas High School in Parkland, Florida that resulted in seventeen deaths in February 2018. The accused shooter was known to have engaged in hate speech, made violent threats, displayed a fascination with assault weapons, and "joked" with online acquaintances about killing people.

"[A] gun violence restraining order could have made the difference here," Garen Wintemute, director of the Violence Prevention Research Program at UC Davis Medical Center, told the Bay Area News Group shortly after the Florida attack.

The red flag laws already enacted by states such as California, Washington, Oregon, and Indiana haven't been in effect long enough to assess how well they work, although a study conducted in Connecticut, which has had such a law since 1999, showed that at least 72 gun suicides have been prevented since its passage.

Despite winning the support of the state Police Chiefs Association, Gov. Raimondo's executive order and the complementary legislation prompted an expression of "great concern" on the part of the American Civil Liberties Union. However, the issues they raised had nothing directly to do with gun confiscation, but rather with the question of due process for people who have not committed a crime:

Gun violence is a deeply serious problem deserving of a legislative response, but not, Minority Report-like, at the expense of basic due process for individuals whose crimes are speculative, not real. The precedent it creates could reverberate in unexpected and distressing ways in years to come.

As ever, the thorniest problems in a free society often come down to balancing individual rights against the public good. How many children must die before we find a solution to gun violence? Which of our rights, if any, would we be willing to give up to do so?

Bernstein, Lenny.  "Five States Allow Guns to Be Seized Before Someone Can Commit Violence."   The Washington Post.  16 February 2018.