Did Republicans Vote to Make It Legal to Ban Gays and Lesbians from Adopting?

In a party line vote, the Republican majority in the House Appropriations Committee approved an amendment to a funding bill that would allow federally-funded adoption agencies to discriminate against LGBTQ families. 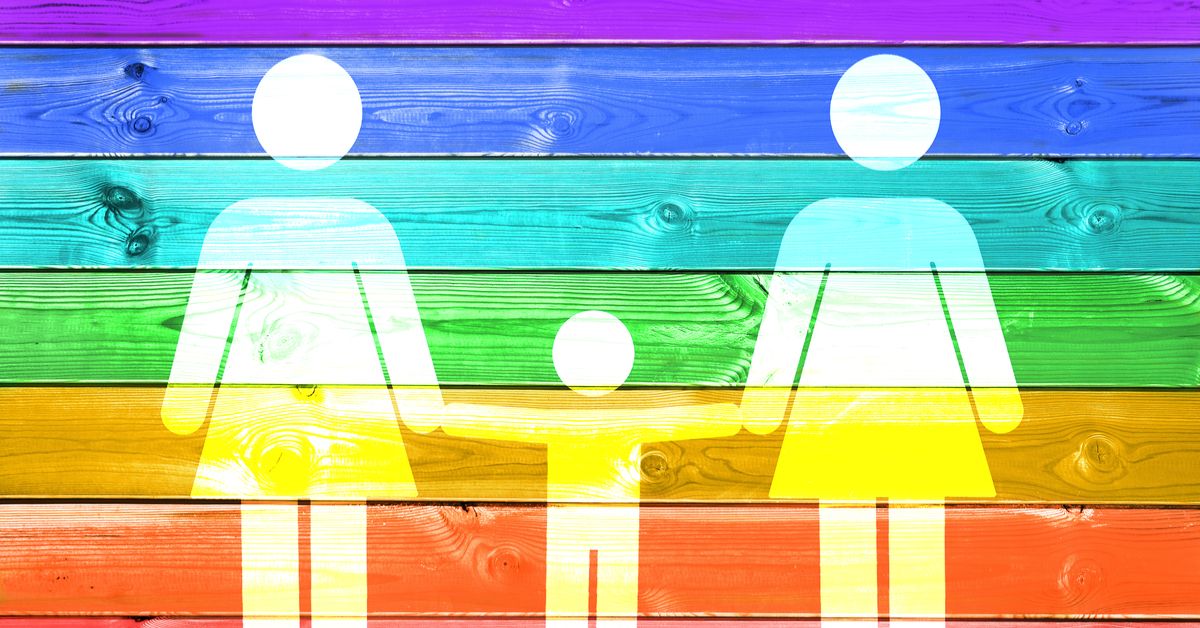 In July 2018, alarms sounded in the LGBTQ community in reaction to reports that Republicans in the U.S. Congress had voted to make it legal to ban gay and lesbian families from adopting:

The news came at a moment when LGBTQ activists were still reeling from a 2 July Supreme Court decision siding with a Colorado baker sued for violating the state's anti-discrimination law by refusing, on religious grounds, to bake a wedding cake for a same-sex couple. In their narrow ruling, the justices upheld the law itself but found that the Colorado Civil Rights Commission did not act with sufficient neutrality with respect to the baker's religious beliefs.

The vote on gay adoption (which also turned on the issue of religious objections to same-sex relationships) did, in fact, take place during consideration of a funding bill for the Departments of Labor, Health and Human Services, and Education by the House Appropriations Committee on 11 July 2018.

Among the amendments proposed to the bill was one offered by Rep. Robert Aderholt (R-Alabama) forbidding the federal government, and state and local governments that receive federal funding for child welfare services programs, to act against individual providers who decline to supply services to anyone — including promoting adoption, recruiting adoptive parents, assisting adoptions, and supporting adoptive families — for religious or moral reasons.

The committee approved Aderholt's amendment by a vote of 29 for and 23 against, with all 22 Democrats and only one Republican (Rep. Scott Taylor of Virginia) opposed. The full bill still has to pass both the House and Senate and be signed by the president before it can become law.

Couched in language almost identical to that in the Child Welfare Provider Inclusion Act (a bill introduced by Republicans in the U.S. Senate in April 2017), the first two paragraphs of the Aderholt amendment read as follows:

(a) The Federal Government, and any State or local government that receives Federal funding for any program that provides child welfare services under part B or part E of title IV of the Social Security Act (and any subdivision, office, or department of such State), shall not discriminate or take an adverse action against a child welfare service provider on the basis that the provider has declined or will decline to provide, facilitate, or refer for a child welfare service that conflicts with, or under circumstances that conflict with, the provider's sincerely held religious beliefs or moral convictions.

In a public statement, Aderholt alluded specifically to the goal of enabling adoption providers who refuse to place children with same-sex couples:

[S]everal states and localities across the country are not allowing religious organizations, such as Catholic Charities and Bethany Christian Services, to operate child welfare agencies. The reason for this is simply because these organizations, based on religious conviction, choose not to place children with same-sex couples.

The amendment I introduced seeks to prevent these governments from discriminating against child welfare providers on the basis that the provider declines to provide a service that conflicts with its sincerely held religious beliefs or moral convictions, and furthermore, it would require the Department of Health and Human Services to withhold 15% of federal funds for child welfare services from states and localities that discriminate against these agencies.

Aderholt said the provision is necessary "to encourage states to include all experienced and licensed child welfare agencies" to meet a growing demand for adoption services, but civil rights groups balked at the claim.

Calling it a "license to discriminate," the Human Rights Campaign (HRC) said the amendment would have "a sweeping, harmful impact in child welfare services by enabling discrimination against LGBTQ people, same-sex couples, interfaith couples, single parents, married couples in which one prospective parent has previously been divorced, or other qualified parents to whom an agency has an objection."

American Civil Liberties Union (ACLU) legislative director Ian Thompson said in a statement to the Washington Blade that his organization opposes the amendment because "it essentially privileges the religious and moral beliefs of providers over the best interest of children who are in their care."

House Minority Leader Nancy Pelosi (D-California) called the amendment "deeply immoral and profoundly offensive" and said Democrats woyld fight against it "with all our strength."

In September 2018, the U.S. Senate and the U.S. House of Representatives passed the Department of Defense and Labor, Health and Human Services, and Education Appropriations Act (H.R. 6157), a bill which funded HHS for fiscal year 2019 but did not include the Aderholt amendment allowing child welfare service providers to withhold services based on moral or religious objections. That version of the bill was signed into law by President Trump on 28 September 2018.

The status of this page was changed from TRUE to OUTDATED to reflect the dropping of the amendment in question from the final passed version of the bill.