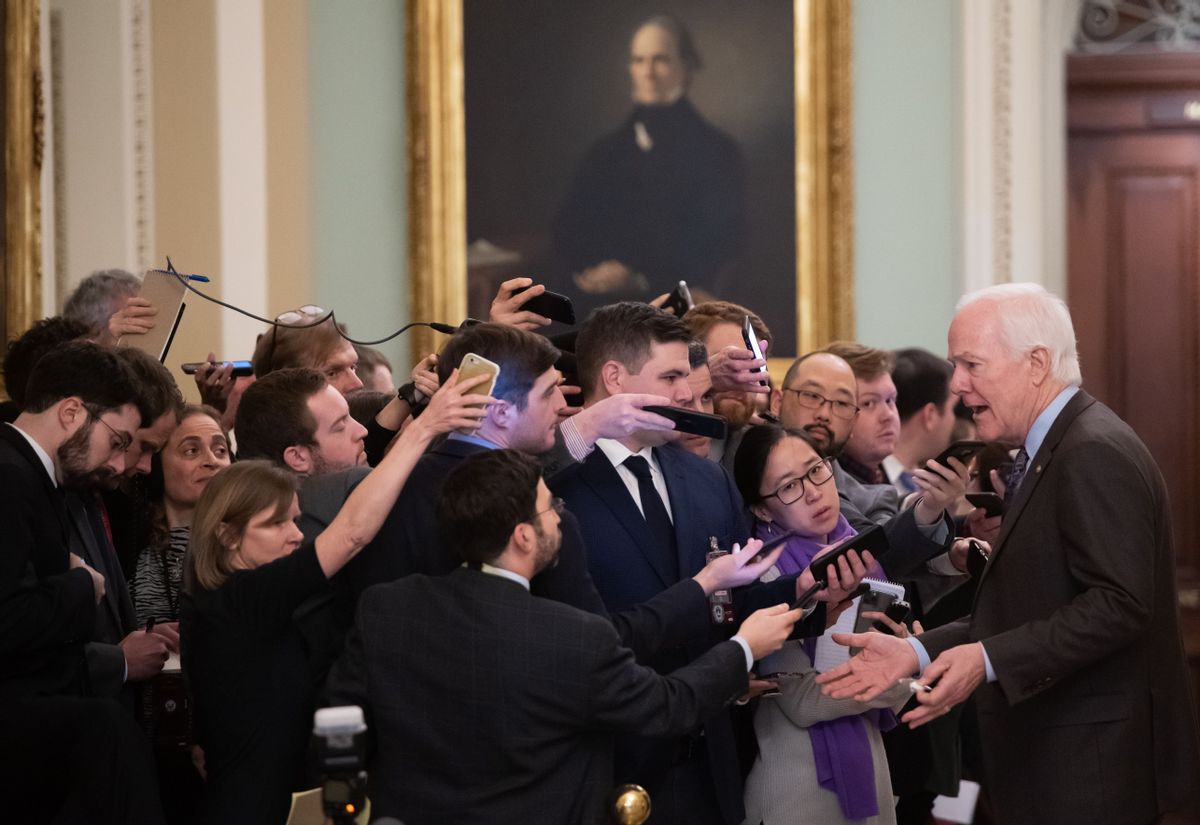 Claim:
Republican senators were overheard saying they were "up shit's creek" in regards to impeachment proceedings.
Rating:

On Jan. 22, 2020, Joe Lockhart, a political analyst for CNN and former press secretary for U.S. President Bill Clinton, tweeted that he overheard the following comments exchanged between Republicans in the Senate:

The tweet received a large number of retweets and likes, however it wasn't true, as Lockhart pointed out in a subsequent tweet (which received significantly fewer retweets).

Lockhart admitted inventing the conversation he described, however, he didn't escape criticism for spreading misinformation.

U.S. President Donald Trump was impeached by the U.S. House of Representatives on two articles of impeachment, obstructing Congress and abuse of power. Impeachment proceedings began on Jan. 20, 2020.