Diversity Among Democratic and Republic Interns

An image comparing the diversity (or lack thereof) of Republican and Democratic interns is somewhat misleading. 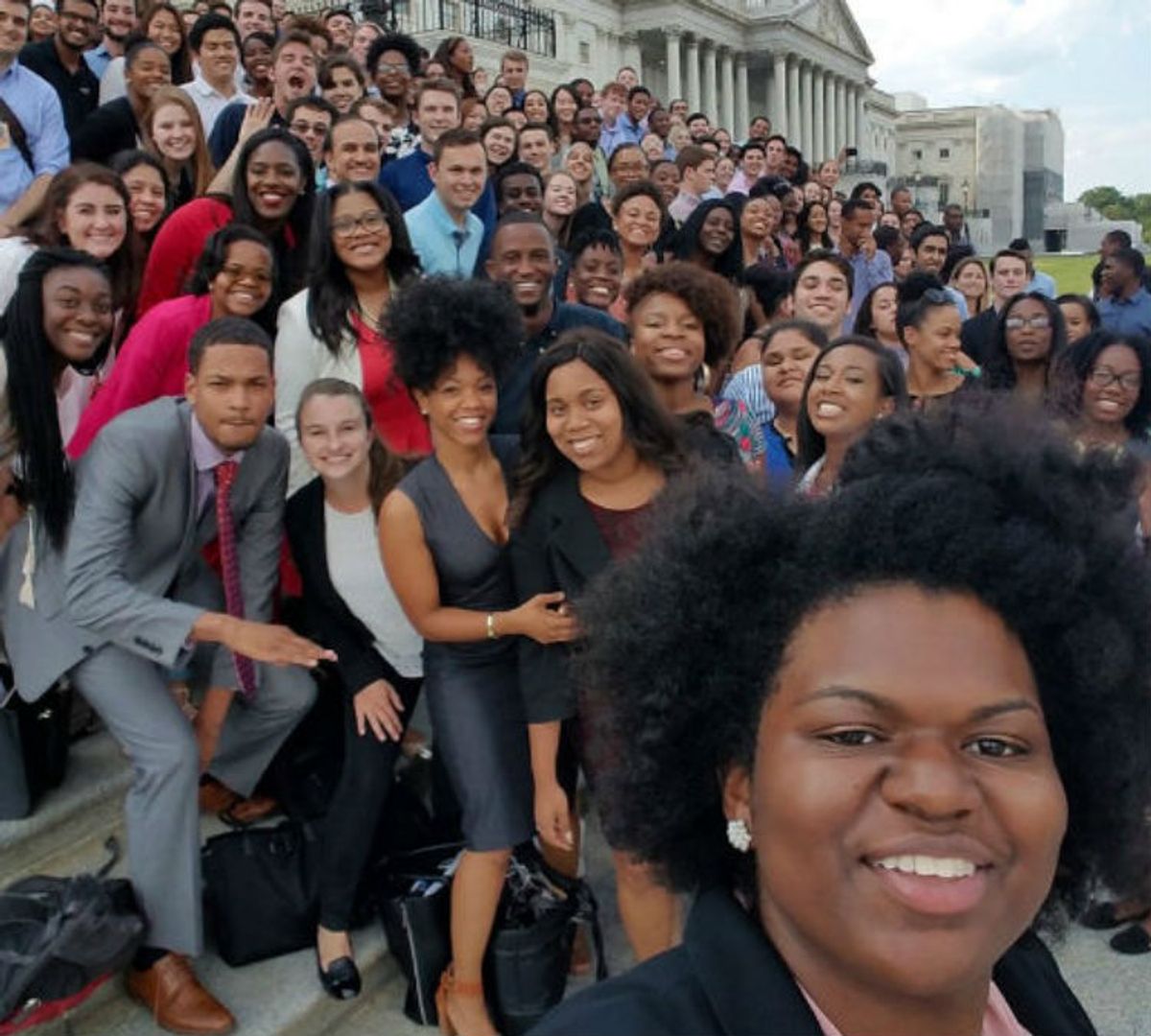 Claim:
An image shows that Democratic interns are much more diverse as a group than Republican interns.
Rating: The tweet quickly gained traction online, but for a very different reason than the one Ryan touted: it seemingly documented that racial diversity among Republican interns on Capitol Hill was virtually non-existent:

Why did @SpeakerRyan make the black intern take the picture? #smdh pic.twitter.com/RKJe9HXmnb

A few days after Ryan's image went viral, Congresswoman Sheila Jackson Lee of Texas posted a photograph of a much more diverse-looking group of Democratic interns: The photographs are genuine, but the comparison is somewhat misleading due to the common assumption that Ryan's photograph shows only Republican interns: Paul Ryan's photograph was actually taken at an event for the 2016 Congressional Summer Intern Lecture Series, which is open to interns from both parties. While some speakers and events likely drew a greater share of Republican (or Democratic) interns than others, it's not accurate to classify this photograph as an image specifically showing all (or only) Republican interns.

RJ Khalaf, an intern for Congressman André Carson (D-Ind.), said that the photograph is more indicative of the lack of diversity on Capitol Hill as a whole rather than among one party or the other:

Khalaf says that Ryan’s speech had a limited capacity, so interns were randomly selected to attend in a lottery. The interns in the picture work for congresspeople of both parties, he says.

“I don’t think this necessarily reflects poorly on Paul Ryan,” says Khalaf. “Sure, it shows his privilege and inability to see the lack of diversity. However, it’s a better representation of the fact that so many interns on the Hill are not people of color.”

Khalaf elaborated on this point in an interview with South Bend television station WSJV:

RJ Khalaf, an intern under Indiana Representative Andre Carson from Washington, says Ryan's speech was part of the Congressional Summer Intern Lecture Series, and adds the picture has both Democratic and Republican interns in attendance. However, Ryan shouldn't be the one everyone is pointing the finger at. Khalaf says, "People of color just don't have access to these high level internships like internships on the hill. This is a by-product of our society. This is what we as a society have to do to make an inclusive society for all. The hill is super white, and that's just something we have to address."

Information pertaining to the demographics of Capitol Hill interns is not readily available (we have reached out for more information), and efforts have been made to add diversity to the internship program. Democratic congresswoman Alma Adams, who co-sponsored a bill to improve diversity in workplaces like Capitol Hill, said that Ryan's photograph was proof that more had to be done:

“They say a picture is worth 1,000 words, but based on this photo, only three come to mind: lack of diversity,’’ she said. “We know that diversity needs to be improved in workplaces like Capitol Hill just based upon our observations alone or this selfie taken by the Speaker Ryan.”