Did a Reality TV Show See '15 Men Compete To Impregnate a Woman'?

Did the idea come from the mind of a dystopian satirist? Or, an American TV executive? 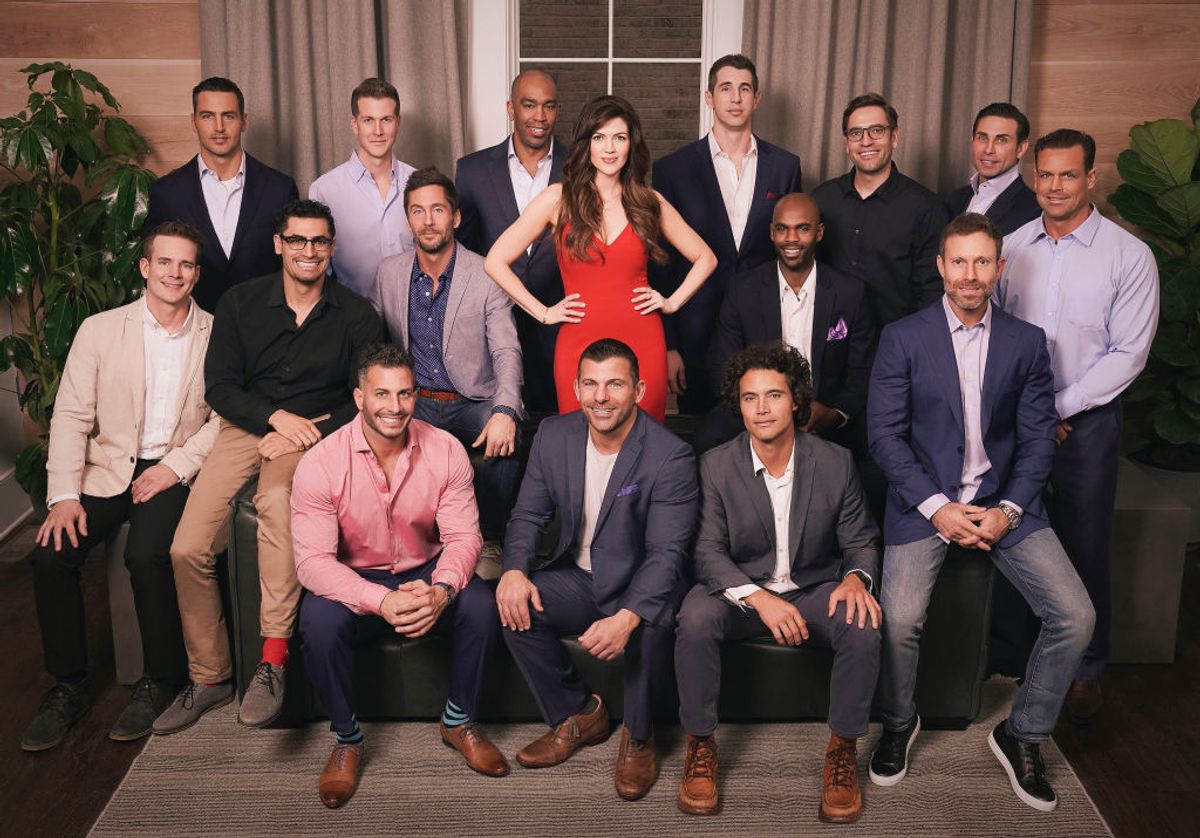 Image Via Photo by FOX via Getty Images

Claim:
A 2020 reality TV show was based on the premise of 15 men competing to impregnate a woman and start a family with her.
Rating:

In December 2020, users of Facebook and the popular online forum Reddit reacted with a mixture of dismay and bemusement to descriptions of a purported reality television show in which "15 men will compete to impregnate a 41-year-old woman."

On Dec. 11, a user on /TIHI — "Thanks, I hate it," a subreddit dedicated to content that readers perceive as disgusting or abhorrent — posted a screenshot from an article on the website Shared.com, whose headline read "15 Men Will Compete To Impregnate A 41-Year-Old Woman In New Reality Show 'Labor Of Love.'" The Shared.com article was real, and was originally published in May 2020. Its description of "Labor of Love," which debuted on Fox on May 21, 2020, was fundamentally accurate. The premise and format of the show was strikingly similar to that of "The Bachelor" and "The Bachelorette," in which women and men compete to prove themselves worthy wives or husbands to a single man or woman.

In "Labor of Love," the 15 competitors sought to demonstrate their potential as fathers, rather than husbands. After whittling down the pool of men each week, the object of their affections is ultimately expected to decide whether or not to start a family with one of the men, or continue to take her chances in the real world.

"Compete to impregnate a woman" might seem a somewhat crude synopsis of the show's premise, but then Fox's own website promoted "Labor of Love" as "FOX levels up dating to mating by taking viewers along on one woman’s unconventional journey toward potential love and motherhood."

The show's first, eight-episode season culminated on July 16, 2020. It was hosted by former "Sex and the City" actor Kristin Davis, and the woman at the center of the show was Kristy Katzmann, who was an unsuccessful contestant on the 11th season of "The Bachelor," in 2007.

"Labor of Love" proved controversial from the outset. One reviewer wrote:

Watching "Labor of Love" is like pulling your brain out of your ear with a corkscrew and booting it into a lake... "Labor of Love" is a dating show where the prize is a real life flesh-and-blood baby. The entire show exists to help one woman choose a candidate to impregnate her. It’s a mating show, not a dating show. Love, as we’re told, is optional.