Is This a Real Video of a Thunderstorm Supercell?

A video purporting to show a huge storm moving over a rural road was digitally manipulated, although it was created from a real photograph. 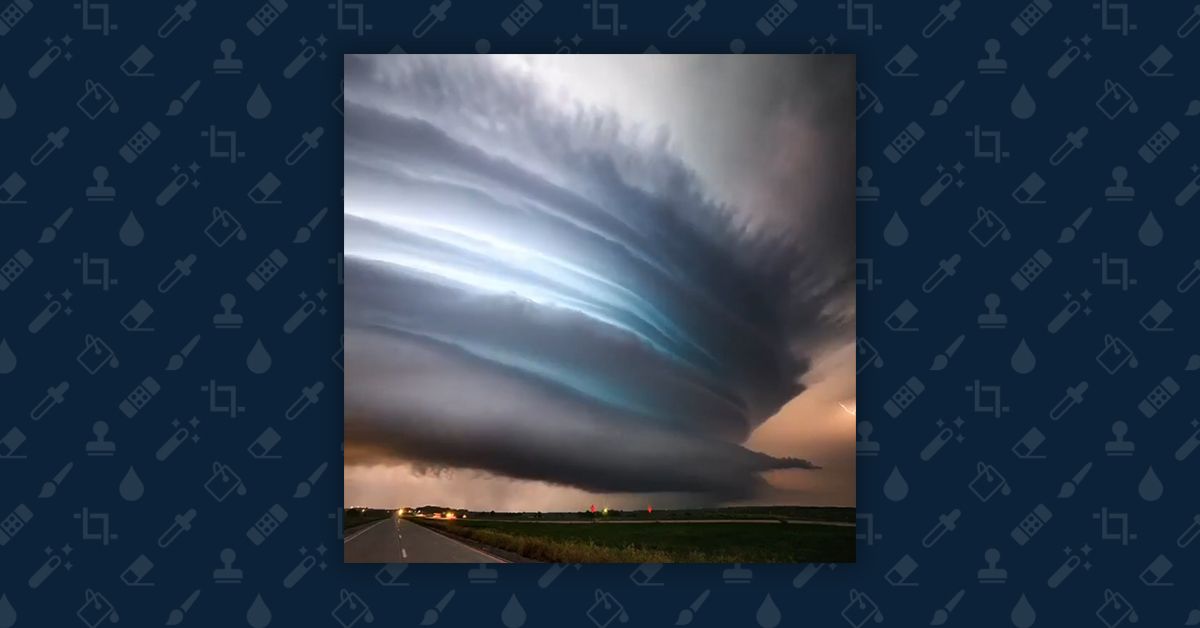 Claim:
A video shows a giant supercell moving over a rural road.
Rating:

A video purportedly showing a "live" view of a huge, rare supercell thunderstorm moving across a rural road was viewed millions of times after it was posted on 20 July 2017 to the Facebook page "Newsfeed":

This footage did not show a "live" video of a storm, and the biggest giveaway thereof was that the storm did not move from its original location at any time during the four-hour-long stream.

The main reason for the storm's static appearance, of course, is that this footage was actually based on a photograph, taken by storm chaser and photographer Marko Korosec, of a supercell near Murdo, South Dakota on 19 June 2015.

Korosec explained in a Facebook post that this "tornadic supercell" was one of the best he'd ever seen:

Korosec hosts several other pictures of this storm on his web site and social media pages:

This static photograph was later animated by Jonathan Wennstrom, who posted a cinemagraph of the storm to his Instagram page on 2 July 2017.