Does This Photo Show a Real Storm Over Paris? 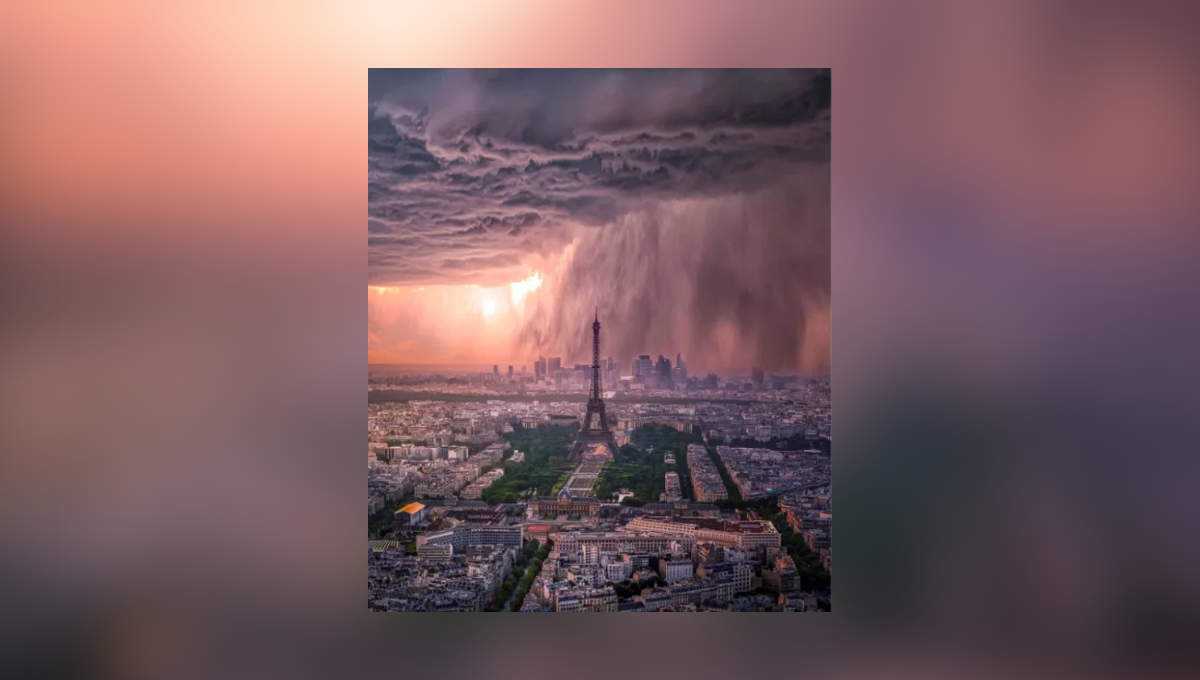 An image supposedly showing a large storm looming over Paris, France, was widely shared across social media in February 2020: This is not a genuine photograph of a storm in Paris.

The digital artwork was created by Brent Shavnore, who creates arresting images by combining two or more photographs. While Shavnore's fans are likely aware that many of his pieces are edited composites, his images occasionally get shared online as if they were genuine photographs. We've previously reported on a few of his pieces, such as this image showing a large storm over Penscaola Beach, Florida, and this picture of a hurricane approaching Miami, Florida.

Shavnore launched a digital storm art workshop in 2021 to teach people how to create similar images:

To achieve the effect in the viral image of the Paris storm, Shavnore used a photograph of Paris on a clear day taken by @YuriFineart in March 2015, and he edited in a separate picture of a dangerous storm. We have not been able to identify the source of the latter photograph.

Here's a look at how this storm was incorporated into the original Paris photograph: