Does a Photo Reveal the Inside of a Penguin’s Mouth?

The picture was something straight out of a horror flick. 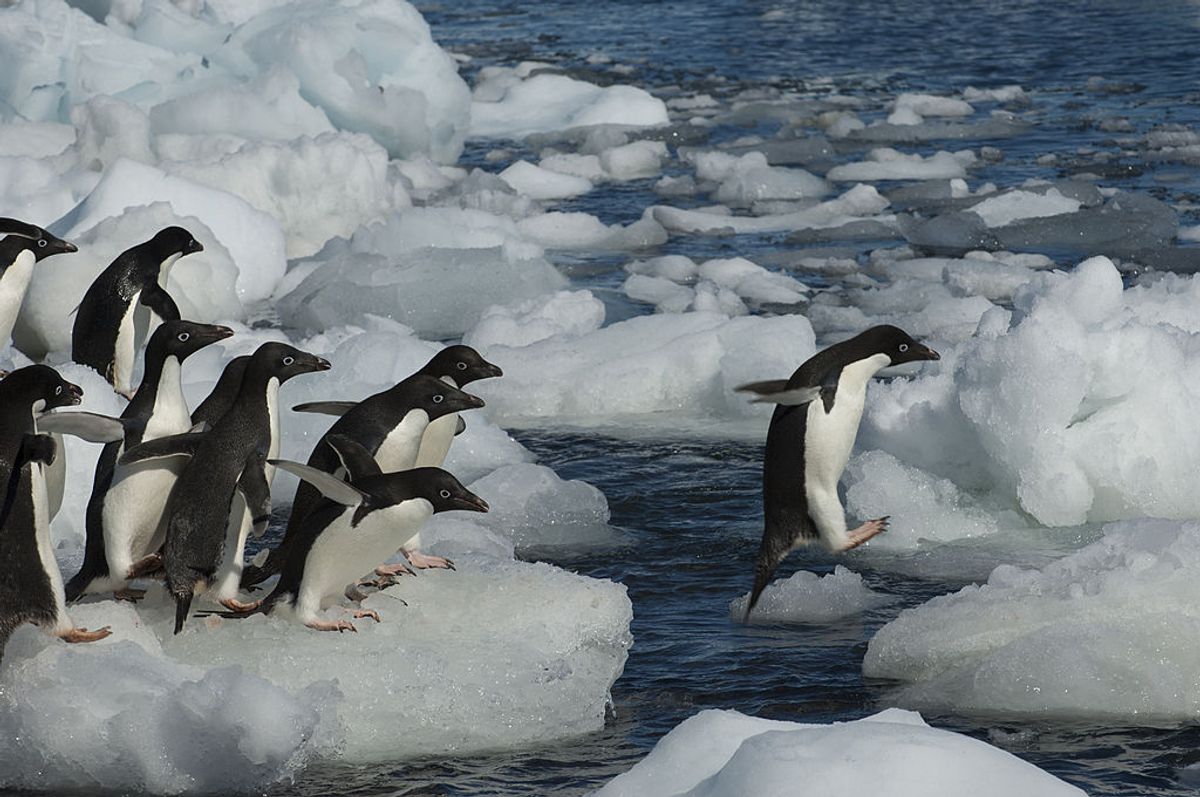 Claim:
A close-up photograph of the alien-like inside of a penguin’s mouth revealed spike-like structures protruding from the bird’s tongue.
Rating:

An otherworldly picture of the alien-like inside of a penguin’s mouth shocked the internet when it made the charismatic, tuxedo-clad bird look as though it came straight out of a horror flick. It also had Snopes readers asking: Could this photograph possibly be real?

A reverse-image search returned more than 1,500 results on social media platforms like Reddit and Imgur, as well as in a variety of news publications since its original publication in 2015. But the original picture was captured by National Geographic Your Shot contributor Clinton Berry.

Titled “When Penguins Attack,” the photograph was shot with a GoPro on Antarctica’s sea ice, about six miles from the continent’s permanent research outpost, Casey Station.

“I studied the movements of the penguins for weeks,” Berry wrote in National Geographic. “They walked in the same area almost every day. We would get maybe a dozen or less going by. The day this was taken there were over 60 penguins. It was a bit of luck involved too.”

There are 18 species of penguins, five of which live in Antarctica and another four that live on sub-Antarctic islands. The bird in the photograph is known as an Adélie penguin, which goes by the scientific name Pygoscelis adeliae. The region has more than 80,000 breeding pairs, all of which are distinguished by the white ring that surrounds their eyes.

Penguins are insulated by heavy fat reserves, which make them well-suited for the frigid temperatures of the southernmost continent. And though they can’t fly, the Oreo-colored birds make up for this inability with their excellent swimming talents. Adélie can dive to depths of more than 500 feet, though they usually feed on fish, amphipods, and krill in the upper 200 feet of the water column. It is this unique form of predation that makes their bizarre mouths so useful.

Penguins don’t have teeth, but they do have teeth-like spikes known as papillae on the tongue and palate that are made of keratin, the same protein found in the nails and hair of humans. Though they lack tastebuds, these keratinized bristles help penguins swallow their prey.

“First off, you may notice that those spiky papillae all point toward the back of the penguin’s mouth. Those work a bit like a fish hook,” wrote the nonprofit conservation organization, Penguins International. “The penguin can grab onto a slippery fish and that food will now only move in one direction — down the penguin’s throat!”

All tongues have papillae – even ours. Known as “protruding papillae,” those found on penguins are just more obvious and typical of food collectors. (If you thought the penguin's tongue was creepy, check out those found in this leatherback turtle.) On the Adélie penguins’ tongue, these papillae look sharp on the top and curve backward toward the back of the mouth, which helps the birds to efficiently slurp down fish at impressive depths. Archives of Histology and Cytology