Does This Photo Show a ‘Real-Life’ Spongebob and Patrick?

The duo was reportedly photographed at a depth of over 6,000 feet. 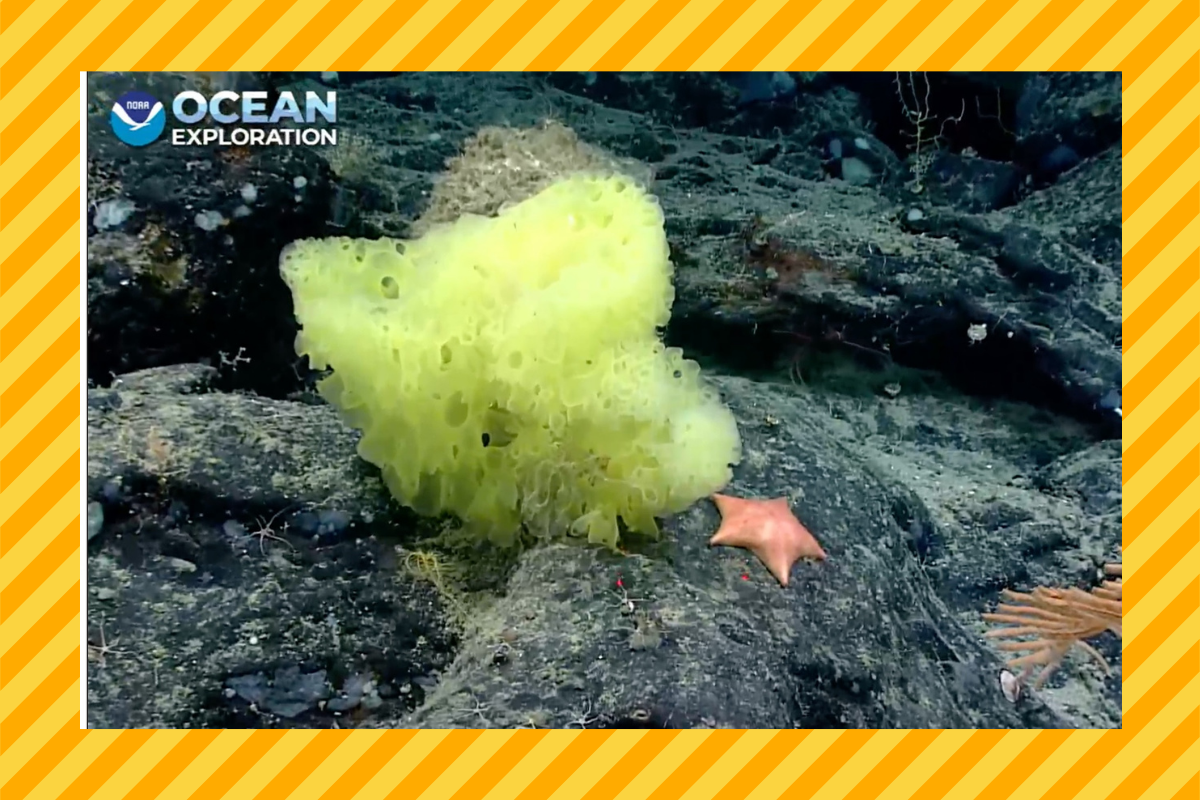 Claim:
A photograph captured by a team of scientists aboard the deep-sea research vessel Okeanos Explorer showed a “real life” Spongebob Squarepants and Patrick Star.
Rating:

A “real-life” Spongebob Squarepants and Patrick Star (of animated TV series fame) swept the internet in early July 2021 when deep-sea researchers captured a photo of a yellow-hued deep-sea sponge and coral-colored starfish located next to each other.

The photograph was captured during an exploratory dive conducted by the NOAA research vessel, Okeanos Explorer, on July 27, 2021. It went viral after a screengrab of the livestreamed dive was shared on Twitter by Christopher Mah, a marine biologist and invertebrate zoologist whose Twitter account focuses on all things deep-sea.

Mah, who is also associated with the National Museum of Natural History and NOAA, identified the sponge as a Hertwigi and the starfish as a Chondraster. But some social media users preferred to stick with the Nickelodeon narrative.

The dive took place on Retriever Seamount, one of four seamounts located within the boundaries of the Northeast Canyons and Seamounts National Marine Monument off the coast of New England. This region is home to a diverse abundance of marine life, including deep-sea sponges and starfish like those captured in the NOAA photo.

“Retriever Seamount is one of the Monument’s four seamounts, which are as tall as any mountain east of the Rockies. The Monument also encompasses three large submarine canyons, all deeper than the Grand Canyon,” wrote Brad Sewell, senior director of the Natural Resource Defense Council ocean division, in a blog post.

The so-called Spongebob and his neighbor Patrick were photographed during the last seamount dive of the organization’s expedition and started at a depth of over 6,500 feet.