Is This a Real Hand With Eight Fingers? 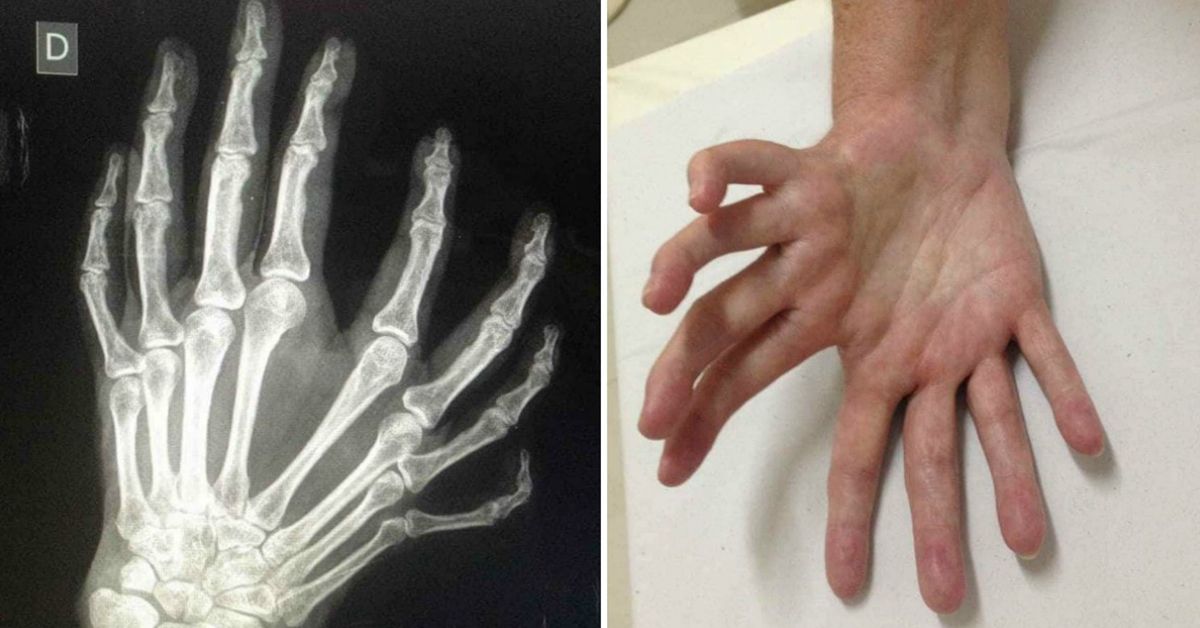 Claim:
A set of images show a congenital anomaly that resulted in an a hand with eight fingers.
Rating:

Whether these particular images showing the syndrome are genuine.

In April 2018, a set of images purportedly showing a hand with eight fingers and no thumbs started to go viral:

Although these images were met with a heavy dose of skepticism, we found several reasons to believe that these photographs are genuine. At the very least, they do depict a real syndrome.

Many Internet users may have encountered these images on Imgur, where they were posted with a humorous title, or various Facebook pages, where they were shared with some misinformation about "mirror hand syndrome." These unreliable posts may have made some viewers especially doubtful about its authenticity.

However, while we cannot say with authorities that these exact photographs are real, they do show a real condition: Ulnar dimelia, a rare congenital anomaly of the upper limb characterized by "duplication of the ulna, absence of the radius and polydactyly":

There have been several documented cases. Dr. Rupesh Namdev of Bilaspur, India documented a similar condition in a seven-year-old girl in 2012. This child also had eight fingers on one hand: Similar cases can be found elsewhere on Radiopaedia.org and the National Center for Biotechnology Information:

The condition can be mitigated with surgery.

Tomaszewski, Ryszard.   "Ulnar Dimelia-Diagnosis and Management of a Rare Congenital Anomaly of the Upper Limb."     Journal of Orthopaedics.   18 February 2015.