Is a 'Rare Dog Breed' in YouTube Thumbnails Real?

A picture of a black and "rare dog breed" with strange stripes appeared in an online advertisement as well as several thumbnails for YouTube videos. 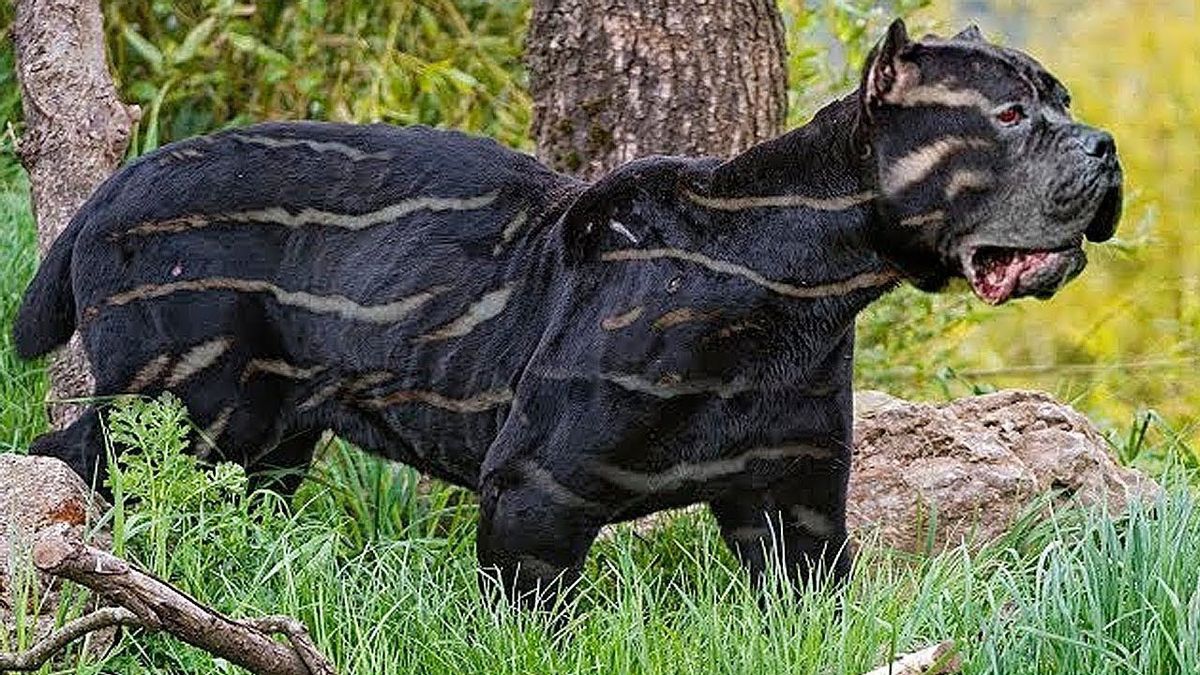 Claim:
A video thumbnail on YouTube of a black animal with stripes shows a "rare dog breed."
Rating:

In May 2022, several YouTube videos about rare dog breeds showed a doctored thumbnail picture of a black "dog" with odd stripes: One of the YouTube videos that showed the image had more than 9 million views.

We also found the same photograph of the animal in an online advertisement. It showed the words, "Family Thought They Adopted A 'Dog', But When The Vet Sees It He Calls The Police." The ad led to a 52-page slideshow article that revealed on page 52 that the story was "a work of fiction created for entertainment." In the end of the story, the veterinarian calls the police because he knew the dog was missing and wanted to make sure it was returned to its owner. This ad led to a 52-page slideshow article that revealed on the last page that it was all a fictional story.

As some readers may be able to tell, this larger version of the "rare dog breed" makes its fakery appear a little more obvious.

We previously reported on other stories that also showed misleading pictures of animals. Some of them also involved YouTube thumbnails, online advertisements, and even fictional stories that involved a veterinarian. For example, there was the photograph of a "giant lion" that turned out to be an image from a print advertisement for Jeep Wrangler Unlimited. We also published fact checks about stories that involved a "giant snake" and "giant crocodile," both of which also included the same veterinarian plotline.

In sum, the picture of the supposed "rare dog breed" had been doctored and originally showed a black panther.