We clicked through a 50-page slideshow article to find answers about a supposed "giant lion" that was featured in an online advertisement. 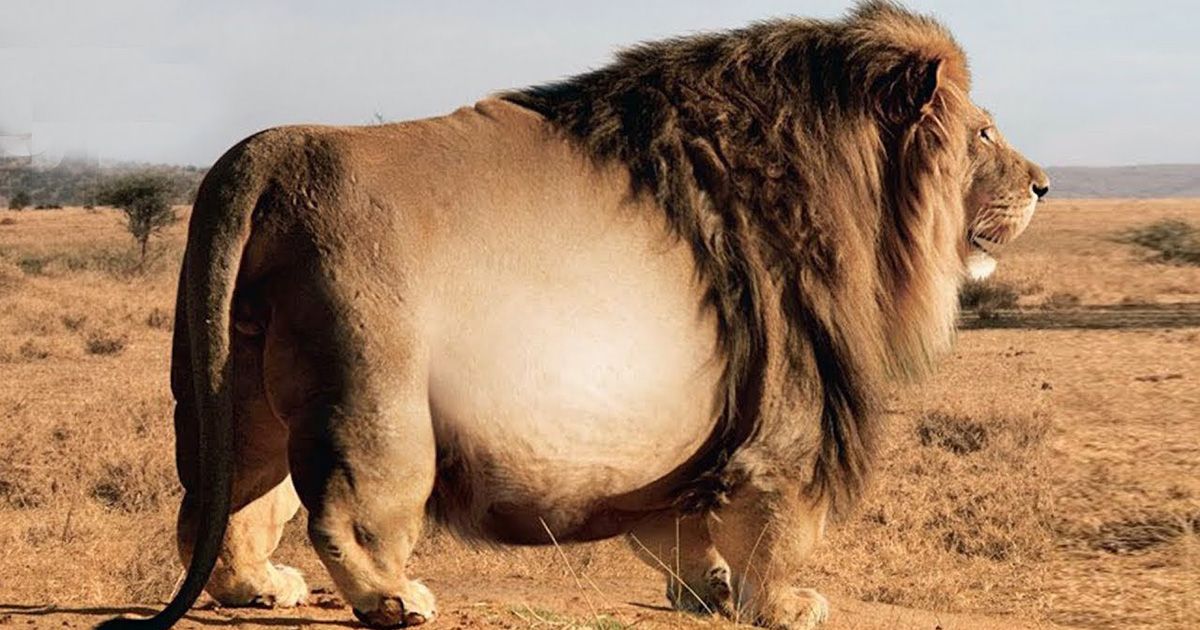 An online advertisement said Rangers Spot Giant Lion and Vet Is Shocked When Looking At The Ultrasound. (Image Via Newshub)

Claim:
Rangers spotted a giant lion and a veterinarian was shocked after looking at the ultrasound.
Rating:

In May 2022, we reviewed an online advertisement that claimed, "Rangers Spot Giant Lion - Vet Is Shocked When Looking At The Ultrasound." A variation of the ad read, "Rangers Spot Giant Lion - You Won't Believe What They Found Inside." The ads, which included a picture of what has been referred to in the past as "fat lion," were also found on news websites such as WalesOnline and Newshub. They were hosted by the Taboola advertising network. It's unclear how long the ads had been displayed online.

The ads led to a 50-page slideshow article. We clicked "next page" nearly 50 times to find answers. It began like this:

Rangers George and Mark couldn't believe their eyes when they saw the lion in the distance. It looked very weird, it looked like he wanted the rangers to help him. George immediately called the local veterinarian, who didn't know what she encountered. She had never seen anything like this before. When the vet saw the ultrasound she immediately called the police.

But what was wrong with the Lion? And what did the vet see?

When the vet called the police, they told her that they would come her way immediately. This lion needed special help from more than just a vet. This lion needed surgery, as there was obviously something strange going on in its stomach. It might even be a life or death situation...

By the end of the 50-page story, the rangers and veterinarian found "a piece of meat that was not digested properly" and "a small microchip embedded inside of the meat."

However, this was not a real story. On page 50 was this small bit of text: "This story is a work of fiction created for entertainment. Characters and events are the products of the author’s imagination. The images shown are used for illustration only."

Aside from the ads, the picture of the "giant lion" has also been featured as a YouTube thumbnail:

This video never ends up mentioning the picture of the "fat lion" that was shown in the thumbnail.

We also found that it had been used in a tweet by conservative media personality Ben Shapiro in 2015. It came after the third Republican presidential debate on Oct. 28, 2015. Shapiro tweeted: "Donald Trump IS Fat Lion. And if you poke the Fat Lion, your face will be eaten, as John Kasich learned."

So where did this photograph of the lion with the big belly come from? According to Adeevee.com, it was included in a design for part of an ad for Jeep Wrangler Unlimited in 2008. While an art director and several other people who worked on the ad were mentioned by name, we noticed that a photographer was not credited. This story will be updated if we find out more information regarding how the ad was created: We previously reported on similar stories that resulted from ads about a "giant snake," "giant crocodile," and an exceptionally large horse. In the cases of the snake and crocodile, both were also works of fiction about a veterinarian supposedly finding something in the animal's belly.

In sum, this particular story of a "giant lion" being spotted by rangers and a veterinarian was nothing more than an arduous piece of fiction.