Rand Paul Tweeted That Purpose of Second Amendment Is to Shoot at Tyrannical Government?

A genuine tweet posted by the Kentucky senator was circulated out of context after lawmaker Steve Scalise was shot in Virginia. 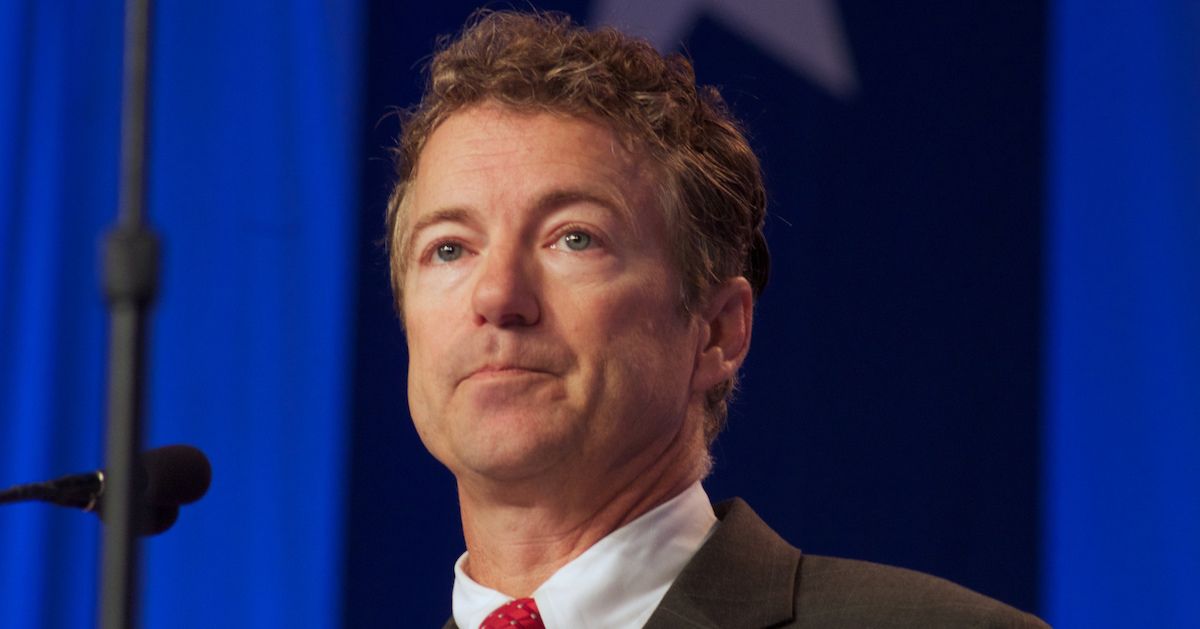 Claim:
Rand Paul tweeted that the Second Amendment wasn't designed to protect our right to shoot deer, but the government when it becomes tyrannical.
Rating:

Rand Paul's Twitter account posted a message that said the Second Amendment was created not to "shoot deer," but to allow people "to shoot at the government when it becomes tyrannical!"

Paul was quoting a comment from Judge Napolitano, and a spokesman asserted that the tweet had been posted by a staffer.

In the aftermath of a 14 June 2017 shooting in Alexandria, Virginia that left lawmaker Steve Scalise in critical condition, several outlets penned articles in an attempt to parse out what may have sparked the violent act. Was the media responsible for creating a hostile climate? Was it President Trump's rhetoric? Were Democrats at fault for stirring anti-Trump sentiment? Or were Republicans to blame for supporting gun rights after other mass shootings?

Some pointed a finger at Senator Rand Paul for tweeting in June 2016 that the Second Amendment was created to allow citizens to shoot government tyrants:

.@Judgenap: Why do we have a Second Amendment? It's not to shoot deer. It's to shoot at the government when it becomes tyrannical!

This message is genuine. It was posted by Paul on 23 June 2016, and remains on his timeline. However, the words in the tweet are not Paul's; they are a quote from Judge Andrew Napolitano, Fox News judicial analyst and author. His Twitter handle, @Judgenap, appears at the beginning of the tweet to show that Paul is quoting Napolitano, who at the time was speaking at a lecture series Paul organized.

Paul posted several tweets promoting Napolitano's appearance at the lecture series, as well as a few others that quoted his speech:

.@Judgenap on Second Amendment: No fly, No buy sounds nice, it even rhymes! But how does one get on the list? They won't tell you. Absurd!

Although we have not been able to locate a recording of Napolitano's speech, this idea — that the purpose of the Second Amendment is to shoot government tyrants — has been one of Napolitano's talking points since at least 2013.

Napolitano made a similar comment during an appearance on Fox News:

The judge also wrote an article for the Washington Times in 2013 that employed a similar phrasing (emphasis ours):

The viral tweet was did not reflect a quote from Paul himself. According to his communications director, Paul didn't even write the tweet that appeared on his timeline:

"Senator Paul never said those words," Sergio Gor, the communications director for the senator, told BuzzFeed News. "The tweet you reference was part of live tweeting of someone else’s speech and it was done by a staffer."

One could certainly argue that Rand Paul endorsed this message (he invited Napolitano to speak and the message was broadcast from his Twitter account), but these weren't Paul's own words. This statement originated with a speech delivered by Judge Napolitano, and it was posted to Paul's Twitter account by a staffer.

Lytvynenko, Jane.   "Here's The Misinformation Going Around About The Alexandria Shooting."     Buzzfeed.   14 June 2017.

Lytvynenko, Jane.   "Here's The Misinformation Going Around About The Alexandria Shooting."     Buzzfeed.   14 June 2017.