Was Rajon Rondo Traded for Anthony Davis in a Five-Team Deal?

An NBA trade report involving Rajon Rondo and Anthony Davis was nothing more than repetition of rumor. 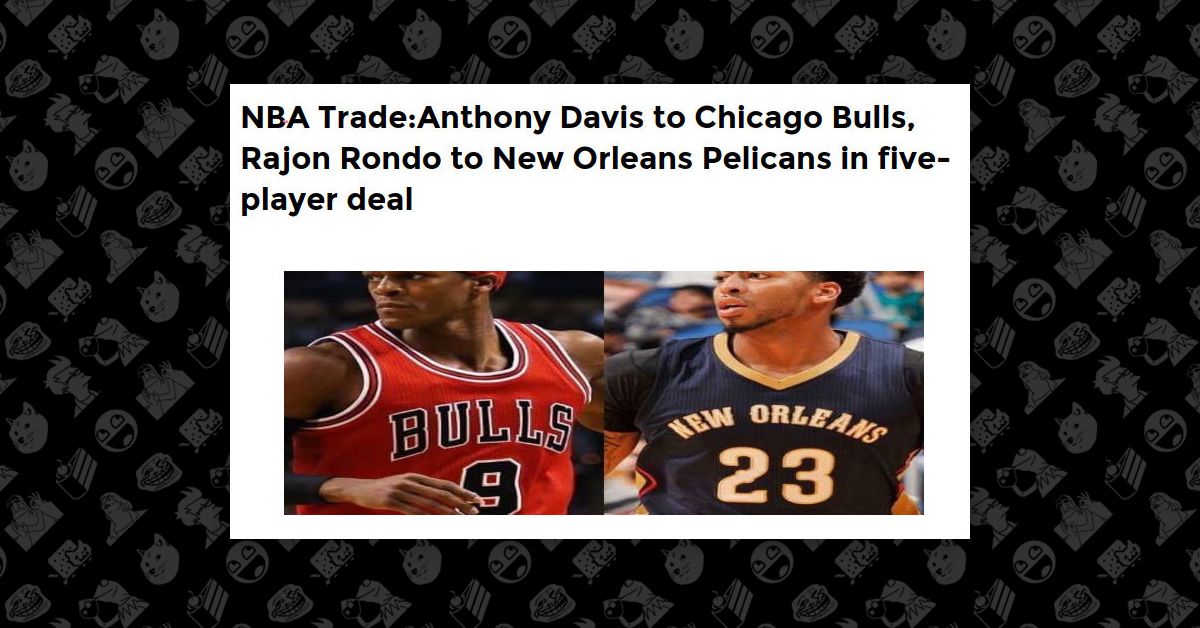 As the Chicago Bulls and the New Orleans Pelicans struggled during the first half of the 2016-2017 NBA season, their players were the subject of numerous trade rumors. On 5 January 2017, the web site NBA Love It published a story about one of these rumors under a misleading headline that led many to believe that Bulls point guard Rajon Rondo had been traded for Pelicans power forward Anthony Davis as part of a five-team deal: Although the article's headline stated that Davis and Rondo had been traded, the actual text of the article made no such claim. It did not list the five teams that would be involved in the trade, nor did it say that any trade deal had been finalized. In fact, the article ended with a question that made it clear the report was just speculative musing: "Will Anthony Davis joining Jimmy Butler and Dwyane Wade in the Chicago Bulls? Stay tuned for more NBA trade rumors and updates."

The NBA Love It  piece was largely based on a November 2016 article published by FadeAway World which speculated that Anthony Davis, who was born in Chicago, would be traded this season and that the Bulls were a good option for him. The article on that web site, however, was clearly titled in a way that let readers know that it essayed a rumor and not an actual trade report: "NBA Trade Rumors: 3 Best Destinations for Anthony Davis."