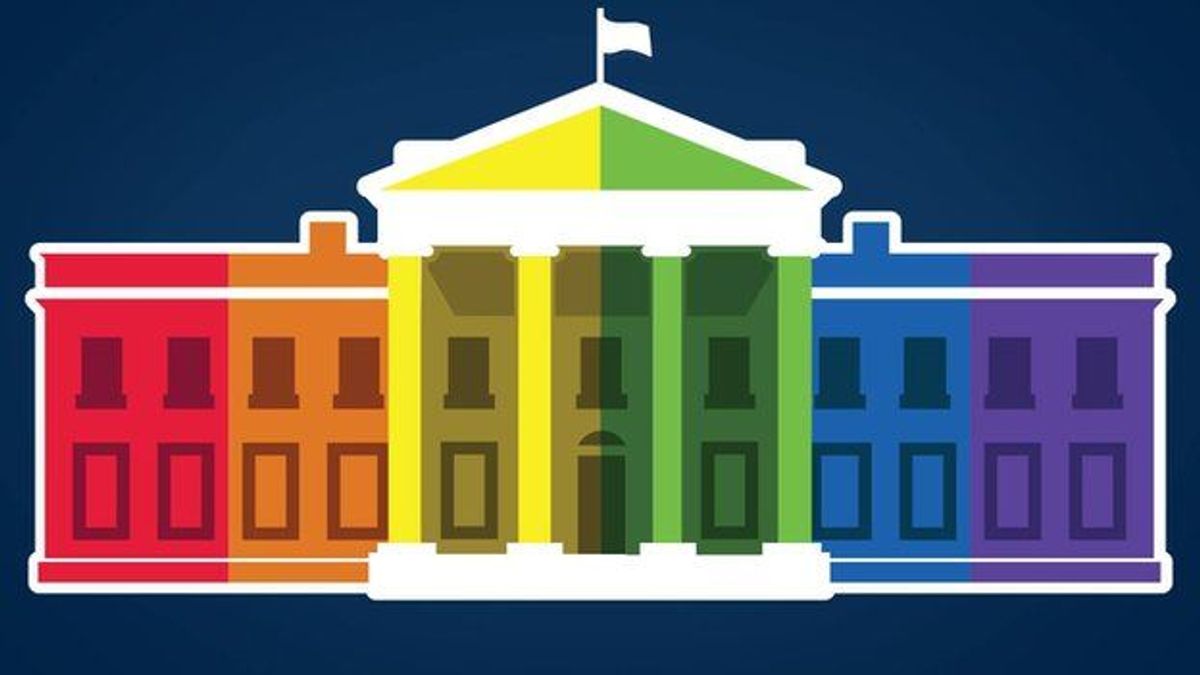 FACT CHECK:   Was the White House bathed in rainbow-colored lighting in celebration of a Supreme Court decision affirming same-sex marriage as a constitutional right?

Claim:   The White House was bathed in rainbow-colored lighting in celebration of a Supreme Court decision affirming same-sex marriage as a constitutional right.

Did the white house change the bulbs to represent a rainbow in support of gay marriage? The above-displayed image proved to be a strange sight for many. So much so that some viewers doubted the photograph was for real.

The picture was genuine however, snapped by photographer Chuck Kennedy and posted to the official White House web site on 26 June 2015:

The White House is lit with the colors of the rainbow in celebration of the Supreme Court ruling on same-sex marriage, June 26, 2015. (Official White House Photo by Chuck Kennedy)

The lighting scheme was proposed by an aide and funded by gay rights organizations:

[Senior adviser Valerie] Jarrett’s aide Aditi Hardikar, the LGBT liaison in the White House Office of Public Engagement, suggested they illuminate the White House with a rainbow if the Supreme Court legalized same-sex marriage. Working with the first lady’s chief of staff, Tina Tchen, Jarrett and her aides consulted with the National Park Service and U.S. Secret Service and got gay rights organizations to underwrite it so it did not cost the taxpayers money.

America should be very proud. #LoveWins

On 29 June 2015, President Obama remarked on the rainbow-lit White House during a press conference:

"I didn't have the chance to comment on how good the White House looked in rainbow colors ... to see people gathered in the evening on a beautiful summer night and to feel whole and to feel accepted and to feel they had a right to love, that was pretty cool. That was a good thing."