Are These Rainbow Mountains Real?

An image purportedly showing a rainbow-colored mountain range in California was digitally manipulated. 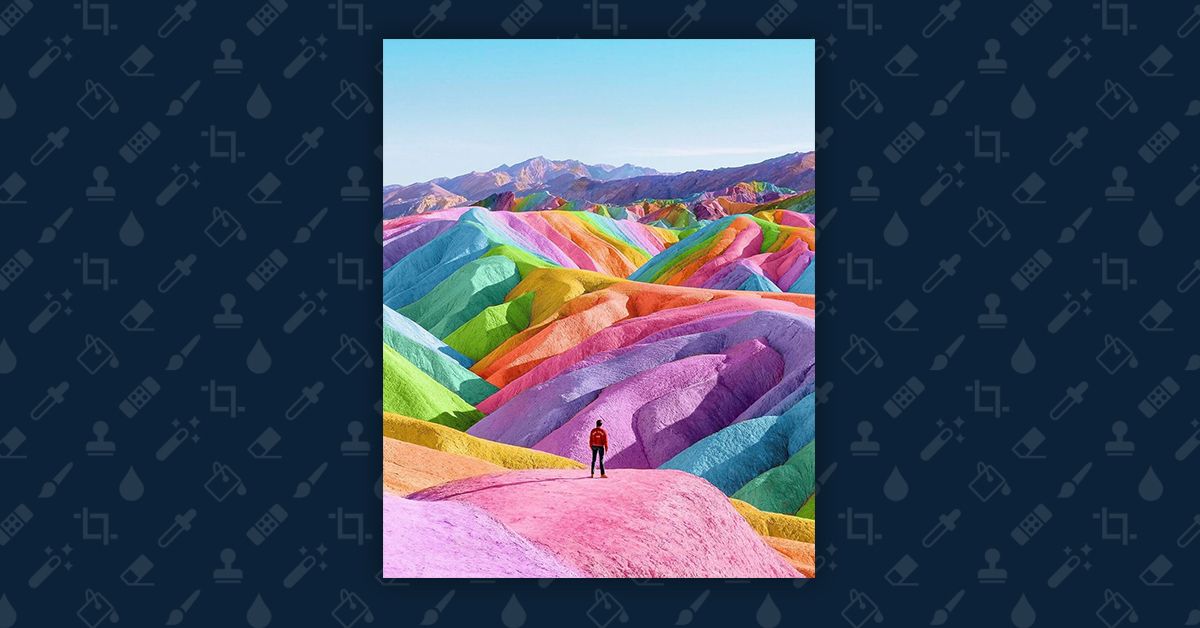 Digital artist Ramzy Masri created the image, which he originally posted to his Instagram account on 7 February 2017 as part of his #SpectrumEdit series:

You're off to Great Places! Today is your day! Your mountain is waiting, So... get on your way! My #spectrumedit series reimagines photography from some of my favorite accounts. @chriscreature has an incredible feed full of dreamy, magical moments like this one. ?⛰

In this case, Masri digitally rainbow colors to a photograph taken by Christopher Hainey:

Although this image of a rainbow-colored mountain is fake, the world does have some colorful mountain ranges. Part of Ausangate, a mountain in the Peruvian Andes, is often referred to as the "Rainbow Mountains" due to its colorful appearance. Some were apparently unimpressed by nature's beauty, however, as a digitally enhanced version of these mountains was also circulated on social media.